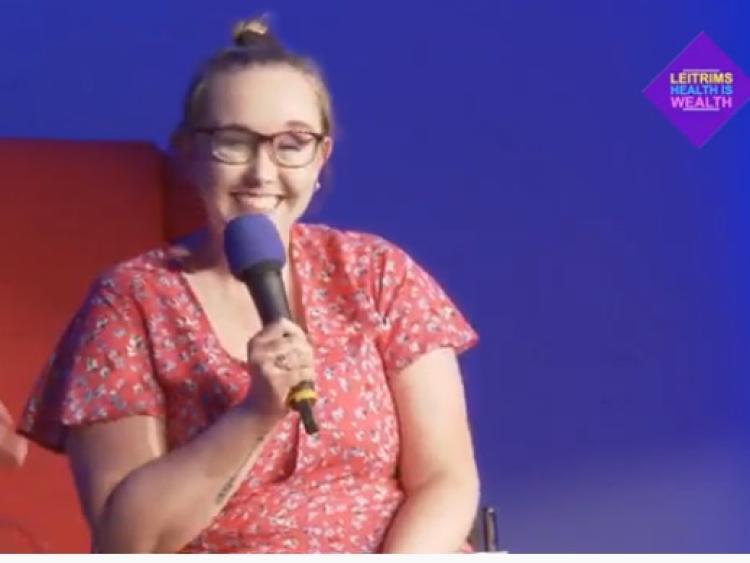 Gemma Willis suffered life changing injuries following a road traffic accident in 2015 when she was was just 21-years-old.

"I was in college studying to be a chef. I was working full time as a pastry chef...I had a boyfriend and then that August, myself and my mum were involved in a bad car accident," explained Gemma at Leitrim's Health Is Wealth 2020.

Speaking at the seminar in Carrick-on-Shannon, Gemma detailed how she was asleep in the back seat of her family's car, heading home to Carlow when the accident occurred.

Despite the doctors saying that she had little chance of survival, her family refused to give up on her and she awoke after a 6 week induced coma in hospital, to the news that her right leg had been amputated and she was now paralysed from the waist down.

She spent nine months in the Mater hospital  having 14 surgeries to "put me back together" and then spent seven months in Dun Laoghaire at the rehabilitation centre.

She said when her parents told her what had happened she initially thought "it's a dream. I am going to wake up".

"It wasn't till I was actually being hoisted on the plinth in the gym in the Mater (Hospital). It was my first time sitting up properly and I looked down and saw I was missing a leg and that's when I bawled," she told the audience.

She said the hardest thing to accept was losing her leg and when she went back to her room that day she passed a man in a room opposite her and she told her parents "I wish I was like him". When they said "Why? He's paralysed from the neck down" she told them "but he has two legs".

Gemma candidly admits: "I don't give a damn that I broke my back. I'm in a wheelchair, big deal, it's my leg (losing it) that it is the hard thing to accept."

She said she doesn't know where it comes from but despite the accident and her long road to recovery "I am more confident now than I ever would have been".

"I really don't know where this positivity has came from. Maybe it's because I am so laid back I am not bothered by things. I don't know. I don't focus on the bad things I just focus on all the good things," she said.

Even before the accident she had always had great self belief and Gemma detailed how, as a young child, her father would ask her to do something on his phone and when she would do it, he'd ask her how she managed it.

"Ah sure I'm amazing, what do you expect" she would reply, adding that she used to get "given out to" and was told she "sounded so cocky".

Yet when she was coming out of her coma , one of her cousins turned to her father and said: "she really is amazing".

Since her accident, Gemma has become a motivational speaker, speaking to young people and encouraging them.

Gemma also talks about her accident and the impact one moment has had on her life, so that those she speaks to understand how lives can be utterly changed by an accident.

Her one piece of advice for people is: "everything is meant to happen for a reason. My accident, as I say for whatever messed up reason it was meant to happen, it happened. In ways my life is better now in ways that it wouldn't have been if it hadn't happened.

"Look at what I'm doing. I'm here tonight. If this was five years ago I would be in the kitchen doing orders. I never got these opportunities before."

This summer Gemma is going on the tall ships for a week with Spinal Injuries Ireland and the is plan is to get back working and get back driving within the next year.

For Gemma, life is about looking towards the future, continuing to challenge herself and living life to the full.