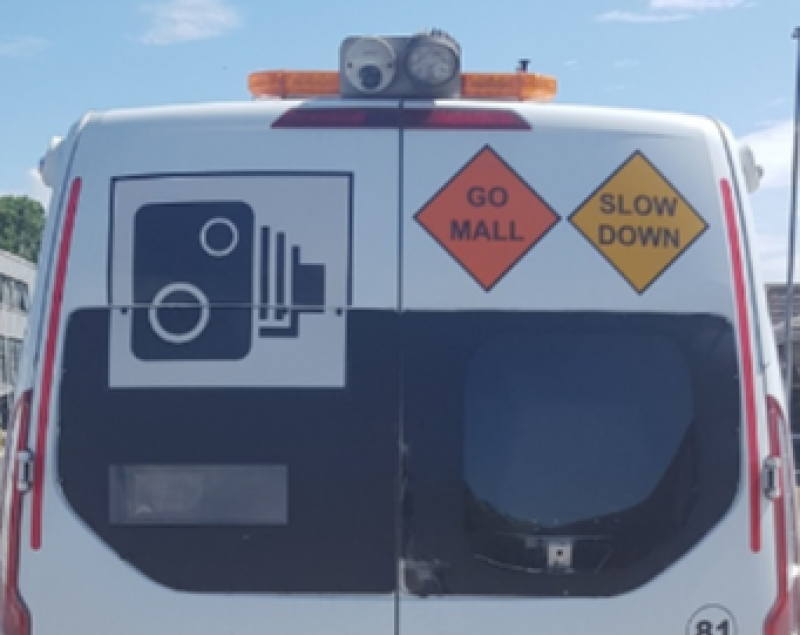 An Garda Siochana have announced that 903 new safety camera zones have come into effect from 6am this morning, Monday.

Since 2010, An Garda Síochána has contributed to making our roads safer through the use of safety cameras, using a service provider ‘GoSafe’ to operate them on its behalf.

The primary purpose of safety cameras is to reduce speed related collisions, lessen injuries and save lives.

Safety cameras operate in areas where there is a history of speed related collisions, known as speed enforcement zones, using a fleet of marked vehicles* (see attached image).

Road deaths have decreased from 415 in 2000 to 148 in 2019 (provisional). This shows a dramatic reduction in terms of risk and a huge increase in terms of road safety.

All zones are available on the Garda website and available for GPS Navigation providers such as Garmin, TomTom, Google Maps or Waze to download.

An Garda Síochána recently initiated an updated collision analysis of the road network based on the most recent available collision statistics. The objective was to take a proactive approach in the prevention of fatalities and life changing injuries by identifying ‘GoSafe’ monitoring locations and in particular areas not currently being monitored by ‘GoSafe’ where collisions occurred.

The review also identified locations where the compliance levels had increased, fatal and serious injuries had significantly reduced.

These 575 collision prone zones have been removed from the list. It is acknowledged that this implies improved behavior by drivers at these locations.

Collision data from the Garda Pulse system was extracted. The data analysis included type of collision (fatal serious and minor) and the coordinates of where each of these took place.

The data looked at the previous three years from January 2016 – December 2018 and consisted of approximately 18,000 data points.

Each type of collision (fatal, serious, and minor) was assigned a weighted value. As a result of this comprehensive analysis, potential zones were identified:

In total, there are now 1,322 speed enforcement zones nationwide where safety cameras will operate effective from 06am this morning, Monday, February 17.

Superintendent Tony Lonergan of the Garda National Roads Policing Bureau said today:
"We now have an increased number of safety camera zones with the introduction of 903 new zones commencing from 6am on 17th February.

"The safety cameras are proven life savers and only operate in areas which have a speed related collision history where fatal, serious injury and now minor injury collisions occur. By identifying and targeting these high risk areas our aim is to continue to reduce the number and severity of collisions, thus save more lives and prevent more injuries from occurring. This makes the roads safer for every road user.”

Superintendent Lonergan continued: "There is no doubt these safety cameras save lives. Saving lives and preventing injuries is one of our top priorities and we urge every driver to become familiar with the full list of speed enforcement zones, available on the Garda website.

"We appeal to all drivers to drive safe, complying with posted speed limit signs not just for the GoSafe zones but for the duration of their journey. Reducing your speed will save lives and make the road safer for all.”

Commenting on the announcement Ms. Moyagh Murdock, Chief Executive, Road Safety Authority said: "Speed remains the single biggest contributory factor to road deaths in this country and is estimated to be a factor in a third of fatal crashes. Driving too fast increases your risk of being involved in a crash and increases the severity of a crash.

"Safety cameras have been in operation in this country for a decade now and are proven lifesavers. Deaths and injuries, as a result of speeding, in collision prone zones where they are located have dropped. I welcome this review of locations by An Garda Síochána, which is based on speed related crash data and I would remind people that the locations can be found on the Garda website.

"The locations are also being shared with satellite navigation companies. That’s because this whole project is about stopping people from speeding not catching people speeding. So there really is no excuse.”

The rollout of new speed detection devices to Roads Policing Units is ongoing and Gardaí will continue to enforce the speed limits nationwide in addition to the ‘GoSafe’ consortium who will operate at camera safety zones.