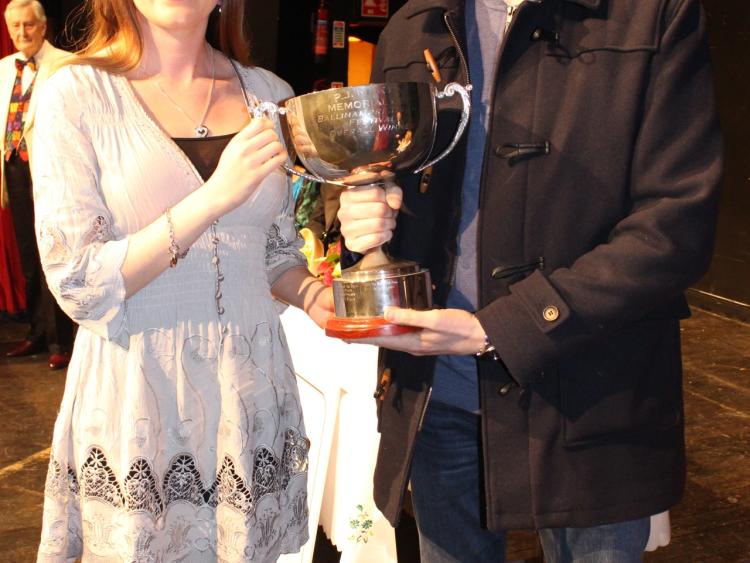 The 39th annual Ballinamore Drama Festival commences in The Corn mill Theatre, Carrigallen on this Friday night, March 6.
The festival runs for eight consecutive nights, starting at 8pm and closes on Friday March 13. Season tickets, costing €55 for the 8 nights, are on sale in Murphy’s shop, or at the ticket office.

Admission nightly is €10 with a €6 concession rate for senior citizens and students.

The festival is honoured to welcome back Adjudicator Geoff O’Keeffe from Drogheda. Geoff, a member of the Association of Drama Adjudicators, is a theatre director and actor. He has adjudicated the All Ireland One Act, Confined and Open Finals.
Liam Scollan, a Leitrim native, now residing in Sligo, will perform the official opening. Liam previously led the Western Development Commission and Ireland West Airport Knock. He has become very well known around Ballinamore since his work on the Ballinamore Area Strategy – Priority Plan in 2018 and more recently in his role with the Peace Impact Programme.

There are four groups, from Shercock, Enniskillen, Lisnaskea and Tubbercurry, competing in the Confined Section and groups from Dublin, Ballybofey and two from Wexford, in the Open Section.

This Friday, Dalkey Players, Dublin open the festival with Sarah Ruhl’s Eurydice.
With contemporary characters, ingenious plot twists, and breath-taking visual effects, the play is a fresh look at a timeless love story.

On Saturday Ballycogley Players, Wexford perform Dreamland by Jim Nolan. A complex thought provoking play that manages to be heart-warming and entertaining.

On Sunday Sillan Players, Shercock, stage At the Black Pig’s Dyke written by Leitrim man, Vincent Woods. The play, set on the border, is a story of murder, mystery, fairy tale and love.

On Monday, March 9 Enniskillen Theatre Company perform Conor McPherson’s The Night Alive. Separated father Tommy, rescues a prostitute, Aimee, who has been beaten up by her boyfriend and brings her back to his bedsit. It's a chance encounter that reveals much about both of them, and brings trouble into Tommy's humdrum existence.

On Tuesday, March 10, The Knocks Drama Group, Lisnaskea perform The Cavan Curse written by Cavan man, John McManus. Cavan have reached the All-Ireland final against Kerry, they haven’t won since 1952. They know only too well that Cavan had a curse put on them, there are many twists and turns until it all comes down to the last kick.

On Wednesday, March 11 Butt Drama Circle, Ballybofey perform Steel Magnolias by Robert Harling. The play is a comedy-drama about the bond among a group of Southern women in northwest Louisiana.

On Thursday, 12 Phoenix Players, Tubbercurry stage Brian Friel’s The Communication Cord. Set in a restored thatched cottage close to the sea in the remote townland of Ballybeg, Co Donegal, it is a farce which is preoccupied with language and its powerful effects.

The festival concludes with the Wexford Drama Group’s performance of Closer written by Patrick Marber on Friday, March 13. In 1990s London four single people find each other repeatedly over a four-year period but will they get any closer? The play is over 18s only.