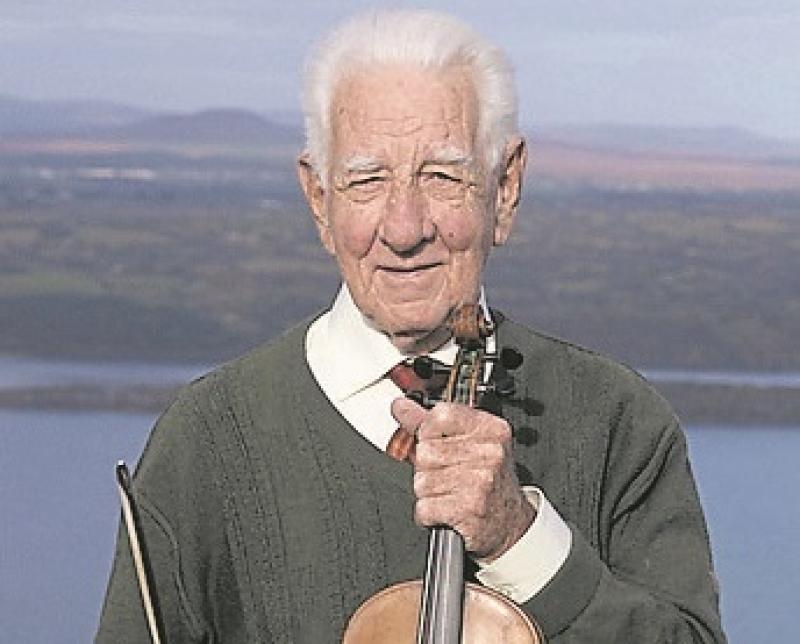 Tributes have been paid following news of the passing of acclaimed Leitrim musician, Ben Lennon.

Born in Kiltyclogher, North Leitrim in 1928, Ben was one of four sons born to fiddler Jim Lennon and Sally McGriskin.

He began learning music with Sean O’Donoghue and also learned from Fermanagh fiddlers John Timoney and John Gordon and from piper, flute-player and fiddler John McGovern.

A tailor by trade, like this father, Ben studies in London before working in Limerick, Cork and Donegal but it traditional Irish music that held his heart.

This love was something he passed on to the next generation and his son, Maurice, was the founding fiddle-player with Stockton’s Wing.

In 2011 Ben was awarded the TG4 Gradam Ceoil Lifetime Achievement Award for his love and dedication to his craft.

Chairperson of Leitrim Comhaltas, John McCartin, issued a statement of condolence to the Lennon family on Ben's passing.
"Over the course of his long life, Ben taught, influences and encouraged thousands of musicians. His nature was reflected in the understated brilliance of his music. All those he encountered, remember him with great fondness. He leaves behind an invaluable legacy for which our tradition will be eternally grateful. May he rest in peace."

The Kiltyclogher community also offered their condolences noting on the KiltyLive Facebook page: "RIP Ben Lennon and condolences to the Lennon family. Thank you for all the Days. What beautiful tunes and stories. Thank you."