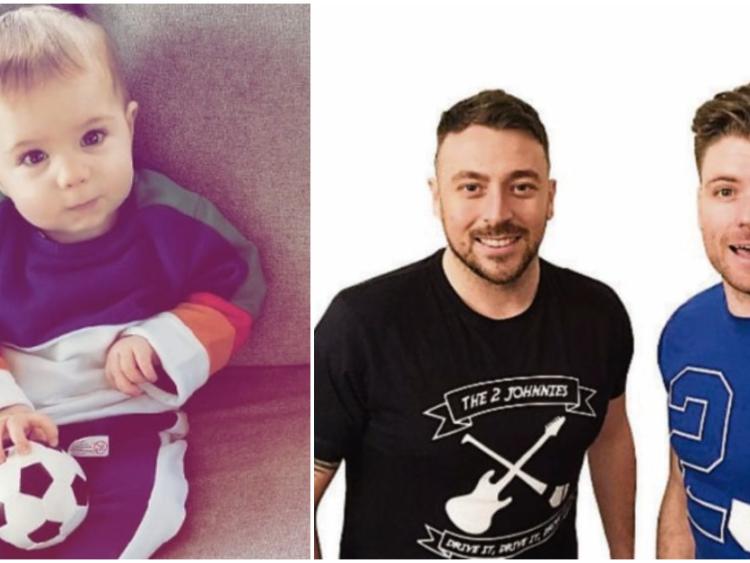 One half of the well-known comedic duo The 2 Johnnies has bleached his hair for the 'Do it for Dan' campaign in aid of little Dan Donoher from Co. Laois.

Johnny McMahon, better known as Johnny Smacks, alongside his co-star Johnny O'Brien, or Johnny B, make up the Tipperary comedic duo The 2 Johnnies known for their sketches, songs, podcast and live shows.

More than 20,000 people have donated a total in excess of €750,000 for the son of Laois football greats Niall and Aisling (nee Quigley) Donoher, 1-year-old Dan was diagnosed with a rare life-threatening disease called Spinal Muscular Atrophy (SMA) Type 1 and Scoliosis.

Dan was diagnosed with the rare genetic neuromuscular disease back in December which has a life expectancy of 18-24 months. A groundbreaking treatment, Zolgensma, is  in the US but at a cost of 2.1 million dollars for a once-off infusion. The treatment can substantially improve quality of life, and survival rates of this horrific disease.

Johnny Smacks joined the nationwide campaign that has taken over social media in recent months, pledging to bleach his hair blonde if the public weighed in behind little Dan.

The Tipp man followed through on his promise too as revealed on his Instagram page last night.

Spot the difference . . . I said if people donated I’d bleach the head and Fair play to everyone who donated to @doitfordan20 it’s a great cause, let’s keep it going.