UPDATE: The forest fire outside of Ballinamore is now under control and Leitrim Fire Service units have left the scene 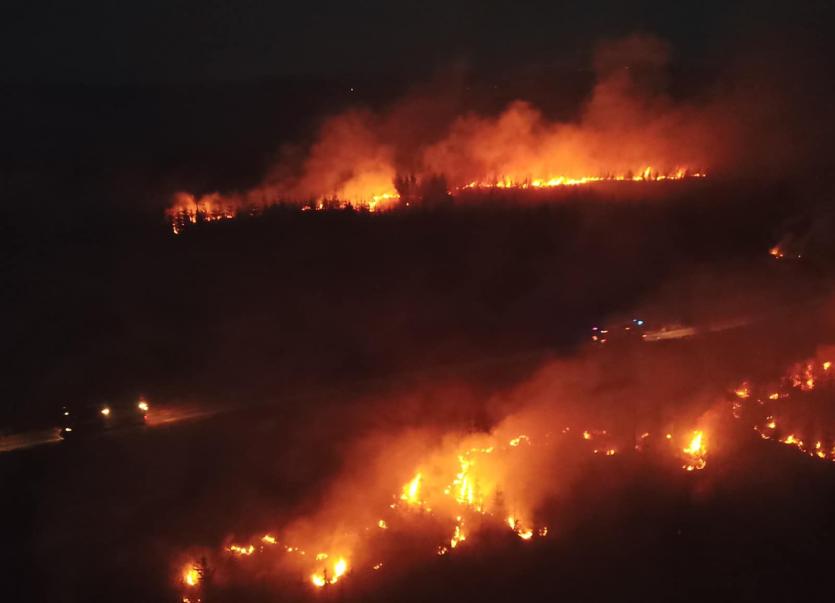 The firefighters battled the blaze from Monday afternoon through until the early hours of this morning, Tuesday, April 21 and a helicopter was also called in to assist with fire fighting operations.

Finian Joyce, Leitrim Chief Fire Officer confirmed that the blaze was a forest fire and added that it is now under control and is being monitored by Coillte.

"Leitrim Fire Services are no longer at the scene," he said.

"The advice from Leitrim County Council Fire Services is for people to be extremely careful with fires in this exceptionally dry period of weather and the burning of vegetation is upland areas is strictly forbidden."

See below video of crews battling the blaze courtesy of Ballinamore Area Photos and Beyond Facebook page.