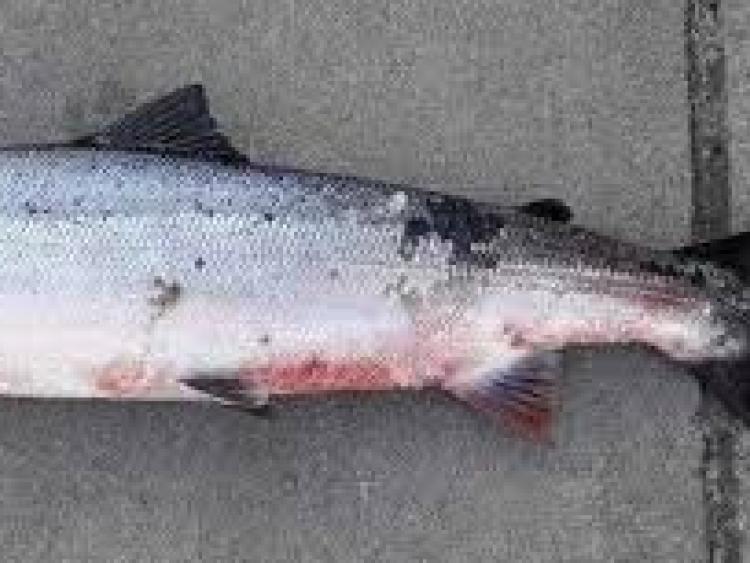 Low incidences of this disease were first documented in 2019 in several European salmon stocks. In the past few weeks, suspected cases have again been reported in small numbers of returning salmon in Denmark, Norway and Scotland.

In Ireland last year suspected incidences of RSD were reported in 56 salmon from 17 rivers throughout the country.

The majority of these reports were in June and July with only single incidences reported prior to and after this time.

Salmon affected by RSD have a characteristic red-spotted rash on their underbelly and may appear lethargic or moribund.  The rash can either be localised or extend along some or most the length of the fish.

As the disease progresses, skin lesions, signs of bleeding and skins ulcers can develop primarily along the belly area and extend to the head and tail.  Secondary fungal infection can further develop which may ultimately result in death of the salmon.

Within the operational constraints imposed by the COVID-19 National Public Health Emergency, IFI staff are continuing to liaise with the Fish Health Unit in the Marine Institute and international colleagues to monitor and respond to the situation.

As part of this, where practicable, anglers and fishery owners are asked to report any incidences of salmon with signs of RSD to IFI to help determine the occurrence of the disease nationally.

Anglers who capture such salmon are advised to follow normal biosecurity procedures and disinfect tackle, waders and equipment.

Until the cause of the disease has been determined and the risk of spreading the disease established, affected salmon should not be removed from the water.

Dr Paddy Gargan, Senior Research Officer at IFI said: “We are asking anglers and fishery owners to remain vigilant and report any catches of salmon with signs of this disease to us as soon as possible within the constraints imposed by the Covid-19 National Public Health Emergency.”

Anglers are asked to forward any reports of salmon with signs of RSD along with photographs and an estimate of fish weight to salmonhealth@fisheriesireland. ie or notify them by calling IFI’s 24 hour confidential hotline number on 1890 34 74 24 or 1890 FISH 24.