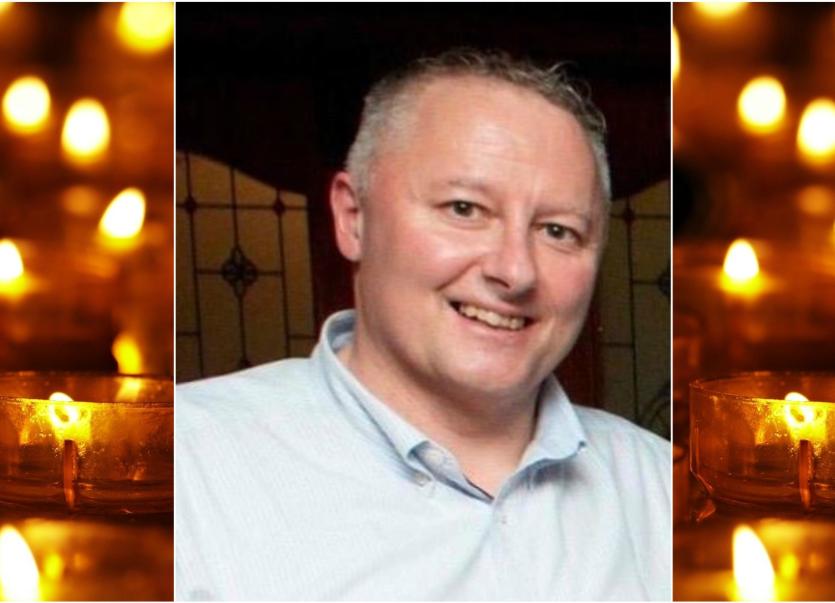 It seems when God takes the young he takes only the very best. Those were the poignant words that rang through St James' church in Charlestown this afternoon as the local community, as well as members of the Castlerea community and a large number of Garda members gathered for the state funeral of Detective Garda Colm Horkan who was tragically shot and killed late on Wednesday night.

"The gunshots that rang out in the early hours of (Thursday) morning echoed not just in the town of Castlerea but right across the country, spreading a story of tragedy and sadness and the loss of life of a Detective Garda," said Monsignor Tommy Johnston PP in his homily.

"A news reporter on an early morning bulletin said the community of Castlerea is shocked and deeply saddened by this death.  The name has not yet been released but we know he was from Mayo and so another community will be shocked and saddened by this death, and I thought, I pity the priest who has to do that funeral. Little did I think I would be that priest and that the Detective Garda was Colm."

Among the mourners were a large delegation of members from the Longford/Roscommon Division of An Garda Síochána, including Superintendents Jim Delaney and Seamus Boyle.

"Colm Horkan was a good man, one of nature’s gentlemen, that and more, as someone said. On Friday night as his body was brought back home, hundreds of people lined the streets from the GAA pitch to his home," said Minsignor Johnston.

"As the hearse passed on its way, those lining the street joined in a silent walk of welcome for a man who was dearly loved and respected in the community. Old and young gathered for that walk with the various teams, senior and underage, women and men flanking the hearse and the following cars, a silent salute for a man whose voice was gentle and his approach respectful. That gentleness and respect earned the good will of so many and endeared him to young and old.

"Today we have gathered in the church to bring Colm before the Lord with prayer. This is the church where Colm was baptised where he received his First Communion and Confirmation, here for a number of years he was a Minister of the Word and now he is here for the final farewell.

Our colleagues in Europol flying the Irish National Flag at half-mast today in respect of Detective Colm Horkan #ColmRIP https://t.co/u5um9szQQO

"As we pray our farewells for Colm we remember also in prayer his family and the many friends who mourn his passing. We sympathise with his Dad, Marty, his brothers Brendan, Aidan, Paraic, Dermot and his sister Deirdre, his nephews, nieces, his sisters-in-law and aunts and uncles, his colleagues in the Garda Síochána, the community of Charlestown, his home, and the communities of Ballagahaderren and Castlerea where he served.

"Service is such an apt word for Colm for he truly was a man of service, dedicated and diligent.  Colm loved his life as a guard and gave it his complete commitment."

Detective Garda Horkan was cruelly taken from us during a time when frontline workers were widely recognised for the sacrifices they make on a daily basis for the communities they serve. Covid-19 has seen a huge show of support for frontline workers and that surged to a head on Thursday when the news broke, plunging the entire nation into shock and mourning.

"One of the good things that have emerged from Covid-19 is that it has helped us to recognise the importance of our frontline workers and up there, very much to the fore, are our guards helping to keep the nation safe," said Monsignor Johnston.

"Their work never ceases, 24/7 a guard is on duty, in the words of a prayer they ‘watch over us while we sleep and protect us while we are awake’, under the protection of their patron, Blessed Michael, the Archangel. We thank our guards for their commitment and dedication. Long may we be blessed by men and women of true dedication and service, men like Colm Horkan."

Death brings sadness and grief and loneliness and loss, he continued, and it also brings questions, questions that may take us beyond ourselves in our search for answers.

"In the case of Colm, questions have us wonder why did this tragedy happen, why did Colm die, why was this life which had so much to offer taken away so soon?

"I cannot answer those questions, but it seems when God takes the young he takes only the very best. Why? Has God some special task for them? Has God some special task for Colm? God’s plan has a purpose way beyond our imaginings. Into the darkness of grief, of sadness, of loss, of hurt, of anger God can bring a light of goodness, a ray of hope to open heart even fleetingly to the reality of his goodness. We pray for a ray of hope, a light of goodness to bring its blessings to those remembering in grief and sadness this good man, Colm.

"I read recently words from the late Father Thomas Finan, a Maynooth professor who said, ‘The next life begins by grace in this world. Death is a raising up to glory, a transfiguration of the life that is already in the Christian’. The many excellent qualities we knew in Colm spoke clearly of that grace within, of a goodness that can one day be transformed and become the goodness of glory. We pray for that transfiguration to glory for Colm, that gift of resurrected life in the happiness and peace of heaven. May his gentle soul rest forever in the peace and joy of heaven."

Monsignor Johnston finished his homily words penned by a friend in tribute to Colm:

"Colm was a cherished member of our community, a brother to everyone, young and old. We grew up together, played together and performed in school plays together.

"Now we are in shock and deep mourning. We are heartbroken for Colm’s family, colleagues and many, many friends.

"It will take a long, long time for our community to come to terms with this senseless act of violence against our brother, Colm.

"Now Colm is God’s right-hand-man, his very best wingman. Now we ask God, surrounded by all the saints and angels in heaven, to wrap Colm in His arms, to comfort and console Colm’s family, colleagues and many, many friends, near and far.

"May Colm’s gentle, gentle soul Rest in Eternal Peace with his mother Delores and sister Colette."

The funeral Mass was led by Monsignor Tommy Johnston, Parish Priest of Charlestown, concelebrated by Bishop-elect Paul Dempsey, who will be ordained as the new bishop of the diocese on August 30; Father Dermot Meehan, Diocesan Administrator; Monsignor John Doherty; and Father Joe Kennedy CP, Garda Chaplain.

Words of sympathy on behalf of the people and priests of the Diocese of Achonry were shared by Father Dermot Meehan, Diocesan Administrator of Achonry.

"Communities across our country have been shocked and saddened by the shooting of Detective Garda Colm Horkan on Wednesday night last.  That sadness and shock has struck two communities in particular - Castlerea where Colm was stationed - and Charlestown, where he was a native son.

"The sadness and sense of loss is greatest though for those to whom Colm was a son and brother, his Dad Marty, his sister Deirdre, and his brothers Aiden, Brendan, Dermot and Padraig. No words can really reach into the void in your hearts at the loss of someone who was so special to you and who was so greatly loved by you.

"On behalf of the diocese of Achonry, its people, priests, deacons, religious and its Bishop-Elect, Father Paul Dempsey, I offer our sympathy and the support of our prayers to Colm’s family, to his friends, to his Garda colleagues. The Bible tells us that the Lord is close to the broken-hearted.  May all who mourn for Colm have a sure sense that the Lord is close in these sad times and may He give you strength to meet the days to come.

"And may Colm, Garda Síochána, ‘guardian of the peace’, rest now in the peace that he lived and died to protect."

The funeral Mass this afternoon was followed by a private burial at the cemetery adjoining St James' Church.