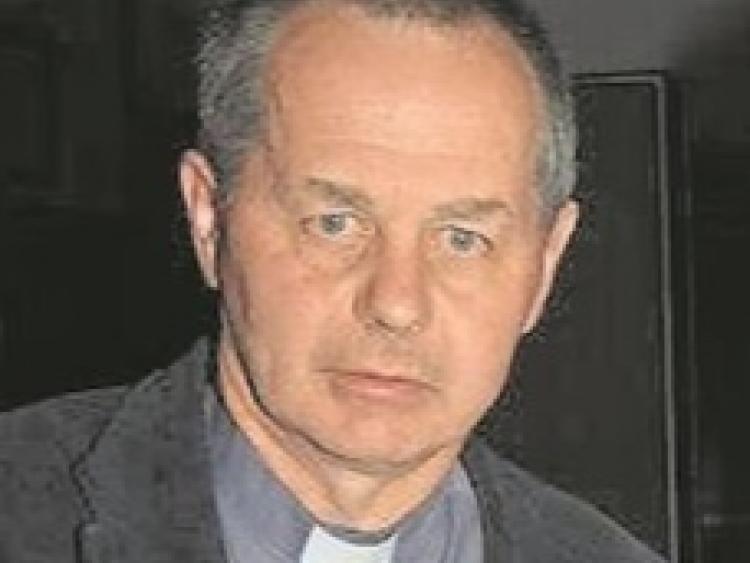 Today the Holy Father Pope Francis appointed Father Martin Hayes, a priest of the Archdiocese of Cashel & Emly, as the new Bishop of Kilmore.

Bishop-elect Martin Hayes was born in Borris (Newhill), Two-Mile-Borris, Thurles, Co Tipperary on October 24, 1959.  His late parents were Daniel and Mary Agnes and Martin is the eldest of five sons and three daughters, one of whom died in infancy.

In September 1977, he began his studies in Production Engineering at NIHE Limerick, now the University of Limerick.  During his studies in Limerick, Martin became involved in Muintearas Íosa, a youth faith initiative which continues to keep the three flames of Fáilte (welcome), Foghlaim (learning) and Guí (prayer) alive in the diocese.  He was instrumental in organising Muintearas Íosa events in Dublin and in his native Archdiocese of Cashel & Emly in the early 1980’s.

In September 1983, Father Martin entered Saint Patrick’s College, Thurles, to study for the priesthood for the Archdiocese of Cashel & Emly.  Having completed a Certificate in Philosophical Studies and a Diploma in Theology he was ordained deacon on 4 April 1988, and to priesthood on 10 June 1989, by the Archbishop Dermot Clifford.

Father Martin undertook further studies to the Gregorian University, Rome, and completed a Licentiate in Philosophy (Anthropology) in 1991 while staying at the Pontifical Irish College.

He was then appointed to the teaching staff at Saint Patrick’s College, Thurles, and taught philosophy until 2001.  During this period of his ministry, Father Martin worked as a marriage preparation course facilitator with Accord, served as its Diocesan Director with the personnel of the Thurles and Tipperary centres, and established an administrative office to coordinate Accord’s activities.

In 1997, he was appointed Bursar at Saint Patrick’s College, Thurles.  As part of diocesan millennium initiatives and in cooperation with the then Mid-Western Health Board, Father Martin was instrumental is setting up SUAS (Suicide: Understanding and Support) - a listening service for those bereaved by suicide.  Throughout his time at Saint Patrick’s College he worked in parishes in the Diocese of Sacramento, California, during the summer months.

In September 2002, Father Martin was appointed as curate to Thurles Parish with responsibility for Saints Joseph & Brigid Church, Bothar na Naomh.  He resumed his facilitation of marriage preparation courses with Accord Thurles, served on the Accord National Executive Council and provided supervisory support for Accord personnel in the South-East Region.  He became an active member of the ‘Cashel & Emly Ongoing Formation and Education of Priests Committee’ from its inception in 2003.

Father Martin worked as a part-time lecturer in Introduction to Philosophy on the newly established Bachelor of Arts in Education, Business Studies & Religious Studies course for secondary school student teachers which was delivered in Saints Patrick’s College, Thurles.  He also engaged with the two-year Ecology & Theology programme provided by the Columban Fathers, in Dalgan Park, Navan, Co Meath, on an audit basis.

In July 2007, Father Martin was appointed Administrator of the Cathedral of the Assumption, Thurles.  Working in collaboration with a group of lay people, he encouraged the celebration of relationships with the established voluntary organisations in Thurles, promoting the ongoing development of pastoral outreach and faith development groups which culminated in the formation of a Parish Pastoral Council in 2017.

During Father Martin’s term as Administrator, Saints Joseph & Brigid’s Church, Bothar na Naomh was renovated, a Pastoral Centre (Lámh Chunta) was constructed and the cathedral presbytery was refurbished.   During this period, Father Martin was elected a member of the Cashel & Emly Council of Priests, having previously served as its recording secretary.  Father Martin was also appointed as a member of the diocesan committee for safeguarding children.

In 2014, with the appointment of Archbishop Kieran O’Reilly SMA as Archbishop of Cashel & Emly, Father Martin co-ordinated the efforts of all involved in the preparations for his Episcopal installation at the Cathedral of the Assumption on 8 February 2015.

Elected chairman of the new Council of Priests, and subsequently re-elected in 2020, Father Martin became involved as a member of the newly established Diocesan Pastoral Council.  He was also a member of the Seinn Diocesan Committee which promotes and organises liturgical singing and music events involving the secondary school students at the cathedral.

In August 2017 Father Martin was appointed to the full time position of Director of Pastoral Planning & Development in the Archdiocese of Cashel & Emly and he took up residence at the Parochial House, Knockanrawley, Tipperary Town.

The Diocese of Kilmore includes almost all of County Cavan and a portion of Counties Leitrim, Fermanagh, Meath and Sligo.  The diocese has a Catholic population of about 69,000 people, served by 51 priests, who minister in 35 parishes comprising 95 churches.  The patrons of the diocese are Saint Patrick, who is celebrated on 17 March, and Saint Felim on 9 August.