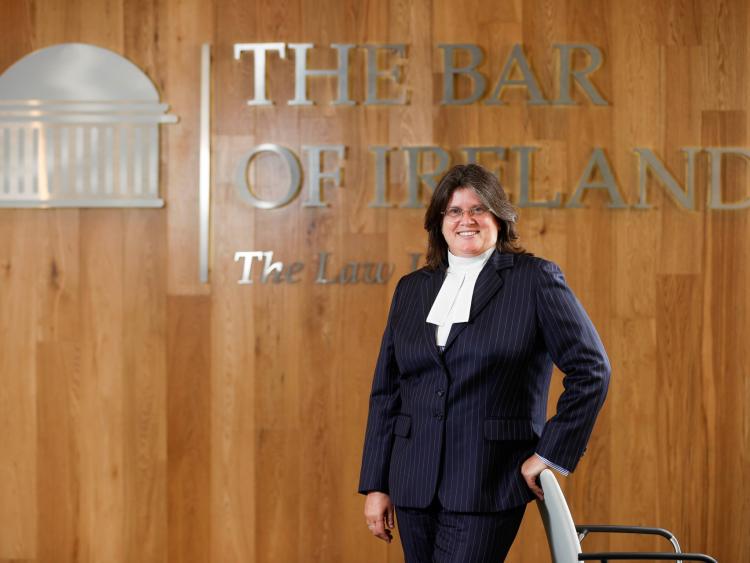 Maura McNally SC has been elected as Chair of the Council of The Bar of Ireland, the representative body’s second-ever female head.

A native of Dromod, Co Leitrim, Maura was called to the Bar in 1992, and practised on Circuit until her appointment to the Inner Bar in 2017. Following post-graduate studies in Warwick University (LLM), and UCG (BA & LLB), she completed her Bachelors of Law in King’s Inns and practices civil law; primarily in personal injury, chancery & non-jury.

“I’m honoured to have been elected as Chair by my Council colleagues. There are significant challenges on the horizon for the profession and the wider justice field, not least the fallout from Covid-19, as well as Brexit. I’m looking forward, with the energy and support of the new Council, to make an important contribution in relation to the administration of justice and our role within it.

"Strengthening our relationships with external partners, here in Ireland, the UK and Europe will be an important part of finding solutions, identifying opportunities and ensuring a sustainable Bar,” she said.

Maura follows in the footsteps of the late Honourable Ms. Justice Mella Carroll, who was first elected 41 years ago, to be the second female Chair of the Bar.

She notes:“Over four decades to be following the footsteps of last female Chair, Ms. Justice Mella Carroll is personally significant for me. A representative Bar benefits those whom we serve, those who practice and those who are interested in a career at the Bar. To be elected at this time, and having actively pursued the issues of resilience, mental health and diversity while on the Council, I hope to add further to the reputation of the Bar as a true community of professionals, committed to the pursuit of justice, independence and fairness.”

Maura McNally SC will Chair the Council from 1 August 2020 – 31 July 2021 and takes to the helm of the Bar following the Chairmanship of Mícheál P. O’Higgins SC.

Welcoming her appointment locally, Cllr Sean McGowan said that the people of Dromod were "immensely proud" of Maura and congratulated her on her latest achievement.

"Maura was raised in Dromod, the daughter of the late Jack and Millie McNally. She is one of four children and has always been very proud of her Leitrim roots," said Cllr McGowan.

He noted that Maura's parents ran a pub on the site of the current Brandywell Bar for many years.

"I would like to wish Maura every success and everyone is immensely proud of her. We are all thrilled to bits with this news and it is wonderful to see someone from Dromod doing so well in her chosen career."