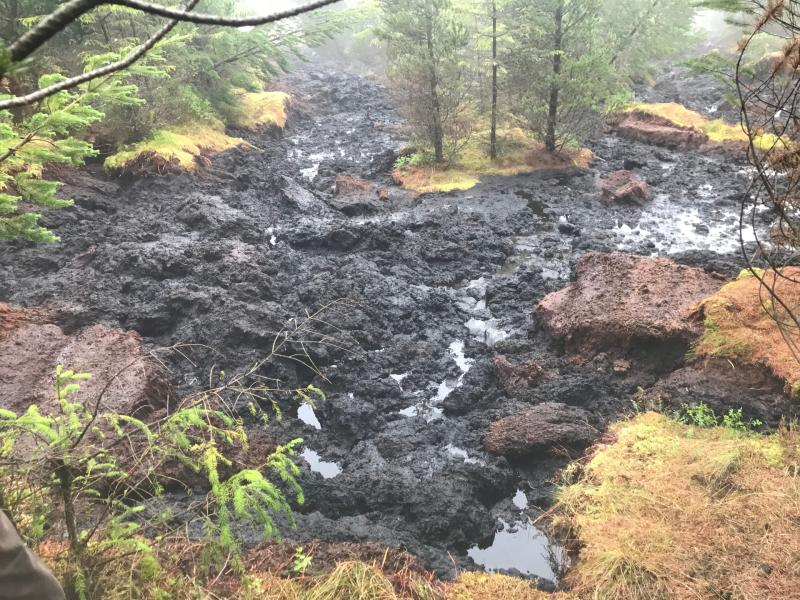 Farmers and landowners in the Drumkeerin area must be given an opportunity to access compensation by way of state aid under a Landslide Damage Relief Measure as soon as possible.

This was stated by Marian Harkin TD when she called for urgent compensation for property owners affected by the landslide.

“Its nearly 4 weeks since the bog slide occurred on Shaas mountain and, while a working group has been set up and met under the auspices of Minister Malcolm Noonan, and works on stabilising the Dawn of Hope bridge and road clearances are ongoing, individual farmers are still in the dark in regard to any state assistance to help compensate for the damage to lands, hay, silage, fences, livestock as well as the ongoing loss of income due to the lands being unworkable”, she said.

She pointed out that there was in place an EU regulation which allowed any member state to compensate its farmers where a crisis occurred.  “The level of aid is up to €20,000 per farm and verified losses incurred can be paid under this scheme”, she said.  This measure had been used before in Ireland for other crisis in the agri sector and she was now calling on the Minister for Agriculture Dara Calleary to commit to exploring compensation as part of a package of measures.

“Other essentials include ongoing support of Leitrim County Council in assessing all circumstances surrounding the bog slide, the carrying out of emergency work to stabilise the situation, the clean-up and restoration of land, drains, rivers as well the putting in place of preventative measures in case of a re-occurrence”,  Marian Harkin TD concluded.