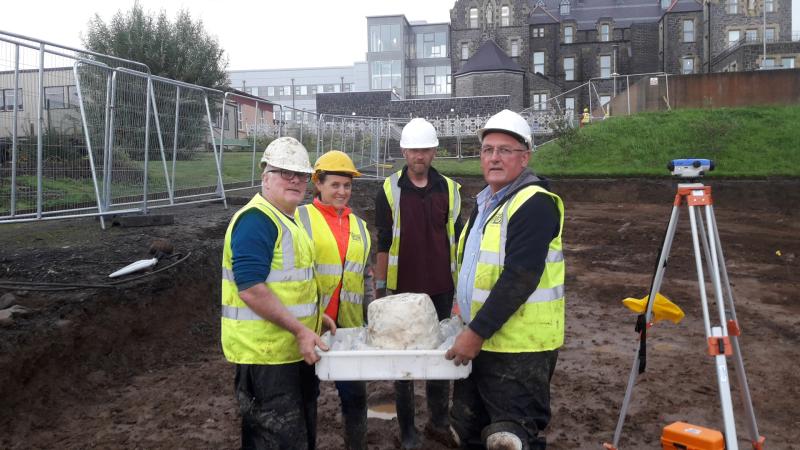 Two Bronze Age discoveries have been uncovered at the excavation site for a new community hospital at Sheil Hospital, Ballyshannon.

As part of archaeological investigations a large capstone was unearthed last week. It comprises a large flat sandstone boulder complete with rock art in the form of cup marks incised into its upper surface.  Monuments of this kind are classified as Boulder Burials and are thought to date to the Bronze Age 2500 BC to 500BC.  The capstone did overlay a small amount of cairn material within a large pit, which was fully investigated but contained no burial. 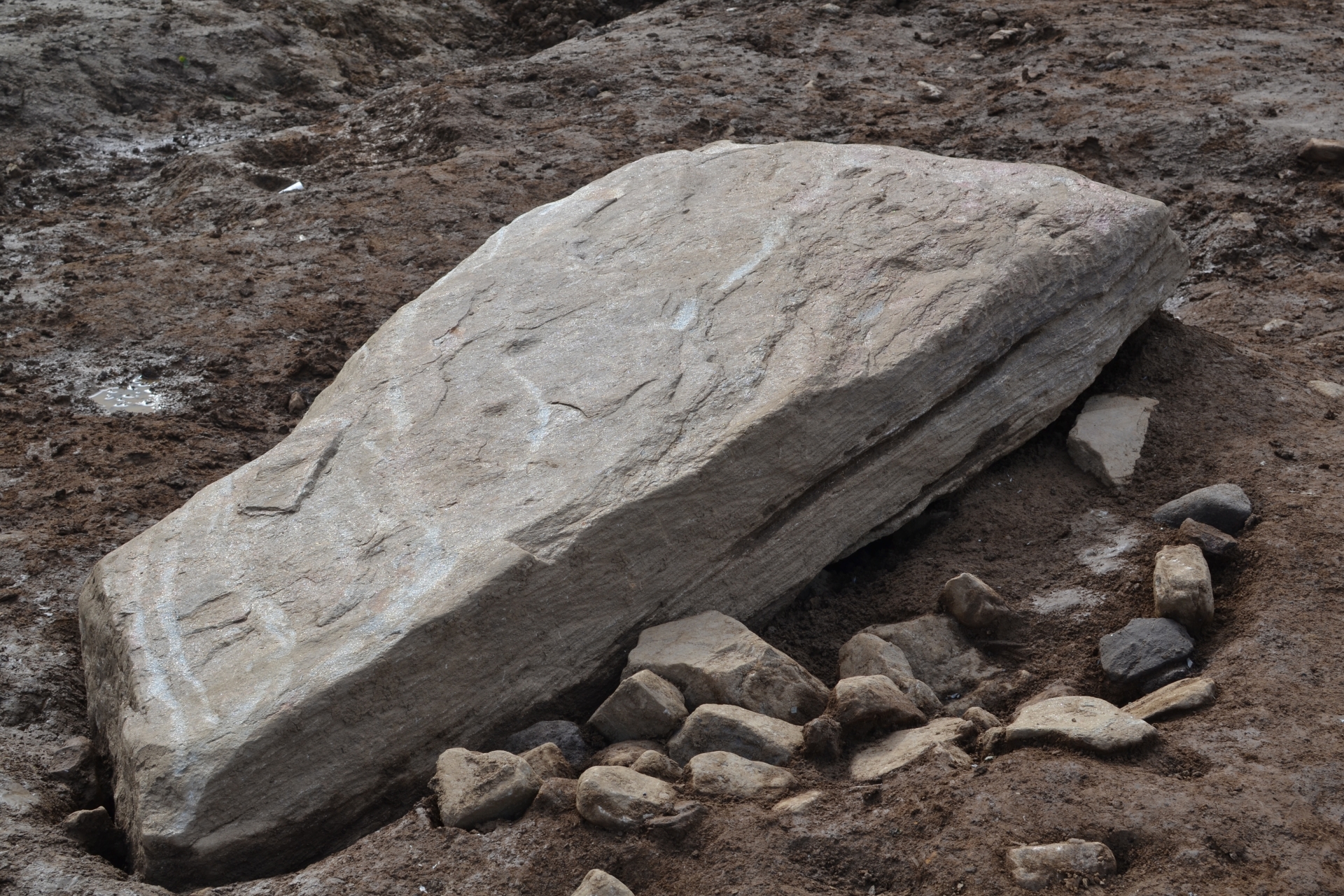 The National Monuments Service and National Museum were made aware of the unearthing of the capstone last Monday (August 24t) and a team of three archaeologists have been on the sites since carefully examining the area where the capstone was unearthed and a wider area close to it.  On Friday lst, August 28 the capstone was carefully removed from the site for further examination and analysis.

The urn has been removed by Specialist Conservator and sent for conservation. All the cremated remains recovered from the site will be analysed by osteoarchaeologist and the results presented in the site excavation report. 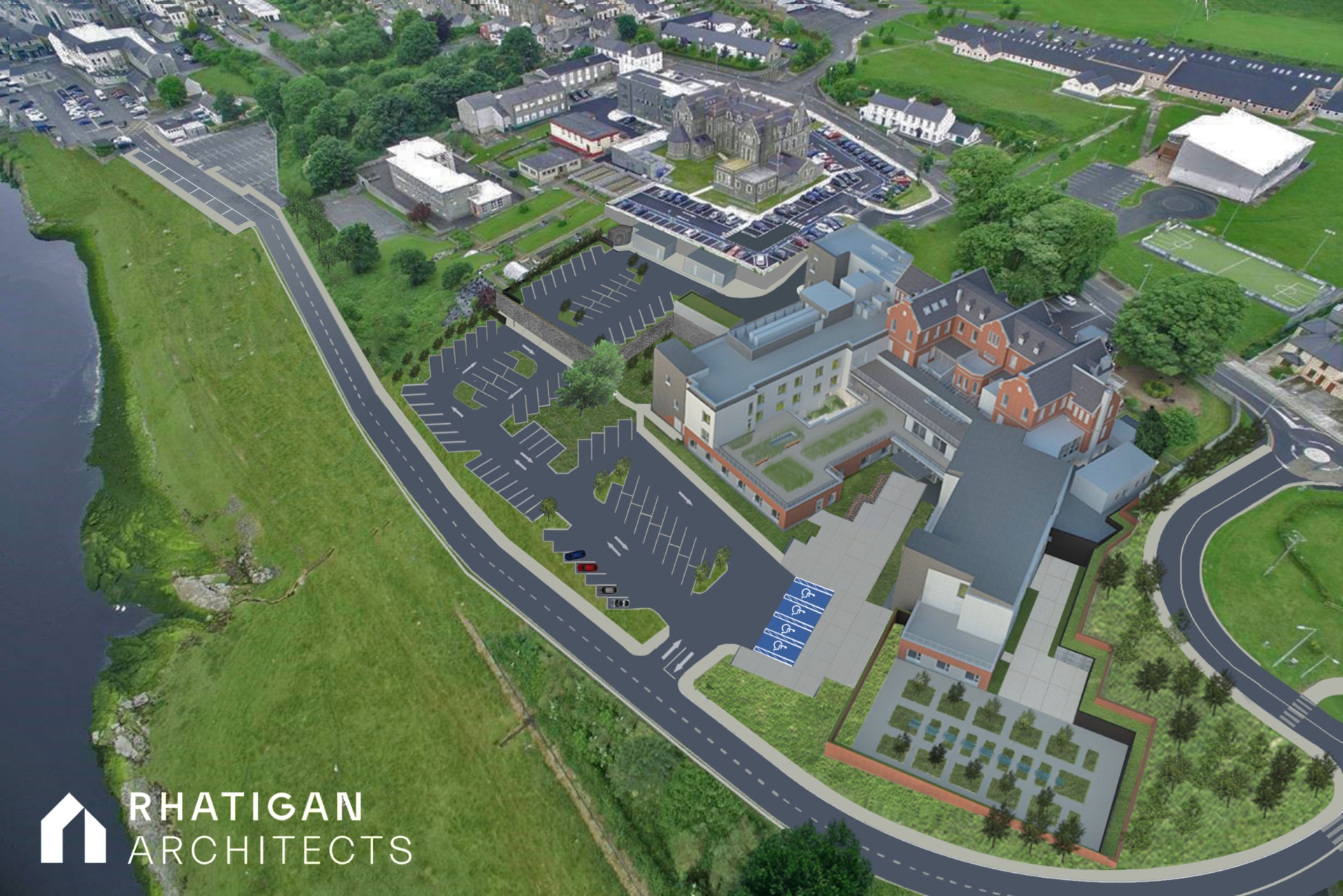 Mr Shane Campbell, HSE Estates Manager, North West was present at the unearthing and stated "The earth removal work that started last week is part of an overall €21 million euro construction of the new Sheil Community Hospital.  I wish to offer reassurance that work is continuing on site as planned. The contractor is on site and continuing with the site clearance, removal of trees etc and erecting the site Hhoarding, all as planned, the archaeological works will not delay the overall works programme.  The HSE would like to thank Tamlyn McHugh and Fadó Archaeology for their painstaking work in uncovering these significant historical artefacts and ensuring they are properly conserved."