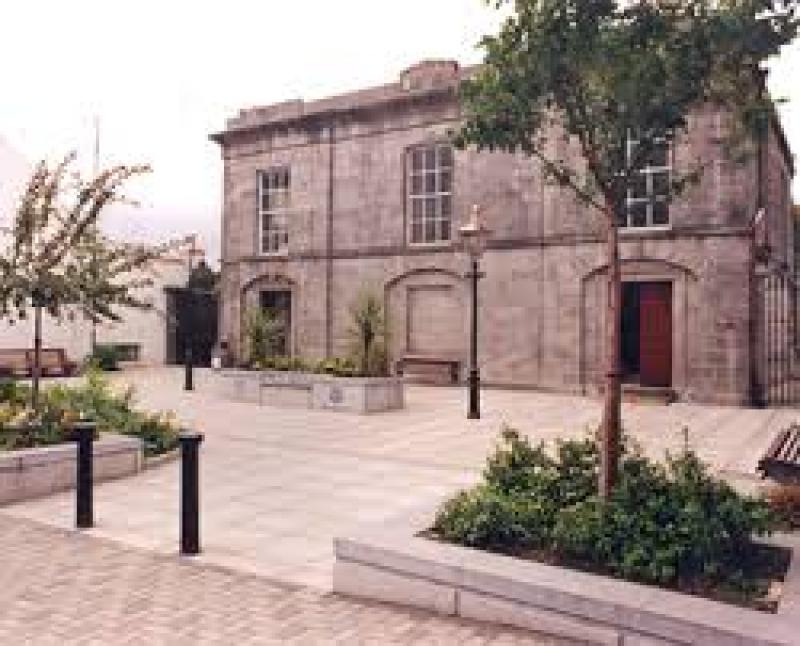 The Court Service has offered to hand over Ballinamore Courthouse for free to Leitrim County Council, but the council are reluctant to take up the offer.

The news emerged at the Ballinamore Municipal District meeting when correspondence from the Court Service was read to the members. In the letter dated August 6, the Court Service noted the recent completion of works on the roof of the courthouse and said they were “struggling” to maintain their estate portfolio. The letter also said that the Court Service offered the building “without cost” to the council but it was not accepted.

The offer of the building for free was news to Cllr Caillian Ellis who has been campaigning for the courthouse to be maintained for years. He asked when did the offer happen and said this was a perfect opportunity for the council to seize; he proposed the local authority take over the courthouse.
Director of Services Vincent Dwyer said “I can’t tell you when that happened” but added the council have “no resources to do it up.”

He said it was “easy for the Court Service to offload the building … it is their responsibility to deal with it.”
Cllr Ellis said “funds can be sought” later on for works and reminded the council of the history of this building and said it would be a great “tourist attraction.” He added there are “always opportunities” for funding. He expressed his disappointment that the council had not moved on it.

Cllr Paddy O’Rourke said it was a “no brainer” for the council to take on the courthouse and draw up a plan. He said with “quite a bit happening in Ballinamore” this would be ideal. Cllr Ita Flynn also agreed that the “council can’t let it go.”
Mr Dwyer said he will take it to the management team and come back with a decision to the members next month.