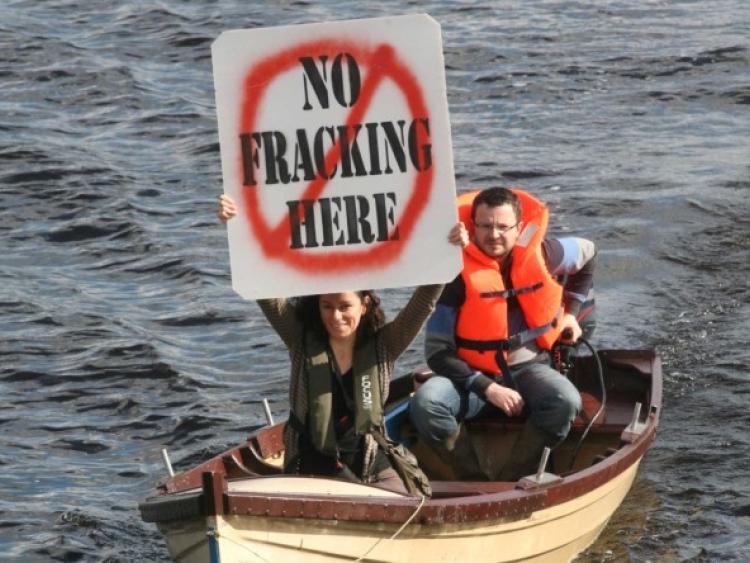 Blaithín Gallagher, former Green Party candidate for the area and National Coordinator of the party welcomed the decision of the Northern Ireland Assembly to call for a moratorium on the issuing of fracking and drilling licenses for oil and gas until legislation banning the practice is put in place.

Opening the debate this week Rachel Woods, Green Party MLA for North Down, paid tribute to the role of campaigners in the formation of this motion, including prominent Fermanagh groups FFAN, LAMP and Love Leitrim.

Johnny Gogan, Energy Spokesperson for the NW Constituency Green Party group, welcoming the successful motion, praises the role of campaigners: "In the absence of the Assembly and the Executive these groups had worked together last year to highlight a new application by Tamboran Resources to explore Fermanagh. This work resulted in over five thousand public submissions from communities on both sides of the border who would be affected by Fracking."

Eleven separate contributions from all parties to the debate in the NI Assembly, made this one of the most comprehensive debates, in recent years, on the need to respond to Climate Change. The motion was co-sponsored by Sinn Féin's Phil McGuigan (MLA for North Antrim),

Speaking after the debate Gogan from Dromahair added: "Recent attempts to change the wording in Fermanagh and Omagh's Local Development Plan in relation to fracking and protection of Public Health set off the alarm bells for campaigners. It's heartening to see the Northern Assembly taking the initiative away from unaccountable civil servants and a company who won't take no for an answer."

In responding to the debate, Minister for the Economy Dianne Dodds defended her Department's proposed research project into Fracking, but assured the Assembly that no decision would be made on the licence applications by her department alone and would require the agreement of the Executive.

"This research project is a distraction", Gogan says. "The evidence is there. For one, Fracking is a major driver of Climate Change. The Northern Ireland Executive now needs to grasp the nettle by accepting the almost unanimous call of the Assembly for legislation to close the door on fossil fuels and to ban drilling and fracking."