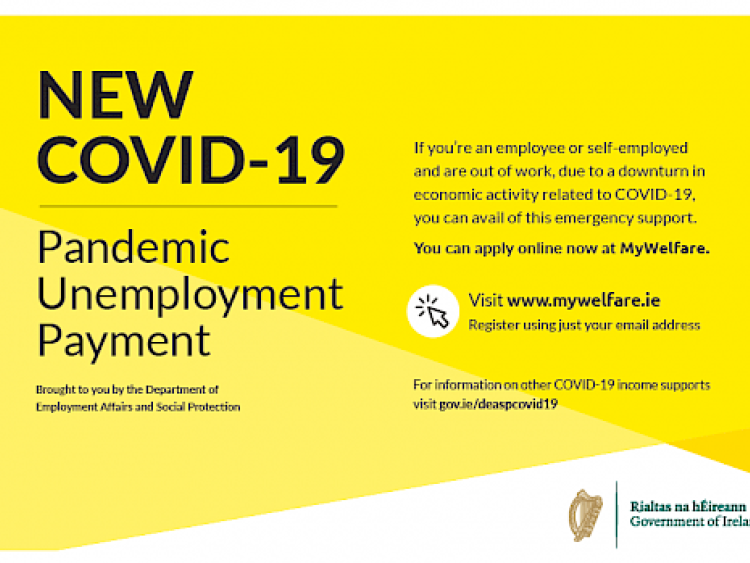 Pandemic payment restored to €350 a week

The Pandemic Unemployment Payment will be restored to €350 for anyone who was earning €400 a week or more before the Covid-19 pandemic began.

Under level 5 restrictions all non-essential retail would close, while bars, cafes and restaurants would only be able to offer take away or delivery services.

The figures have increased following last week’s decision to move the border counties of Donegal, Cavan and Monaghan to Level 4 of the Government’s pandemic roadmap.

The new rates are as follows:

This change will apply to payments issued from 27 October for all existing and new applicants.

This revised scheme will run to end January 2021.

The number of people on the payment has risen by 38,560 in the last two weeks, following the implementation of Level 3 measures across the country.

The figure is likely to rise significantly as a result of the latest round of restrictions.

Last week, the Government also announced that self-employed workers will be allowed to claim the PUP while still earning money through work, as part of Budget 2021.

The initial decision to reduce the top rate of the PUP and change the bands was criticised at the time, with many whose livelihoods had been affected, such as those working in the arts, having no prospect of work due to ongoing restrictions.