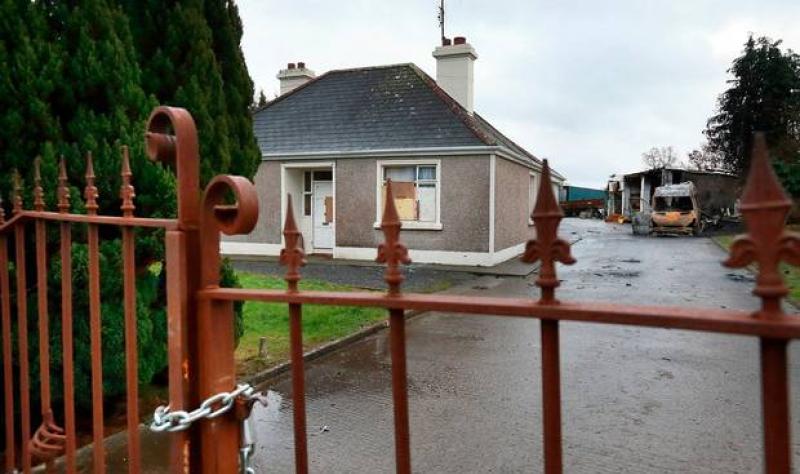 Three siblings have been released from Garda custody after they gave sworn undertakings before the High Court to stay away from and vacate their Co Roscommon home.

Michael Anthony, David and Geraldine McGann appeared before Ms Justice Leonie Reynolds at the High Court on Friday evening to answer allegations they were in contempt of court orders by refusing to leave a property at Falsk, near Strokestown in Co Roscommon.

The judge, following an application by KBC bank which obtained a possession order for the property some years ago, made orders in March requiring the family to leave the farm.

Late in Friday evening the three were released, pending the outcome of a full hearing of proceedings brought by KBC bank seeking their attachment and committal to prison for alleged contempt, after they agreed to vacate the property pending further order of the court. They also undertook said that they would remove animal from the property, some 10 cattle, 14 cats and a dog in the coming days.

They also agreed that they would not ask anyone else to occupy the property and direct any others in attendance to leave. The farm was the scene of a controversial eviction,  and re-entry by the McGanns in December 2018.

On Friday Rossa Fanning SC for KBC told the court that his client did not want to see the McGanns jailed, but in this case, there had been a very clear breach of orders made by the court last year. Counsel said the matter had been put on hold by KBC arising out of the Covid19 pandemic.

Counsel also told the court that while it was happy to accept undertakings offered by the McGanns his client was concerned over person attending at the farm following the McGann's arrest at the property on Friday afternoon. A number of vehicles, including vans with northern Irish registrations had been seen at the farm and unknown number of persons were believed to be present, counsel said.

Lawyers for the siblings said they needed time to prepare for the substantial hearing of the contempt proceedings as the lawyers had only been asked to represent the three at short notice. McGanns said they did not know anything about persons gathered at the house, and said their phones had been taken by the Gardai following their arrest.

Ms Justice Reynolds agreed that the McGanns could be released on being informed they were prepared to give undertakings to leave the property, remove their animals and tell others to stay away from the farm. The judge, who reminded the McGanns of the "very serious consequences" of breaching the undertakings, adjourned the matter to next Wednesday's sitting of the court.

The judge, after being told the siblings had no way of getting back to Strokestown on Friday, directed the Gardai to return them to the property. The Gardai would also supervise the McGanns' removal of their personal items from the farm and the removal of the animals, the judge added.

In March KBC returned to court alleging that order had not been obeyed and brought motions seeking the McGanns attachment and committal to prison.
In December 2018 the McGanns were evicted from the farm on foot of a repossession order KBC obtained for the property several years ago.

Following their eviction private security operatives were forced from the property by a group of masked men. Several security men required medical treatment, several vehicles were burnt and a dog had to be put down due to injuries it sustained.

Gardai subsequently launched an investigation after the attack on the security personnel. The McGanns, who were not involved in those incidents, subsequently returned to the property where have remained ever since.

The property was the subject of a loan agreement between KBC and the farm's registered owner Michael Anthony McGann. He fell into arrears on repayments and owed the bank some €431,000. KBC obtained a possession order in respect of the property in 2012, which was not appealed.

The last repayment on the loan was made by the borrower in 2014, KBC claims.