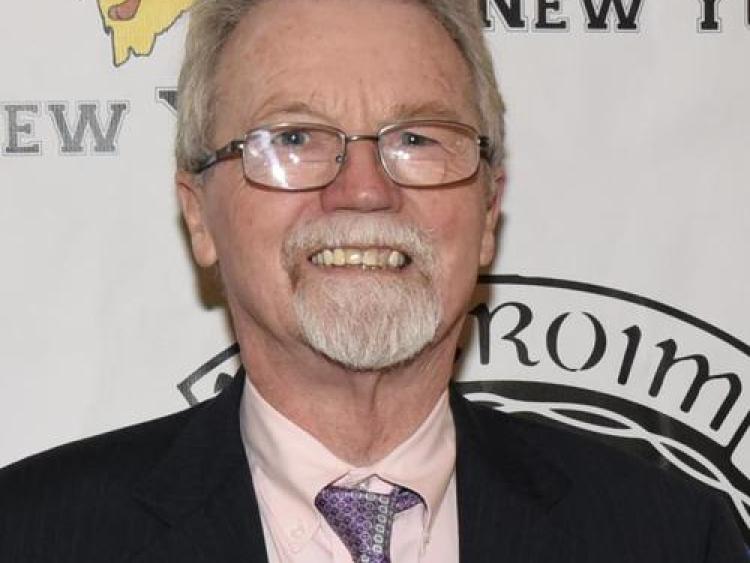 New York based Cornaneane, Mullies native, Dr Frank Brady is the recipient of a major Irish-American award, which was announced in Saturday’s edition of the Irish Echo weekly newspaper, when he was named as one of the Echo’s four Community Champions for the outstanding work done this year by them, as well as over the years.
The other three recipients of the Irish Echo Community Champion award were Co Down native, Sophie Colgan, New York born Megan C. Ryan, and Grangemockler, Co Tipperary woman, Maureen Lyons.
In an interview with the Irish Echo relating to his Community Champion role Frank Brady stated “Covid 19 certainly hit home as I lost a close family member and many of my friends lost their jobs and businesses.
“I published a number of articles in the local press to highlight the severity and the extent of the problem, particularly in the Irish and Irish American communities. Some of these articles reached Ireland which influenced people here to donate to the causes here.
“I also published articles promoting the fundraising activities of the groups that combined to form Slainte 2020. Team Aisling decided to run virtual races to raise money for Slainte 2020.
“As a team member I opted to run a half marathon through the hills of Yonkers, and my friends in the County Leitrim Society, the Leitrim Football Club, the Sheridan Golf Group, along with family and friends generously sponsored me for close to $10,000 for the Slainte 2020 Fund.”
2015 Leitrim Guardian Person of the Year, Dr. Brady also explained to the Irish Echo how he coped during the Covid 19 pandemic as a front-line worker/volunteer. He said “I adhered to the precautions and restrictions that were set into place.
“Unfortunately, my brother-in-law contracted Covid 19 and passed two weeks later. His death had a huge impact on our family and inspired me to get involved in any way possible.”
Interestingly Frank Brady’s Irish Echo biographical note says he is “a Leitrim native (who) earned a B.A. and a H.D.E. from Maynooth. He taught in Sligo and Cavan. In the US, earned an M.A. and Doctorate from NYU (New York University), and joined the faculty at L.I.U (Long Island University) and progressed to become chair.
“Frank has been active in the NYGAA, with Leitrim, St Barnabas, Cavan, and New York teams. He is a member of the Aisling Centre, the Leitrim Society, Leitrim GFC, and the Sheridan Golf Tour, and the Echo’s sports writer. Frank lives in Yonkers with Helen, and two adult children Douglas and Sharon, with three grandchildren.”