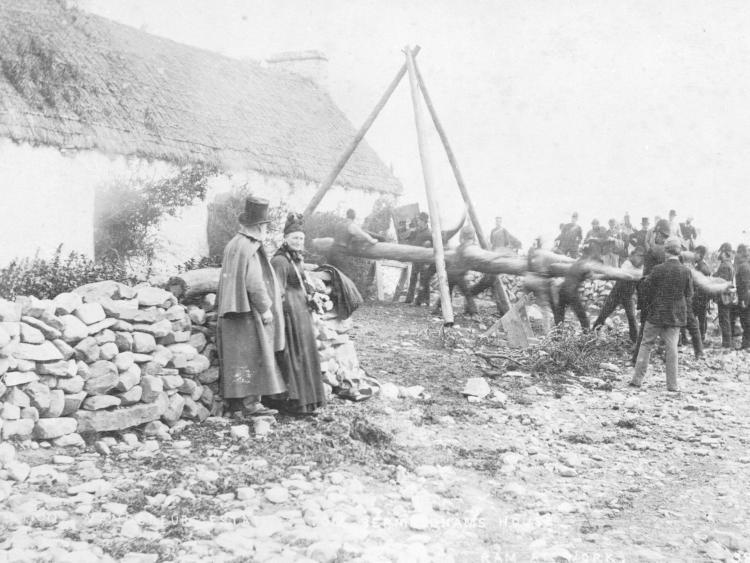 RTÉ has announced the launch of a landmark new series to mark the 175th anniversary since the start of the Great Irish Famine with the first of the two-part series airing tonight.

The two-part series, ‘The Hunger: The Story of the Irish Famine’ will provide a comprehensive guide to one most defining events in Irish history.

Narrated by Liam Neeson, the gripping 60-minute episodes tell the definitive story of the worst humanitarian disaster in Irish history and one of the most important events in European history.

‘The Hunger: The Story of the Irish Famine’ is produced by Patricia Carroll of Tyrone Productions Ltd, written and directed by Ruán Magan and is an RTÉ Cork and ARTE co-production in association with UCC.

“It is a privilege to once again work with our partners in UCC and ARTE to bring one of the most defining events in Irish history to life on the small screen,” commented RTÉ Director of Content, Jim Jennings.

“It is important that we commemorate such a significant event and honour those who lost their lives by understanding and sharing our nation’s story.

“This series is a definitive guide to the famine and also a timely reminder during these turbulent times of Ireland’s strength and resilience”.

Narrator Liam Neeson described the two-part show as “a compelling series for all generations to watch and learn from”.

“The Hunger: The Story of the Irish Famine is a compelling series for all generations to watch and learn from.

“The Famine spawned the Global Irish Diaspora of 70 million around the world, over 30 million of which are in the US. Being one of the global Irish, I felt it was important to be involved in the series because it marks a defining national moment in how Ireland found hope in the face of catastrophic tragedy.

“Hope is something we all need right now."

The RTÉ Cork commissioned series counts as the second major partnership with UCC and the national broadcaster. The popular Irish Revolution was the first partnership in February 2019 in a three-part docu-series which marked the centenary of the Irish War of Independence.

‘The Hunger: The Story of the Irish Famine’ will be broadcast this evening (Monday, November 30) and Monday, December 7 at 9:30pm on RTÉ One.