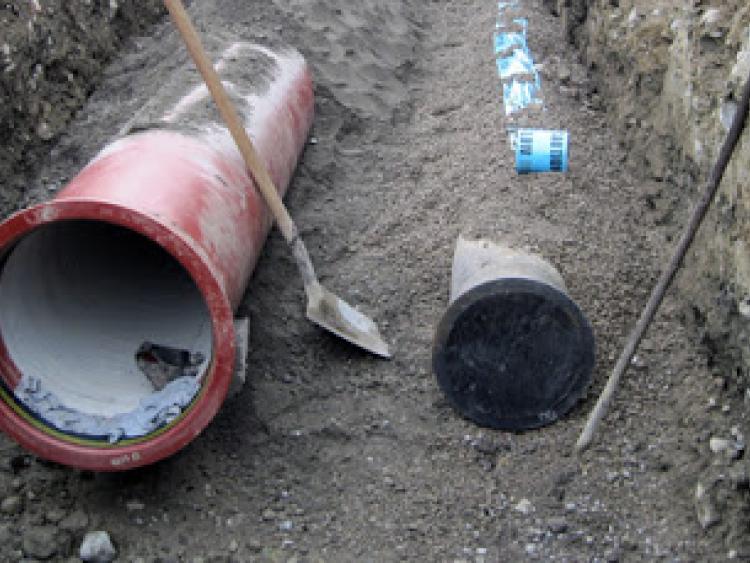 “Outrageous”, “unfair”, “crazy” and “serious mistake” are just some of the terms used to describe the cost of connecting 47 houses to a group sewerage scheme in Carrick-on-Shannon.

It emerged at last week's Carrick-on-Shannon Municipal District meeting that the estimated cost of Hartley Cartown GSS on the edge of town would be €1.455m - €32,000 per house. The Department said they would only grant €13,000 per house, leaving a shortfall of €19,000 per home needed for the scheme to continue.

Cllr Des Guckian said the Hartley Cartown GSS Committee have been badly treated. “The committee members have done everything they have been asked to get their scheme moving towards completion, yet they were informed by a phone call, on 25th June last, that their scheme has been cancelled and the cost per house, of joining, has skyrocketed.”
He said five different engineers have been involved in the scheme, “each with new demands and proposals.”
He said the committee “did everything possible to meet demands at an expense to themselves.” From his investigations, “Irish Water is unaware and doesn't think it is a connection but a new scheme.”

He said there has been a “total breakdown in communication” and added no other area would form a group scheme again.
Cllr Finola Armstrong McGuire said she has previously brought this up and called on the council and the department to revisit this issue as there are a “large number of houses along the Shannon.”
Cllr Sean McGowan called the situation “outrageous” and not fair on the community. Cllr Enda Stenson said “people cannot afford this” and added “I'm not sure Irish Water is fit for purpose.”
Cllr Paddy Farrell also supported the motion and asked that a viable solution be found urgently.
Director of Services in Leitrim County Council Joseph Gilhooly explained “we are at a stalemate with the department” and that a lot of work has gone into making this successful.

The Council does not accept that the Hartley Cartown GSS was dealt with in a bad manner.
In explanation, the Council said the Part 8 Planning Approval was delayed as there was an issue with acquiring the sites for the pumping stations, and further archaeological and ecological studies had to be completed.

The Part 8 was finally approved in January 2019. Following this, the council requested the GSS’s Consultant Engineer to provide a detailed cost estimate for the scheme, based on his design.
The estimate of €1,100,000 ex. Vat for the site investigations and construction contract was received in June 2019.
The Council said other costs such as Irish Water connections etc brought the total estimated cost of the scheme to €1.455 million – an estimated cost of almost €32,000 per house.

The Department confirmed on June 25, 2020 that the maximum that they would fund would be €13,000 per house.
The Council said they wrote to the committee on July 6 and outlined the response from the Department and the funding gap of approx. €19,000 per house.
They asked the committee to consider if it was feasible to continue given the shortfall in costs. The Council said they have yet to receive a response despite sending a number of correspondences.