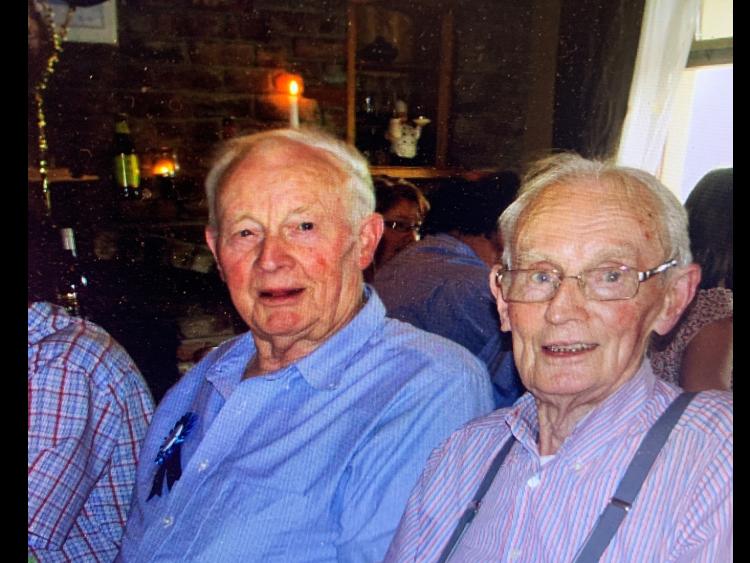 Two brothers, proud Leitrim men, have been reunited on the Leitrim Wall.
PJ McNabola was born in 1927, a historic year for Leitrim football when they won the Connacht Senior Championship.
Fast-forward 67 years, and he was present the next time Leitrim won the Connacht Senior Championship in 1994. When Leitrim got to the Division 4 final in 2019 against Derry in Croke Park PJ was not going to miss it. At the age of 92 PJ’s family ensured he would be in attendance and the Leitrim Observer honoured him by taking his photo in the Croke Park Hotel before the match.
PJ parents, Patrick and Bridget had a small farm in the townland of Corlaskagh Eslin a few miles outside Mohill. PJ grew up there with his sister Eileen and younger brother Gregory and Frank. PJ was more than happy to stay local and Mohill was where he gained employment. His first job was in McIntyres Garage on Hyde Street before moving on to Booths garage ( then on Green Lane) in 1948 where he served his apprenticeship as a mechanic.
In 1961 PJ opened his own garage, Mohill Motor works on the Dromod road and the business is still going strong.
For a man that never played his love of football was all consuming. In Eslin at that time they had no football team and PJ still regrets not having the opportunity to play. Down the years he has been an avid fan of his beloved Eslin, he loves to cheer on his grandchildren Kyle, Joshua, and Kayleigh who play for Fenagh and Niamh who plays for Mohill. PJ occupies the only Corporate Box overlooking Mohill GAA pitch namely his bedroom window.
PJ was an ever present at all Leitrim games over the years. Wherever the match was PJ with his nephews Padraig and Liam Higgins would be there. Limerick or Belfast, wet wind or rain the three boys would be there. PJ, at 93 is still out and about.
When the Leitrim Wall was first launched the McNabola family were one of the first to buy a brick in the wall. Their message on the wall sums up PJ perfectly:
PJ McNabola - Son of Eslin - Friend of Mohill - Leitrim Abu. 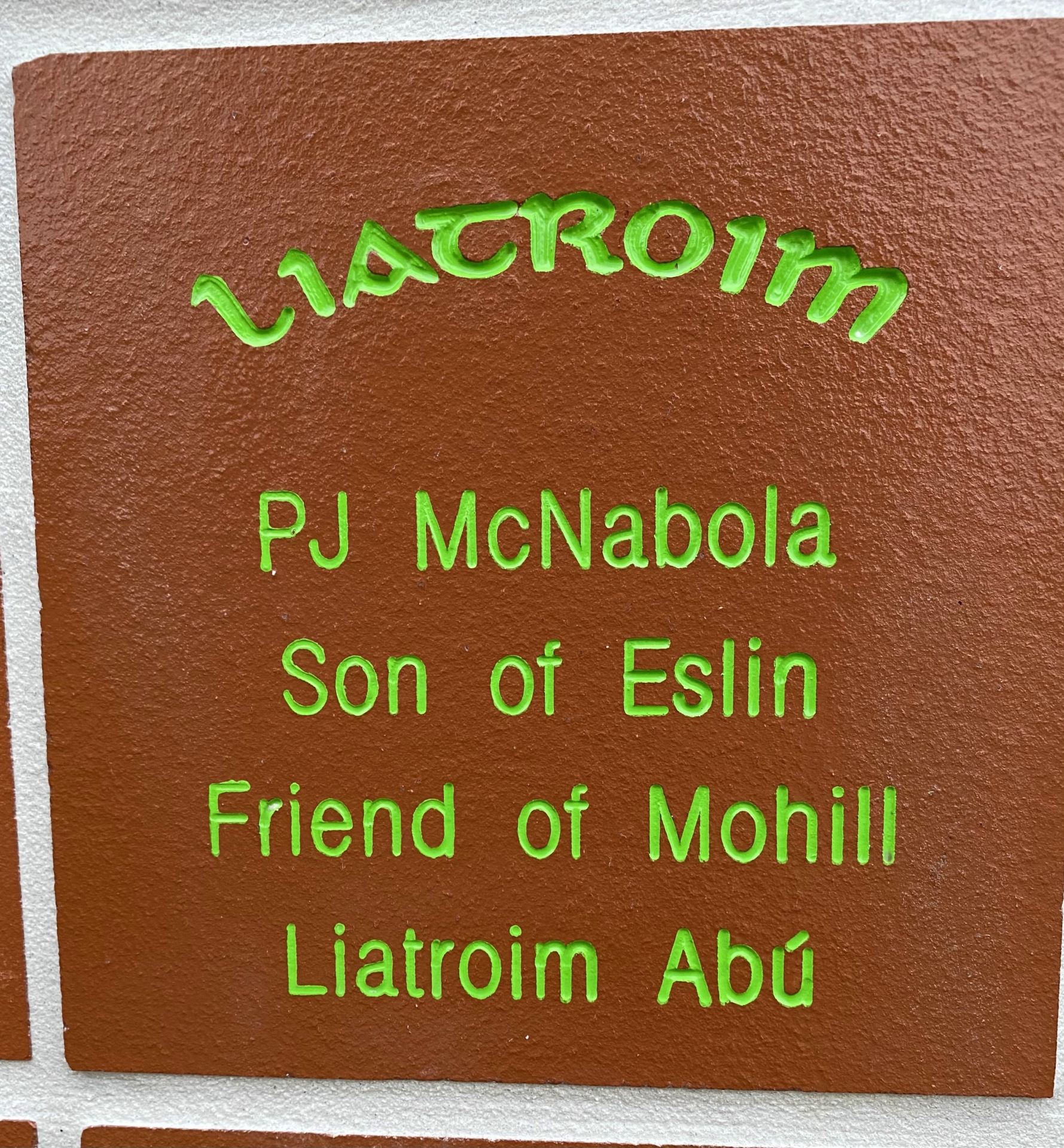 While PJ stayed local his younger brother Gregory emigrated to London in the 1940s. In London Gregory married Josephine and they raised their family Margaret, John and Angela in Hammersmith, West London. Greg built a successful business career in London. Greg lost his only son and his wife Josephine 2003 and 2004. His two daughters and grandchildren were his pride and joy and gave him great comfort coping with his loss.
When you emigrate, it is easy to forget home but not Greg. Greg was very close to his family. He never forgot his Leitrim roots and was involved in the Leitrim People’s Association in London for 40 years. He served as an officer of the Association and at the time of his death on the 1st August 2013 he was Honorary President of the Association. Greg was well known in London for his kindness and support. Greg travelled home to Leitrim many times during the year to see PJ and his other siblings, Eileen and Frank. His heart was always in Leitrim.
Greg’s home was a Leitrim house and whenever Leitrim played in Ruislip his ‘Leitrim family’ were most welcome. Greg’s Irish breakfast was famous especially the boxty he made himself. Greg was a storyteller with a great sense of humour and a wonderful way of relating to people of all ages.
His London born daughters insisted on buying a brick in the Leitrim Wall in remembrance of Greg’s great love of his county.
Greg, as the brick says: Loved Leitrim, Loved Life, and was Loved by all.
They were more pleased when they found out his brick is alongside his older brother’s brick on the Leitrim Wall at the Leitrim GAA Centre of Excellence in Annaduff a few miles from their beloved Eslin and the place where they were born.
You can buy a brick in the Leitrimwall by logging onto www.leitrimwall.com 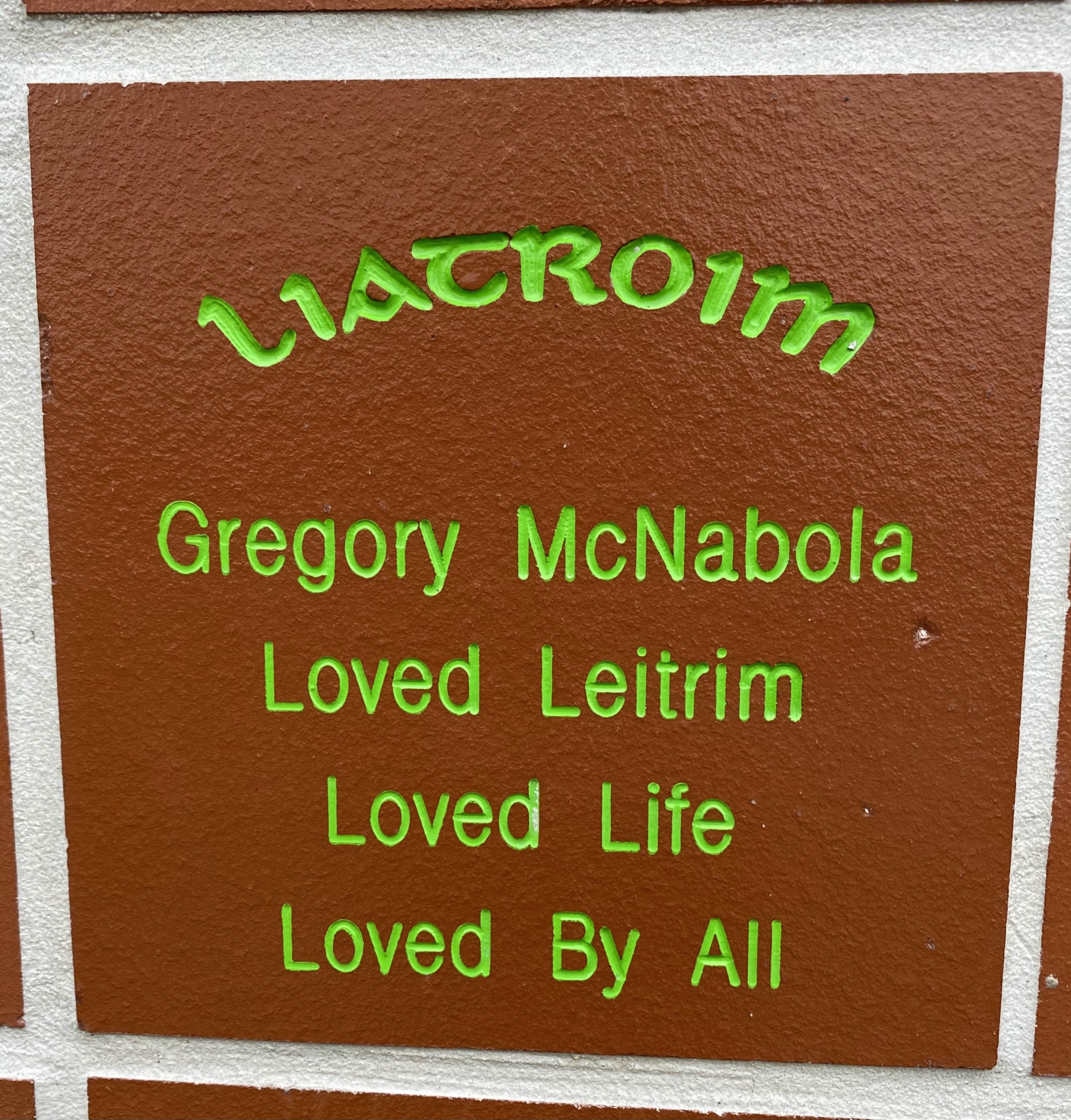