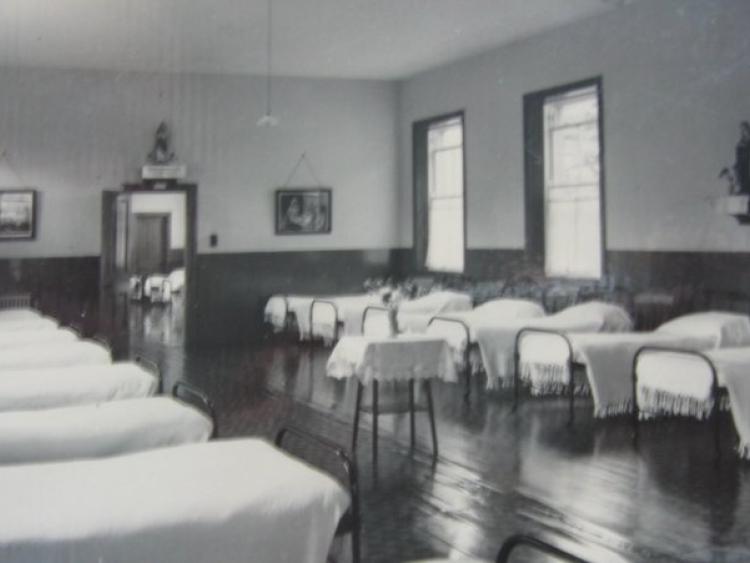 There were no specific mother and baby homes in Leitrim according to the report published by the state this week.

But it is acknowledged that there were Leitrim mothers and children who were admitted to mother and baby homes across the country and in the UK after they "fell pregnant" as single unmarried women.

The report states that “most women preferred to enter a home that was distant from her county of origin.”

In 1936, all the inmates and officials were transferred from the old county home at Manorhamilton to a new county home which had been opened in the old workhouse at Carrick-on-Shannon.

Today Taoiseach Micheál Martin apologised to all the survivors and those affected by the mother and baby homes in Ireland.

The Taoiseach explained recognition "begins with this apology and will be followed by commitments to national and local memorialisation and commemoration.

He said that the views and wishes of former residents will be "paramount" and all commemoration will be led by them.

Mr Martin said that a "broad suite of memorialisation, educational and research commitments will support national reflection and enduring remembrance.

A restorative recognition scheme for former residents is to be designed and an interdepartmental group will report back to the Government on this "as soon as possible".

The closest mother and baby home was in Stranorlar, Ballyshannon which was run from 1922 to 1964.

1,646 unmarried mothers and 1,777 children passed through the institution.

The conditions were very poor. In the early 1920s it was overcrowded and consideration was given to removing unmarried mothers and their infants to a disused workhouse in Ballyshannon. Water and sanitary services were inadequate with only two flush toilets. Most residents had to use outdoor toilets that were described as ‘bad and rather revolting’.

There was no hot water in the operating theatre. Given these conditions it is not surprising that there were several outbreaks of typhoid. The diet was dominated by bread and tea, but the Minister for Local Government determined that it was too generous and the county home was informed that residents should receive three meals a day not four.

In 1935 the local medical officer discontinued admissions to the labour ward because it lacked a bathroom and running water. An inspection in the 1940s reported that there were no facilities to bathe children and arrangements for washing and drying clothing were poor. During the day children spent much of their time in a ‘hut’. The first major improvements commenced in 1949. They included installing washing and sanitary facilities in the children’s ward and a wash-hand basin in the labour ward.

In 1952 the former fever hospital was renovated to accommodate unmarried mothers and their children. Most of the work was carried out by the unmarried mothers, who were unpaid. The mothers of older children lived and slept in the main section of the county home and they could only see their children on Sundays; the administration believed that more frequent visits disrupted the routine and upset the children.

In 1954 when plans were being drawn up to remove unmarried mothers and children from the county home, the matron objected that she would be unable to find replacement workers. 161. Child deaths: 343 ‘illegitimate’ children who were in Stranorlar died in infancy or early childhood. The death rate peaked in 1930 with an infant mortality rate of 42%; deaths were also high in the 1940s. Over 60% of deaths were attributed to pneumonia or bronchitis.