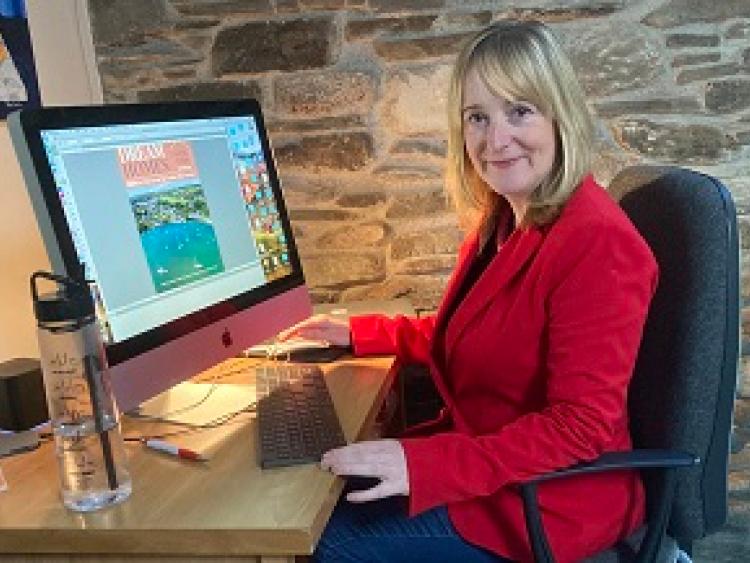 The Southern Star newspaper in Co Cork has appointed Siobhán Cronin, who started her career in the Leitrim Observer, as its new Editor.

This is a significant announcement as Siobhán will be The Southern Star's first female Editor in its 132-year history.

The Southern Star is a West Cork-based, family-owned media company encompassing print, digital and creative design functions, and is the long-established, trusted source of news in West Cork.

It is also one of Ireland’s best known and most respected regional newspapers, with a colourful history that includes having had General Michael Collins as a former shareholder.

Siobhan started her career as a junior reporter in the Leitrim Observer in 1988, and was promoted to deputy editor before moving to its then-sister paper the Longford News as News Editor in 1991.

"Siobhan has done a fantastic job over the last seven years as our News Editor and has played a key role in our transition and evolution to becoming a successful multimedia local news and information publisher for West Cork," commented Sean Mahon, Managing Director. "Siobhan’s appointment ties in with the proactive culture of The Southern Star, which we believe is so important to our business success," he said, adding: "This appointment is also very apt, as today is International Women's Day."

"I am delighted and honoured to be the next Editor of The Southern Star," said Siobhán. "My family has strong ties with the West Cork area and I am very proud to have been given the opportunity to lead a newspaper with such an excellent reputation in newsgathering and telling the stories of the wonderful people of West Cork and beyond. I look forward to overseeing it progress and develop at a time when trusted journalism is more important than ever."

Leitrim Observer editor Claire McGovern and former colleagues would like to congratulate Siobhán on her new appointment.

"Having worked with Siobhán for a number of years I have no doubt that she will utilise her impressive journalists talents to progress and develop the Southern Star even further. She is one of the best journalists I have had the pleasure to work with. I and the staff would like to wish her every success," said Claire.

- A native of Ennis, Co Clare, Siobhán grew up in Blackrock, Cork and was educated at Christ King Secondary in Turner’s Cross in Cork city and at TU Dublin, from where she holds an honours degree in journalism. Her 35-year career includes senior roles at the Irish Independent, Irish Examiner, In Dublin magazine (editor), and several regional newspapers, including the Leitrim Observer, Longford News and Nationalist group of newspapers in Carlow and Kildare.