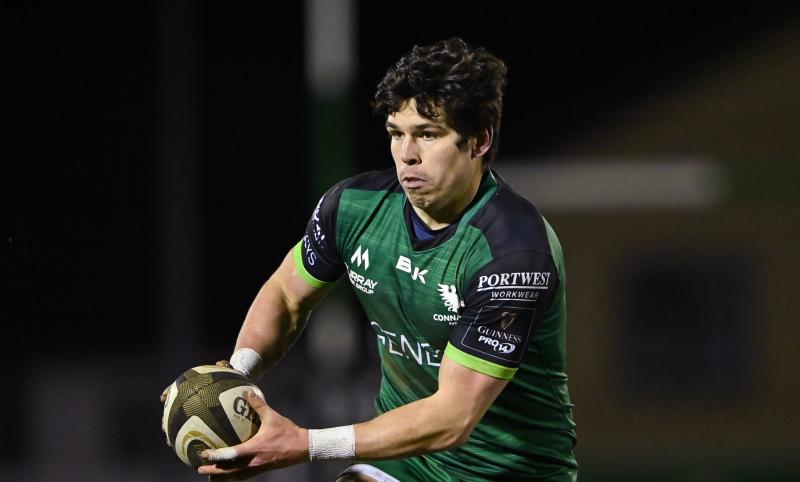 Connacht Rugby have announced that 21 players have re-signed for the province ahead of the 2021-22 season. Two of those who have signed, will be of interest to Munster Rugby fans. Joint-leading Guinness PRO14 try scorer Alex Wootton has signed on a permanent contract having joined on loan from Munster last summer, while out half Conor Fitzgerald, formerly of Shannon RFC, will extend his stay at the Sportsground.

In all 19 players from the existing Professional squad have renewed deals for next season while a further two players, Oran McNulty and Cian Prendergast, have been promoted from the Connacht Academy.

Commenting on today’s announcement, Head Coach Andy Friend says: “I am delighted to see so many of our current crop of players sign on for another season. This is still a very challenging time for everyone in Irish Rugby so to have them commit to Connacht Rugby again says it all about the belief we have as a group to continue the progress we’re making.

17 of the 21 players were once part of the Connacht Academy, and in that group we have a mix of established Irish internationals, experienced players within the province and plenty of young players still in the early stages of their careers.

I have been very impressed by Cian Prendergast and Oran McNulty, and their first Professional contracts is the culmination of years of work from grassroots level to where they are now. Congratulations not just to them but their parents, coaches and all the other volunteers who helped them along the way.

We are continuing to shape the squad for next season, with further discussions ongoing, and supporters should expect more positive news in the weeks and months ahead.”

Connacht Rugby’s retention and recruitment remains ongoing and further announcements will be made in due course.