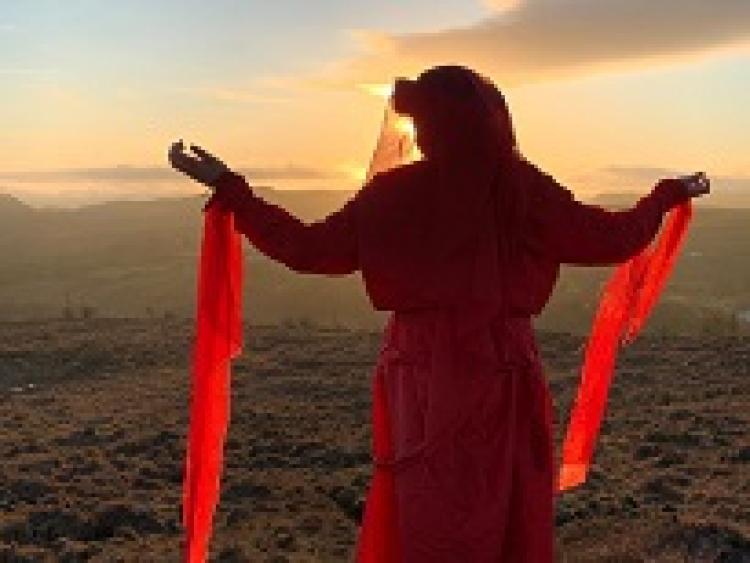 ‘Red Rebels’ took to the hills surrounding Benbo outside Manorhamilton

Extinction Rebellion (XRI), Love Leitrim, and Safety Before LNG took powerful action to warn the Irish government not to backtrack on its promise to keep fracked gas from liquid natural gas (LNG) imports terminals out of Ireland's energy mix.

A group of socially distanced ‘Red Rebels’ took to the hills surrounding Benbo outside Manorhamilton in a powerful video calling on the government to included a ban on fracked gas imports in the Climate Bill.

Love Leitrim recently learned that on Tuesday 16th March, following a meeting between leading anti-LNG campaigners (Love Leitrim, Safety Before LNG, and the NUIG Human Rights Clinic) and advisors to Minister for the Environment, Climate and Communications, Eamon Ryan, that there will be no reference to LNG or fracked gas in the new Climate Action and Biodiversity bill, which is expected to be published this week

This comes despite statements saying that importing fracked gas ‘doesn’t make sense’ in the Program for Government last July, and recommendations from the Joint Oireachtas Committee on Climate Action (JOCCA) in December. one of which was that a ban on fracked gas imports should be included in the Climate Bill. Legal opinion from the Irish Centre for  Human Rights also shows such a ban to be compatible with EU and WTO trade rules.

Also on Tuesday, the LNG company New Fortress Energy, announced that they are re-applying for planning permission to build their LNG terminal at Shannon, under its current status on the 4th European Project of Common Interest list (PCI). When the Programme for Government was written, it was agreed that there would be a policy document produced stating that Ireland was opposed to the importation of fracked gas; but to date the Department of Environment, Climate and Communications has failed to provide this document.

Dervilla Keegan of Love Leitrim says “We are running out of time. The climate crisis and the communities impacted cannot wait any longer. We need the ban on the importation of fracked gas to be in the Climate Bill. This has been recommended by the Joint Oireachtas Committee on Climate Action last December, and was promised in the Programme for Government last July. And legal opinion from the Irish Centre for Human Rights says it can be done. We have a moral obligation to do this for the sake of impacted communities in Texas and Pennsylvania.  They have been pleading with us that Ireland does not become a market for fracked gas.”

A spokesperson from XRI said of today’s anti-LNG action: “Enough is enough.We are facing ecocide. XRI will continue to follow the science and abide by public health regulations, but we cannot stand by while decisions are being made that will drastically affect the future wellbeing of those on this island, and make Ireland complicit in the suffering of disadvantaged and indigenous communities abroad.”

The Climate Bill is expected to be before the Dáil this week and there are fears that unless the government adds a ban on LNG fracked gas imports, it may not be included at later stages on technical grounds. Actor and anti-fracking campaigner Mark Ruffalo also voiced his concern for the bill.