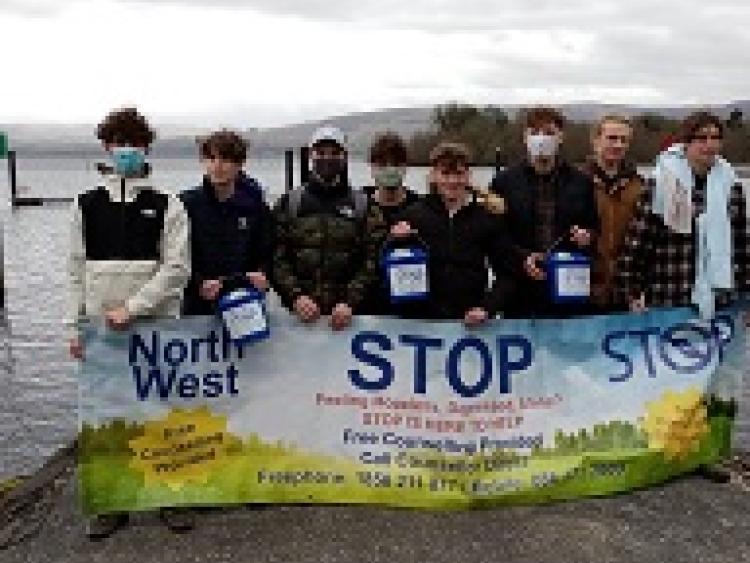 “As a group we decided we were going to raise much needed funds for North West STOP Suicide. We set a target of €1000. We were to do this (a jump at Spencer's Harbour, Drumkeerin) on New Year’s Day 2020 but unfortunately due to government guidelines we had to suspend the jump until a further date. Our reason for wanting to do this in the first place is when we spoke with Paul Kavanagh who shared his story that he was and does receive counselling from STOP. When we heard his story we were touched by this because we all know someone or know of someone who unfortunately has been affected by suicide. Since January 1 until the day we finally did the jump we have lost 5 people from the ages of 20 down to suicide and for us that is 5 people too many. As a group of young people we feel we will have to continue to raise much needed funds for STOP suicide as the government do not give any funding for such an important service for people of all ages. Now we am now glad to say that we got do the jump on Saturday, March 27. Paul Kavanagh and 18 others turned out to do the jump and we are overjoyed to say that we raised above our set goal of €1000. We are grateful and want to thank the people who have supported us through the STOP Facebook page, buckets and cards. Paul Kavanagh would also like to thank the group of lads/ girls Max and Huck, Joseph and Charlie, Eamonn and Eoin, Morgan, Sean, Jordan, Sarah and George for their time and efforts” - A message from the organisers