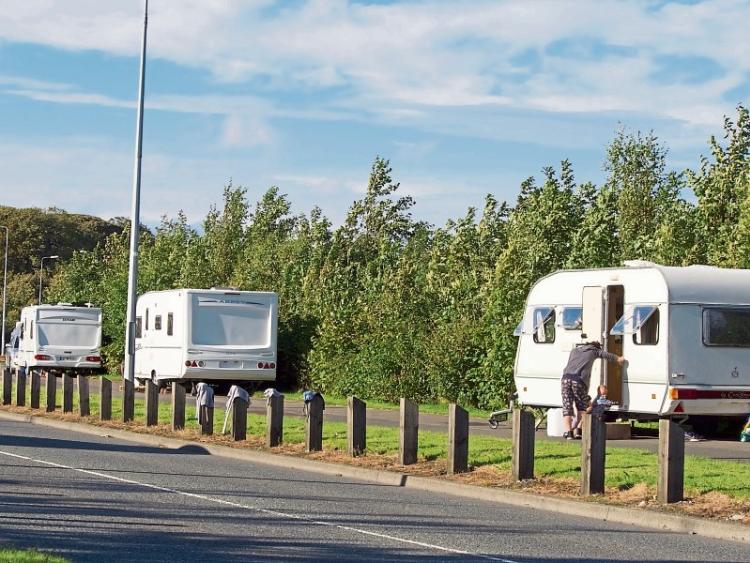 Travellers and homeless people gave found to be at a higher risk of becoming severely ill if the contract Covid-19 according to the health service watchdog which is advising NPHET on the pandemic.

The Health Information and Quality Authority (HIQA) says it has today published a report, to inform the national policy on the allocation of COVID-19 vaccines to members of group nine - those aged 18-64 years living or working in crowded accommodation, where self-isolation and social distancing are difficult to maintain.

HIQA says the report explored the appropriateness of inclusion of certain populations within the group, based on their risk of infection and or risk of severe disease.

"The report found that the risk of severe disease was higher in the Traveller and Roma communities and among people who are homeless, while Travellers were also found to be at increased risk of infection compared with the general population. Limitations in the data relating to these hard-to-reach groups, means that the estimates presented are considered to underestimate the true prevalence," said the statement.

The report found that 10 travellers have died from Covid-19 five of whom were aged 18-64. Twenty Travellers were admitted to ICU while 185 were hospitalised. Out of a total Traveller population of 30,987, 4,021 became infected. This is a 13% infection rate compared to a 4.4% for the general population.

HIQA adds that given the challenges that exist in identifying members of this ethnic group, the rates presented are considered to "underrepresent the true prevalence in this population".

Within the report, HIQA says it has outlined 12 potentially at-risk populations for consideration under vaccine allocation group nine. The populations were identified based on the groups considered by social inclusion divisions of the HSE and Department of Health, and a review of international public health guidance. Irish data, where available, were then used to estimate risk of infection and risk of severe disease compared to the general population.

HIQA says all of the identified groups presented with an elevated risk of infection and or risk of severe disease relative to the general population and when data was limited or unavailable, it was noted that they would have a plausible elevated risk.

“The goal of priority vaccine groups is to ensure that those most likely to be infected or at greatest risk of severe disease are protected first. Although everyone is at risk of COVID-19, some populations have been disproportionately impacted by COVID-19 in terms of severity of illness, mortality, and transmission.

“Rigorous measures taken to prevent transmission in settings such as prisons and homeless services appear to have been effective as rates of COVID-19 infection in these settings have been comparatively low. However, the acceptability of the measures may limit how sustainable they are in the longer term. There are important ethical and equity concerns for these groups living and working in crowded conditions which must be considered in prioritising allocation of COVID-19 vaccines,” said Ms Ryan.

The Government has decided to alter vaccination policing for group nine to age-based starting with people aged 64 and under.