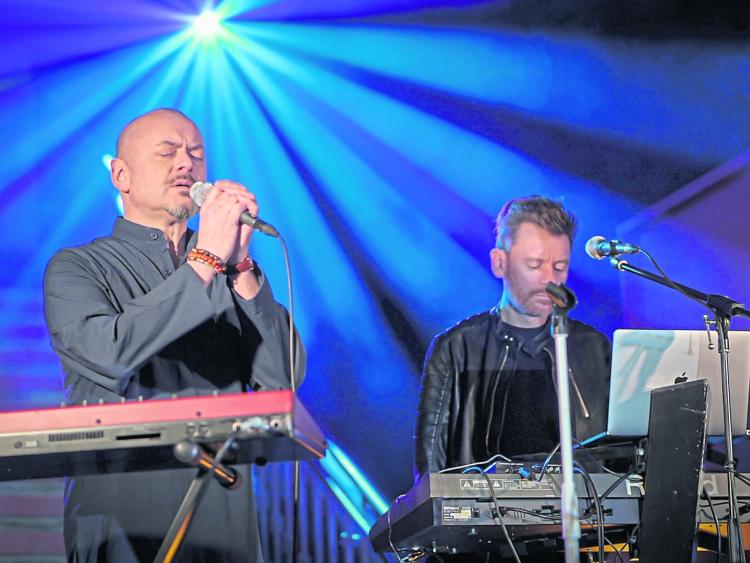 The Leitrim based singer/songwriter Perry Blake is known internationally for the delicate, downtempo, melancholic style of his songs and his soft singing voice and is taking part in the Sky from Here series in The Dock, Carrick-on-Shannon.

Since releasing his eponymous debut album (co-written with Graham Murphy) to massive critical acclaim across Europe in 1998, Perry has released a string of critically acclaimed albums, has scored film soundtracks and even published a children's book. His most recent album 'Songs of Praise' was released by the UK based label Moochin’ About in Autumn 2019 to excellent reviews.

He joined us earlier this year to record an exclusive live show that we are delighted to share as part of The Sky From Here Music series.
Before the gig Perry spoke about how, although he was raised in Sligo and spent many years living in London and Europe, he had relocate to Leitrim 21 years ago.
He said it is the place where he will remain permanently settled and referenced the people and particularly the landscape as being a big influence on the work he has produced since settling in Dromahair.

Indeed the inspiration for one of the songs he performs in his concert came from his sense of the ways in which people in his locality were being affected by the new realities of living in lockdown.
"The song I've written (Let's Fall in Love) is loosely based on people's experience of lockdown in North Leitrim and the effects it can have on relationships.
“Many people who normally work away from home have spent the past year in one place. There can be an almost monastic stillness to this new reality but it can also be difficult for couples used to distractions such as travel and wider interactions in their day to day lives. The song is based on a fictional couple who are simply trying to fall in love again."

Perry's full-length gig will be available to stream from Thursday, April 22 until Sunday, April 25 on www.thedock.ie. The gig is free to view but, if you are able to support us with a small donation it would be a great help to us so that we can continue to programme gigs and other events.

The Sky From Here series is a celebration of place and the rich musical talent that exists in the area.
It is produced by The Dock with funding from The Arts Council and Leitrim County Council in association with media partner The Leitrim Observer.