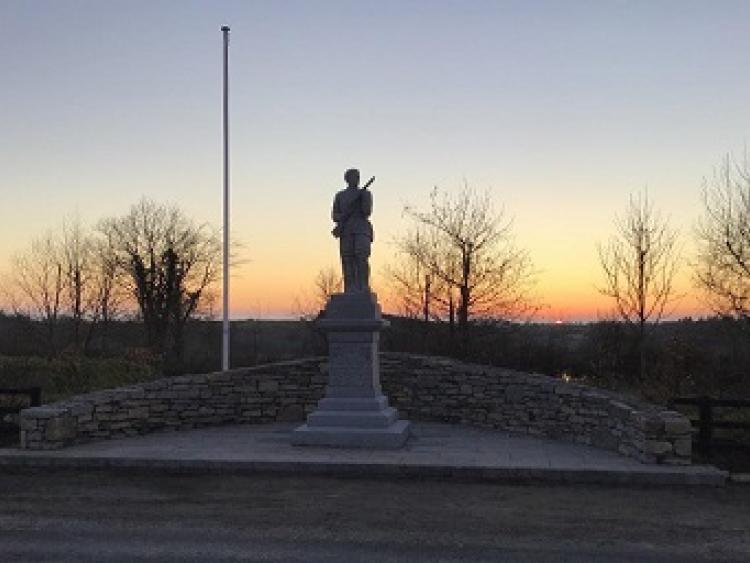 In the immediate aftermath of the Selton Hill killings at Gorvagh on 11 March 1921 resulting in the loss of six prominent members of the IRA’s South Leitrim Brigade, IRA activity against crown forces in Leitrim came to a virtual halt.
Not only had Selton resulted in the capture of a limited arms supply, but the deaths of six active column members was detrimental to any hope of increased military activity in the area.
The death at Selton Hill of IRA GHQ organizer Sean Connolly who was specifically tasked with reorganizing and training the IRA in Leitrim in early 1921, coupled with the imprisonment of north Longford Brigade leader Sean Mac Eoin in March 1921 were major blows for republicans in the Leitrim and Longford region.
According to Frank Davis, a prominent member of the IRA’s north Longford Brigade, following the jailing of Séan MacEoin and the death of Connolly, IRA action was minimal, and, “harassing tactics were the only things we were capable of”. With Mac Eoins’s imprisonment at Mountjoy Jail, the north Longford column had become so ineffective that the possibility of joining with their south Leitrim comrades was being considered.
By April 1921, increasing numbers of crown force patrols and ongoing raids on homes were becoming a feature of everyday life in Leitrim.

Selton Hill survivor Bernie Sweeney claimed that raids by crown forces and disorganisation in the ranks of the South Leitrim Brigade made it “harder every day to stay alive”. In his recollections of the War of Independence, prominent IRA GHQ organizer and author Ernie O’Malley wrote that the IRA had lost some of its best men at Selton, and the explosives training that Connolly had undertaken with the Leitrim IRA in early 1921 was not put to any use. O’Malley wrote that “the mines which were buried in the roadsides waited for men to explode them against lorries, but no one disturbed their quiet graves”.
IRA ranks in Leitrim were further depleted by the death of local Volunteer James McGlynn in Drumshanbo on 12 April 1921 while attempting to enforce the Belfast boycott in the town.

The boycott was instituted by Dáil Éireann as a protest against sectarian attacks on the Roman Catholic population across Ulster. McGlynn a 20 year old shop assistant and member of the local IRA unit in Drumshanbo was posting notices on the doors and windows of businesses in the town that were selling goods produced in Ulster. While posting notices on the window of one non-compliant business, the shotgun which he was carrying, accidently discharged, killing McGlynn instantly.
When police found his body, a shotgun was lying by his side, and boycott notices were also found in his possession. Reporting on his death, the military tribunal which was held in lieu of a formal inquest found that his death was accidental, “when taking part with other persons unknown in an act of violence against certain residents of Drumshanbo”.
While direct military engagement was not a consistent feature of the 1919-1921 period in the county, the enforcement by members of Leitrim IRA and Cumann na mBan of the Belfast boycott was carried out relentlessly. Defiance of the boycott was often punished by non-lethal, yet effective forms of violence.
Manorhamilton shopkeeper Thomas McGovern was kidnapped by local IRA members, and was released only when he took an oath that he would no longer trade with the Ulster Bank. In nearby Dromahair, draper James Kelly was fined £40 by the local boycott co-ordinator for trading in Belfast goods.

IRA member Patrick Hargaden recalled that “lists of Belfast firms who were on the blacklist were supplied to us and we raided the trains and vans for the goods of those firms. When we found such goods, which was nearly always we destroyed them or commandeered them. Bread vans were turned upside down and their contents spilled on the roadside and, in a short while, we had driven Belfast goods from the area.”
Cumann na mBan members were also prominent in the enforcement of the Belfast boycott campaign in the county.

In April 1921, two members of the crown forces died at Ballinamore

Another IRA member Hugh Brady recalled that, “as well as going to the various shops and warning the owners not to stock Belfast goods supplied by the black-listed firms, the girls of Cumann na mBan did a big amount of intelligence work in this respect and were able to keep watch on all goods coming into the area”.
In April 1921, two members of the crown forces died at Ballinamore. On 15 April, Wilfred Jones, a 35 year old Black and Tan from London, was shot on the outskirts of town near the railway station while in the company of local girl.
Jones‘s killer was Charles McGoohan, a member of the IRA South Leitrim flying column. McGoohan had received information that Black and Tans socialised freely in the town, and that Jones was meeting a girl near the railway station.

Describing the shooting, McGoohan wrote in his memoirs that “I found him standing on the roadside. I don’t know if he had already drawn his gun at my approach, but a considerable gun battle ensued in which I got off seven shots and he got off three and the last from the prone position. His companion I believe was injured also. I think I showed a fair turn of speed away from the scene for a couple of hundred yards when I slowed down and reloaded my guns. I had two; a Smith and Wesson 45 and a Colt automatic 45, so the enemy was out-gunned as well as surprised. Anyhow he lost.”

Jones was transported back to the local barracks on a cart, where he died a short time later. On seeing the body of their comrade, some members of the Black and Tan unit became angry and attempted to leave the barracks.
Fellow RIC members attempted to stop them, and in the ensuing scuffle 23 year old RIC man Thomas Mugan from Castlebar, Co. Mayo was shot. He died from his wounds in hospital in Dublin two days later.

Official reports claimed that Mugan was killed when loading his rifle in the barracks. Hugh Brady claimed that Mugan was shot by Black and Tans, while preventing them from leaving the barracks to carry out reprisals in revenge for the Jones killing.
According to Ernie O’Malley, Mugan’s death “saved a few houses and maybe some lives that night”. Houses were raided in the Ballinamore area in the following days, and Bernie Sweeney claimed that, ‘the Tans were practically mad in the town of Ballinamore. They beat up every man they could lay their hands on’.
In a county that witnessed only seventeen deaths from a national fatality total of 2,346, a short six-week period during March and April 1921 resulted in the loss of eleven lives - seven IRA men, three members of the crown force and one civilian. While the signing of the Truce in July 1921 ended hostilities between crown forces and the IRA, violence would remain as part of the political landscape within the county and country for some time to come.

Leitrim, The Irish Revolution 1912-1923 written by Dr Padraig McGarty is available at local bookshops in Leitrim and nationwide. Signed copies of the book are available, with personal messages if desired, by emailing the author on pmcgarty1@gmail.com.
The book is also available online at www.fourcourtspress.ie