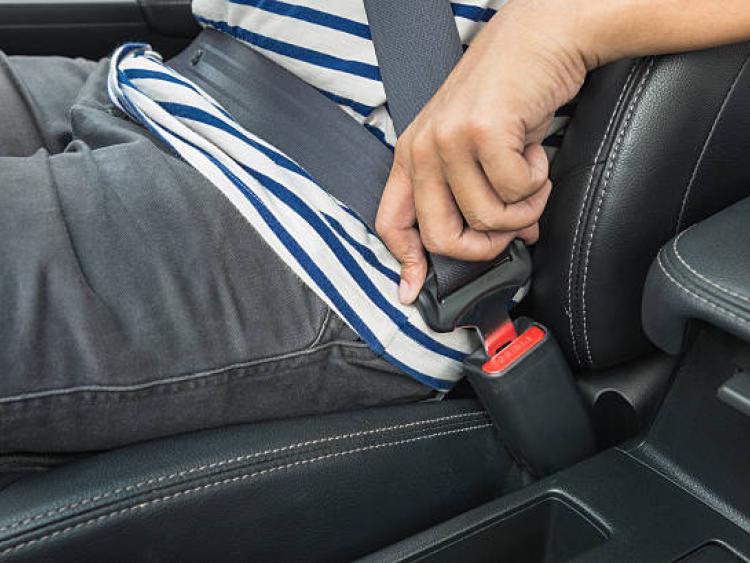 The Road Safety Authority (RSA) and the Gaelic Players Association (GPA) are reminding drivers and passenger, to ensure they are wearing a seat belt before they set off on their journey.

The message comes as the RSA and the GPA launch a new social media campaign aimed at promoting seat belt wearing amongst drivers and passengers. The initiative is part of an ongoing collaboration between the RSA and GPA to help reduce deaths and serious injuries on Irish roads.

The online campaign gets underway today, Sunday 25 April, and will see one intercounty GAA player from every county in Ireland post the image of a black ribbon on their social media, a seat belt strap reworked into a remembrance ribbon shape alongside the words ‘Never Forget’.

They will be encouraging others to share the seat belt ribbons on their social media profiles as well. The campaign aims to highlight the importance of wearing a seat belt and the high incidence of non-seat belt wearing fatalities; in 2020, one in four of all drivers and passengers killed on Irish roads were not wearing a seat belt.

Sam Waide, CEO, Road Safety Authority said: “In partnership with the GPA, we want to support road-users in embracing positive behaviours on our roads. Not wearing a seat belt isn’t just dangerous but selfish too. Failing to put on your seatbelt doesn’t just increase the likelihood that you could be killed or seriously injured in the event of a collision.

"It could also turn you into a killer. Not being restrained in the rear seat of a car means that in the event of a collision, you will be thrown around the vehicle at extremely high force, doing serious injury both to yourself and potentially to others in the car. I would like to thank the GPA for their involvement in this campaign and highlighting the importance of wearing a seat belt.”

Ciarán Barr, GPA Head of Operations and Finance said: “We are delighted to be working with the RSA to remind road users of the importance of wearing a seat belt whenever they are in a car, on every journey no matter how short.

"The GPA are committed to promoting positive driving behaviours among the players but also raising awareness around the importance of seat belt wearing to the wider public. We encourage everyone to follow the players example by sharing this campaign among their friends and family and critically by always wearing your seat belt, and encouraging others to do the same, every time they sit into a car.”

The second and third phases of the RSA/GPA collaboration will take place later this year, creating awareness of the dangers of speed and driving under the influence.