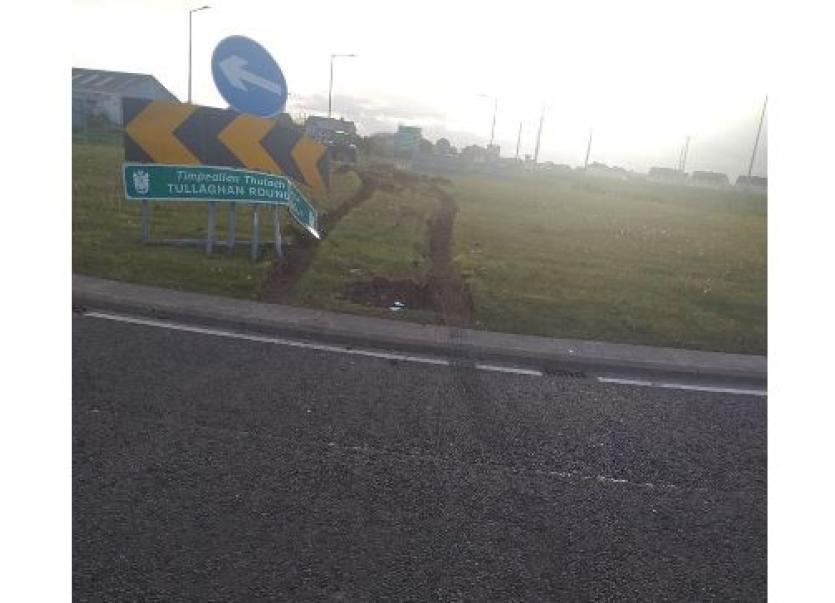 The scene at the roundabout following the crash on Sunday morning

Gardaí attended the scene of a single vehicle collision involving a lorry, which occurred at the roundabaout at Magheracar, Bundoran on Sunday afternoon.

A spokesperson said no injuries were reported in the incident and reported enquiries into the crash were ongoing.

Local councillor, Michael McMahon, who was on the scene at short time after, said thankfully no one was seriously injured.

"I want to commend the swift action of the gardaí, breakdown truck company and our own council staff on clearing the road of debris and making it safe so quickly," he said.

Also read: 85 hair and beauty salons in Leitrim set to reopen this week