Call to extend Leitrim's towns and villages to allow for houses 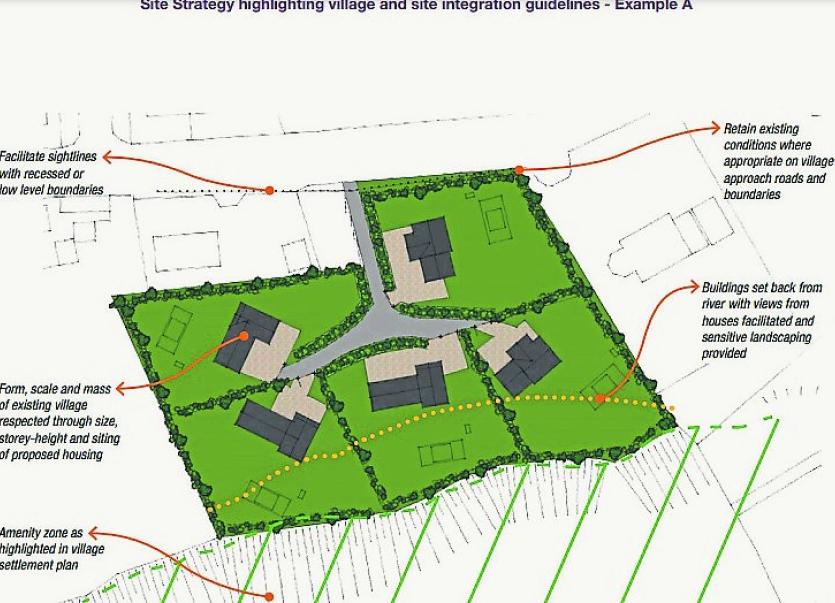 With no immediate solution to the one-off housing issue in Leitrim there are calls for the Council to help extend and develop towns and villages around the county to allow for more housing.

Read: No end in sight for one-off planning woes in Leitrim

Fianna Fáil Cllr Caillian Ellis has proposed that the Council “would look at the possibility of buying sites outside our towns and villages and put in the essential services and then sell sites to people from that area who are not able to get planning permission elsewhere due to the stringent EPA guidelines, and thereby enable people to build a house of their choice.”

He noted a TV programme which showed a village in Tipperary where serviced sites were made available.
Noting the recent letter from Ballinaglera GAA about the lack of housing threatening rural GAA clubs, Cllr Ellis said he believes there are private sites close to villages which could be serviced by the Council.
Chairperson of Leitrim County Council Mary Bohan supported the motion.

The Council did however make it clear, “No such proposals will be considered in the open countryside as the same considerations which apply to an individual would equally apply to the Local Authority in relation to the servicing of such houses.”
It was also noted that the Council would need a funding source and would need to identify a department within the Council to take responsibility for implementing such a programme.

Also read: No end in sight for one-off planning woes in Leitrim