Meet the proud owner of a treasure chest of GAA memorabilia 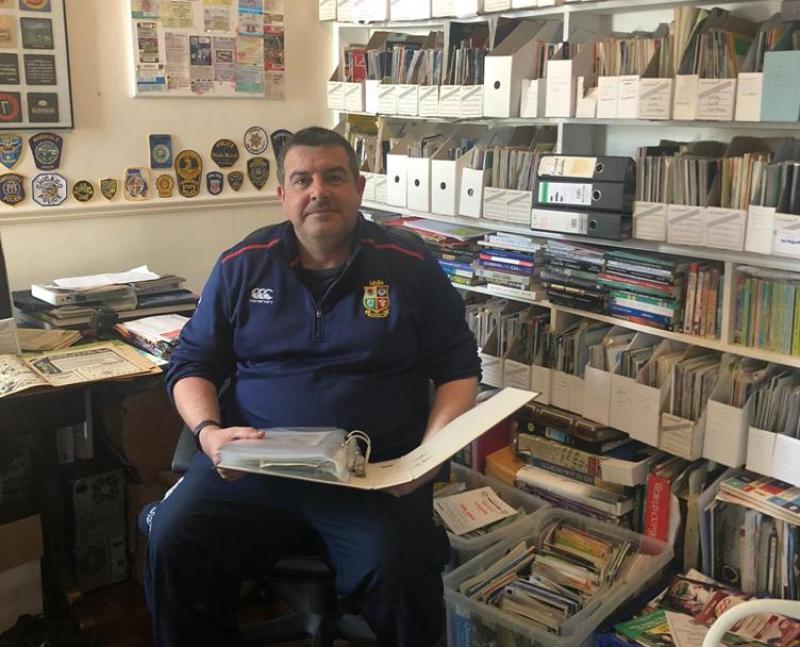 Keith Heffernan is a proud Laois man. A Portlaoise and Laois die hard, a childhood habit has now manifested itself into a time consuming and hugely satisfying hobby.

He is one the biggest GAA memorabilia collectors in the Country with his collection of GAA programmes his pride and joy.

All Ireland finals from the forties, rare Sigerson cup programmes and a glut of club programmes from around the Country adorn his man cave office at his home in Maynooth.

It started out small but over time, he has now thousands of programmes in his collection and it is building by the day.

"Like most lads, I have been going to games since I was a child. I started picking them up as I went and even picking the ones up that were left behind.

"It gets to a stage then when you are in your thirties or forties and you realise how many you actually have."

He comes from good GAA stock as well with his Grandfather Tommy Keogh a president of the Portlaoise club.

"My Grandad was the president of the Portlaoise club and he was a selector on the Portlaoise teams in the sixties, seventies and eighties. I would say I haven’t missed a Laois game in years (before Covid). I would travel all over the Country to league, O’Byrne Cup, the whole lot. I am a member of Laois Gaels and I can’t wait to get back going to games." 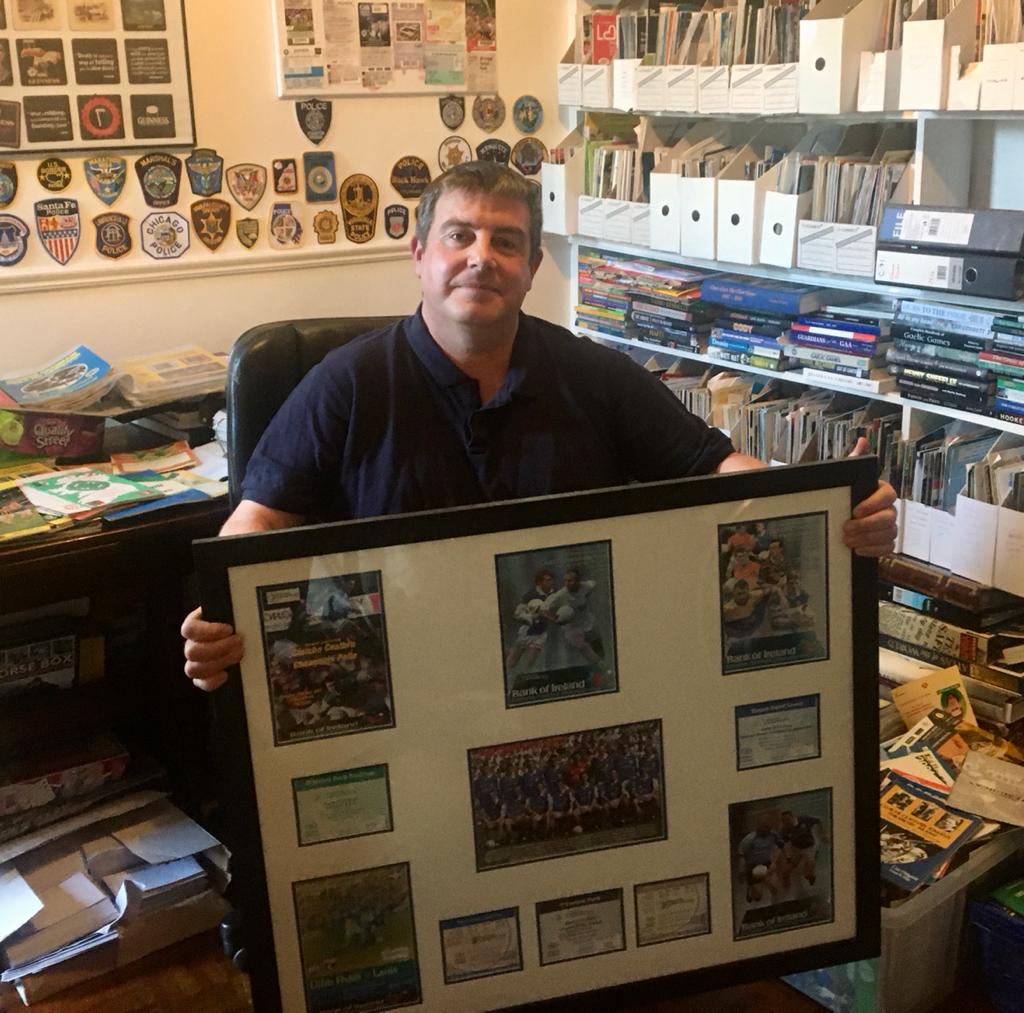 He now runs a Facebook page that acts as a network for like minded collectors and the popularity and interest in it has gone through the roof over the years. (Facebook page called 'GAA Programme Collectors')

"I had no idea of all these guys all over the Country who collected programmes. I set up my Facebook page a few years ago and since then it has been steady going. There are different people contacting me every day of the week.

"I have since gone to the likes of Thurles and Turloughmore to the sales and you meet more fellas. You don’t realise how many collectors are out there."

Before the Covid pandemic struck, Heffernan and other Leinster based collectors had organised a collectors meet in O'Moore Park but it had to be cancelled due to the restrictions but the hope is to now run it later in the year.

"There were a few of us Leinster based fellas trying to get a Leinster meet up going and in fairness to Paul Dargan and Thomas Clear, I know both well, they offered to give us the new building in O’Moore Park to hold it but three weeks before it was to go ahead, Covid-19 landed and that put pay to that.

"We are hoping to run it now in September or October when people feel more comfortable.

"What you try and do is get as many collectors as possible to bring their stuff. People will bring their spares or others could bring more valuable ones and try and cash in to make a few pound.

"I had a lot of lads lined up from all over the Country. It’s really simple, you just give them a table each and they line out their stuff. You would be surprised the amount of people that would turn up."

While it is a hobby, it is also probably bordering on obsession and the vast amount of material he has backs that up. A Laois man at heart, many of his most treasured possessions are programmes from Laois or Portlaoise games.

"It is a hobby. I would get two or three programmes every single day through all the connections I have.

"I was trying to collect all the Laois stuff. I am from Laois and there aren’t that many Laois collectors out there. It starts out small but it just grows and grows. Then you find yourself running a Facebook page and it is a bit like the old Panini soccer stickers – lads are asking have you a swap for this or a swap for that.

"I would have the Portlaoise Leinster club finals; I think I am only missing one or two of them.  I have the last All Ireland hurling final that Laois were in from back in the forties. I have a collage made up here as well from all the games that Laois won in 2003.

"I have a programme here from a famous game from 1964 when Eamon Breslin scored the famous headed goal against Laois. It was the first remembered headed goal. The likes of those programmes would mean a lot to me.

"I have All Ireland final programmes going back to the forties and some lovely Sigerson cup programmes from the seventies.

"All my contact details are on my Facebook page. I get a huge amount of random contacts from people looking for stuff."

"I like the content in them. There would have been ones done over the years for Laois matches where they would have looked back at games from previous years and that kind of stuff. Pat Delaney is great for that.

"last few years, the teams listed bare no relation to the team that takes to the field. That can be annoying for supporters; you could even have lads playing that weren’t listed on the programme.

"It doesn’t bother me that much from a collector’s point of view."