No criminal intent in cutting down 70-year-old Leitrim trees 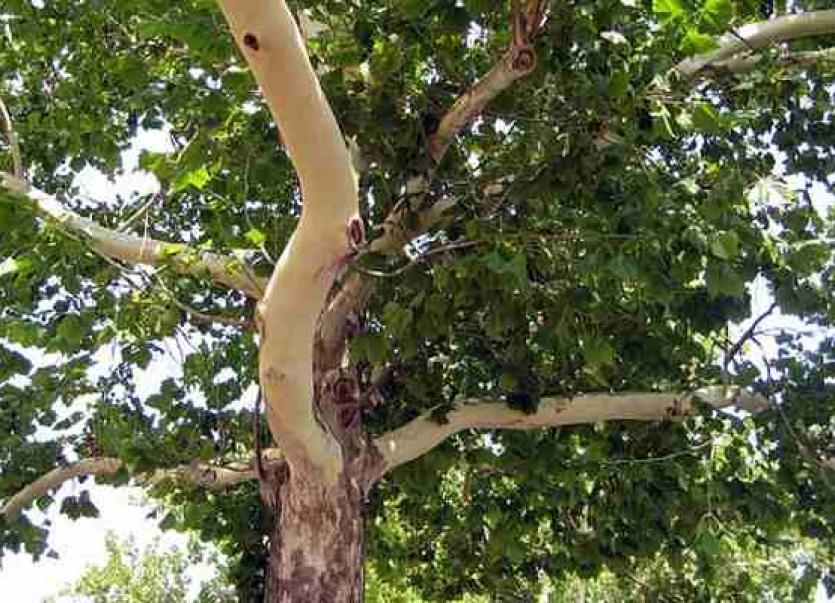 A Fivemilebourne man has been found not guilty of charges of criminal damage and theft, after a lengthy contested case, at Manorhamilton District Court.
Deryck Fouracre, from Carricanurro, Fivemielbourne had pleaded not guilty to charges that he caused criminal damage to three sycamore trees belonging to Mary Keegan on dates unknown between November 16 and November 23, 2019 and that he stole three sycamore trees belonging to Mary Keegan valued at €150.

Inspector Mick Collins said the defendant had admitted cutting down the trees at Fivemilebourne and they were disposed of by other people.
The three mature trees were on a property which the defendant was renting from Mrs Mary Keegan.
The timber was taken away from the property.
Mary Keegan told the court the property had been “in our family for years” and the defendant had been renting the property from her.
She said a Mr Harry Banks, who had cattle on the land, rang her on November 23 to tell her that the trees had been cut down and they had broken down fences.
The witness said she did not give permission to have the trees cut.

The court heard the Mrs Keegan’s property had been rented to the defendant since 1993.
She added that when she went down to the property there was no sign of the trees and all the branches were on the road, fences were broken down and a digger had to be got to fix the fences.
The sycamore trees could be more than 70 years old.
Defence solicitor Tom MacSharry said there was no issue before the court about damaged fences.
Mr MacSharry said the defendant had been on the property since 1993.
He cleaned up the garden, cultivated it, cleaned a lot of rubbish, and grows his own vegetables.
And, over 25 years he had planted 25 trees.

The witness said she was not told about this as the gate was locked and she was not allowed in.
Mr MacSharry said the defendant had paid rent up until 2012.
He had previously worked in the Parks Department in London and knows about horticulture and will say he had planted trees.
“We gave no permission, it was his own doing.”
When Mr MacSharry suggested that his client was not a man of means, the witness said: “I don’t know whether he is or not.”
The solicitor said the defendant had approached Mrs Keegan and her husband about the trees.
He had got a price from a tree surgeon who stated it would be €1,200.
The defendant then made an agreement with some friends to take down the trees. It was barter as they could keep the timber.

Garda Conor McDonagh told the court that the witness reported criminal damage to trees on her property at Fivemilebourne.
The court was told there was a civil issue between the parties over payment of rent.
The trees were on an elevated site and were close to the property on a narrow road where there was a fair amount of traffic.
There was no CCTV in the area and the identity of the cutters was not known.
The defendant admitted under caution that he had cut the trees without Mrs Keegan’s permission.
He accepted that they were on her property but said there was a dispute between the parties over maintenance.
He admitted cutting the trees with others and gave the timber to them.

They were overgrown and growing through wires and were affecting the light coming into the property.
The garda agreed that the defendant had been no trouble and had a made a full statement saying the trees were rubbing off Eircom wires and had gone through ESB wires and needed to be cut.
Mr MacSharry said the mens rea (the intention or knowledge of wrongdoing) was not in this case.
He appreciated Mrs Keegan’s position, but the defendant saw a danger to public safety and he had to make a call on it.
Sadly, the parties were also in dispute, so it was not sorted out between themselves.
Judge Kevin Kilrane said the property was let to the defendant in 1993 and things were ok until 2012 when a dispute arose about rent and no rent was paid thereafter.

The owners did not attend the property and were not aware of what was happening, and it was Mr Banks who had alerted Mrs Keegan who, to an extent, had lost control of her property, did not visit it at all and had no connection with the property.
The fuss seemed to be coming from Mr Banks who rented land across the way.
He had to get a digger although this was not part of the prosecution case.
The judge said the charge was one of theft of trees and it needed actual intent.
He said he was not satisfied that criminal intent had been established and he dismissed that charge.
On the criminal damage charge, he said the road was quite narrow and the trees were on an elevated site over the road.
He added that if trees were on an elevated site, they would follow the contour, and this was out towards the road where there was an Eircom line and trees would interfere with them.

It was clear the branches posed a danger, they needed attention and they were not being attended to by the landlady and there appeared to be a mass of bushes and trees at the location.
Mr Fouracre seems to have certain degrees of authority that he could tend to bushes and trees on the property and he took it upon himself to cut the trees and he was not concerned about tidying up the place.
In this case he felt the trees caused an obstruction to an Eircom line and to traffic and this is a “reasonable position to take.”
Mr Fouracre cut the trees and he did not discuss it with the landlady.
That may sound arrogant, but the problem was the parties had gone their own ways and there was no contact at all.
So, it was not unreasonable for him to deal with the matter but in the view of the court there was no criminal intent on his part.

The trees had been cut up high and were still alive.
Mr Fouracre said they needed to be lopped and he had help to do this.
The timber was given out and it would not be a lot.
The judge said he was not satisfied that there was any intent to commit criminal damage.
If the trees were a possible danger to Eircom and ESB wires, it is not unreasonable that they be trimmed.
If relations between the parties were better, there would be talks about this.
The judge also dismissed the criminal damage charge.
The judge added that the best thing the parties could do was to regularise matters as at the “moment it is completely unsatisfactory.”