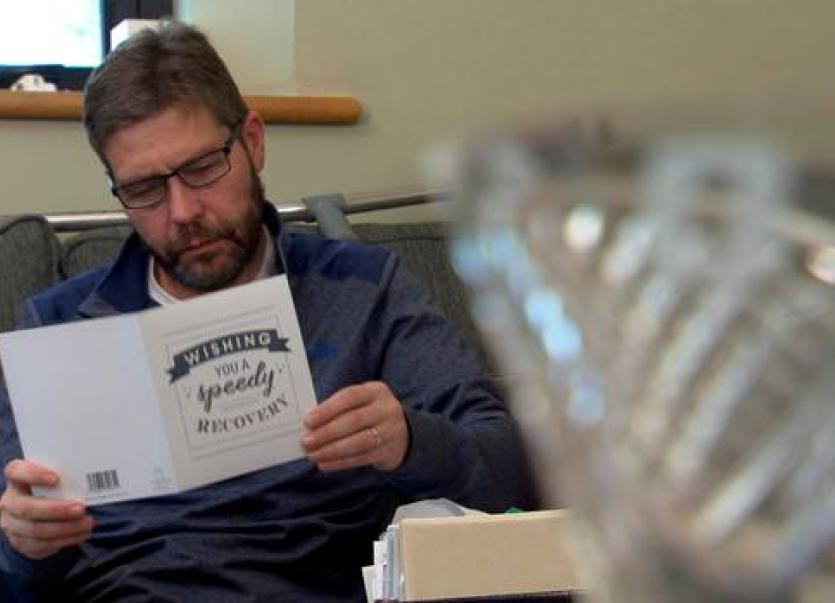 Lawyers for Darren Redmond, one of the men accused of abducting and assaulting Quinn Industrial Holdings director Kevin Lunney, are disputing the prosecution's attempt to link their client to a phone number allegedly used during the offences.

Prosecution counsel Sean Guerin SC has called witnesses to tell the Special Criminal Court that a person using the name Darren Redmond, his address in Dublin 3 and his date of birth, gave the phone number, ending in 567, when applying for a passport. The same name, address and telephone number were also given when booking a holiday to Las Vegas before the assault on Mr Lunney and when ordering food for delivery from a Domino's Pizza in Dublin three days after the assault.

The prosecution wants to use mobile phone data to track the movements and calls made by a number of phones allegedly linked to the accused men around the time of the offences.

Mr Redmond denies any involvement in the false imprisonment and assault and is on trial at the three-judge, non-jury court.

A 40-year-old man who cannot be named by order of the court, Alan O’Brien (40), of Shelmalier Road, East Wall, Dublin 3, Darren Redmond (27), from Caledon Road, East Wall, Dublin 3 and Luke O’Reilly (67), with an address at Mullahoran Lower, Kilcogy, Co Cavan have all pleaded not (NOT) guilty to false imprisonment and intentionally causing serious harm to Mr Lunney at Drumbrade, Ballinagh, Co Cavan on September 17, 2019.

Colleen Hattie, a travel agent, told Mr Guerin that following a garda inquiry she found a record of a booking for flights to the USA and a stay at the Excalibur Hotel in Las Vegas from September 6 to September 12, 2019. Mr Redmond's name and address were used in the booking along with the 567 number that Mr Guerin has alleged is associated with Mr Redmond.

Under cross examination the witness agreed with Michael Bowman SC, for Mr Redmond, that there was no date of birth recorded on the documents produced in court. She said she would have handwritten the birth date on another document not before the court.
She also agreed that she had no recollection of the interaction with the person who made the booking.

Linda Carroll told Mr Guerin that she works in the passport office and received a request from gardai for information relating to Mr Darren Redmond with the accused man's date of birth. Ms Carroll produced a handwritten passport application form for Darren Redmond using Mr Redmond's address, with his date of birth and associated with the 567 phone number. A photograph was also attached to the file.

The witness told Mr Bowman that the document produced in court was printed from a scan. The original documents are destroyed after three months, she said.

Aiga Grison told Mr Guerin she is a store manager at a Domino's Pizza in Drumcondra. In January 2020 gardai asked her for information relating to the 567 number. She retrieved records from the Domino's system of orders for delivery on September 15 and 18, 2019. The customer name on the system was "Darren" with Mr Redmond's address in Dublin 3.
Ms Grison agreed with Mr Bowman that the records are automated and there is no way of telling whether those details were given on that occasion.

Mr Guerin has told the court he also wishes to associate a number ending in 200 with Cyril McGuinness, who is now deceased. McGuinness is alleged to have instructed the four accused by phone during the abduction and assault.

Peter Power told Mr Guerin that he owns a plant hire and haulage business and got to know McGuinness as someone who could get parts from the UK at a reduced price. He initially knew him as Jimmy but later learned his name was Cyril. "He was good to deal with," the witness said, and they would speak three to four times a week for about four years. McGuinness drove a green Mercedes and sometimes a Citroen Berlingo van with an English registration. He smoked all the time and, Mr Power said, in October 2019, not long before he died, he thought McGuinness "looked a bit stressed". Mr Power said the 200 number "sounds familiar" when asked if that was the number he had for McGuinness.
The witness also confirmed that he handed to gardai a number of invoices related to transactions with companies that McGuinness had worked for in 2019.