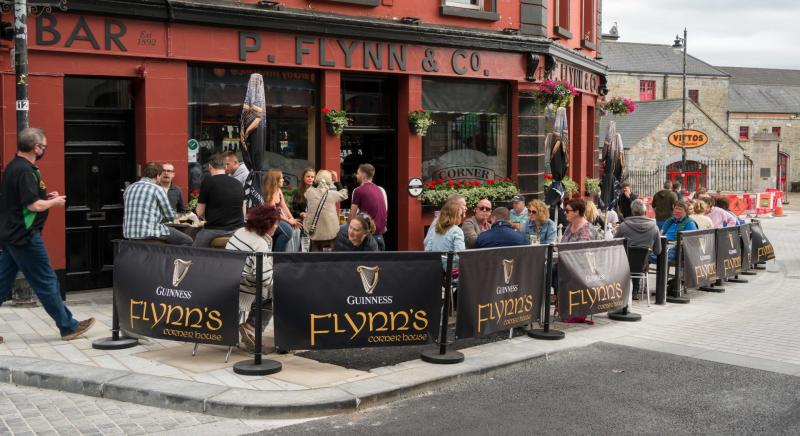 Sinn Féin spokesperson on Justice spokesman Martin Kenny TD has called on the Minister for Justice and the Garda Commissioner to provide clarity to Gardaí about the legality or otherwise of publicans serving alcohol to customers outside their premises.

The Leitrim TD said, “We have been assured that an outdoor summer was to be enjoyed by everyone. An essential ingredient of that outdoor summer is the opening of pubs and restaurants after 15 very hard months for the industry.

“This lack of clarity about the legality of serving alcohol outdoors has understandably made representatives of the hospitality industry very angry.

“If there is scope for discretion on behalf of the gardaí in the policing of the licencing laws or local authority by-laws, then that discretion must be applied universally. It should not arise that what is legal and acceptable in one area, is subject to prosecution in another.

“The government had plenty of time to deal with this issue before the partial opening of the industry happened. To call out an activity which has been encouraged by grant-aid and specific advice to publicans and restaurateurs on how to increase their outside spaces, is just ridiculous.

“I call on Minister Humphreys and Garda Commissioner Drew Harris to rectify this situation and if legislation or a statutory instrument is needed, then the government should act to bring that about.”