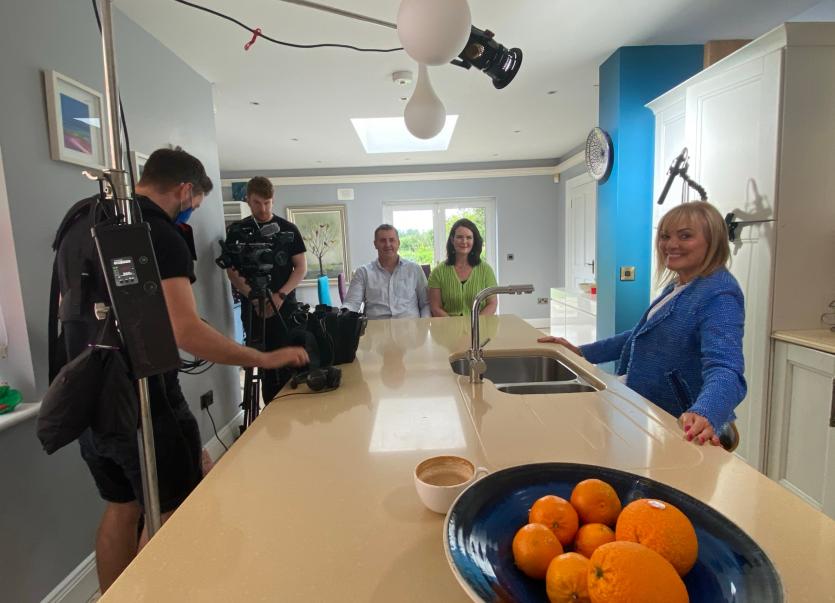 Moving West is a new six part TV programme about people who have decided to up and leave the city and move west to live, work and rear their family.

The programme is produced by an independent company called Dundara Television and Media and will feature stories from six western counties, including Co Leitrim.

Filming took place in both Carrick-on-Shannon and Drumshanbo last week and the series is now gone into post production.

Host of the programme, Mary Kennedy, well known to viewers for her previous role as presenter of Nationwide, said the programme is not just about people who have moved but also about those who have decided to stay in this region and the lifestyle they now enjoy. 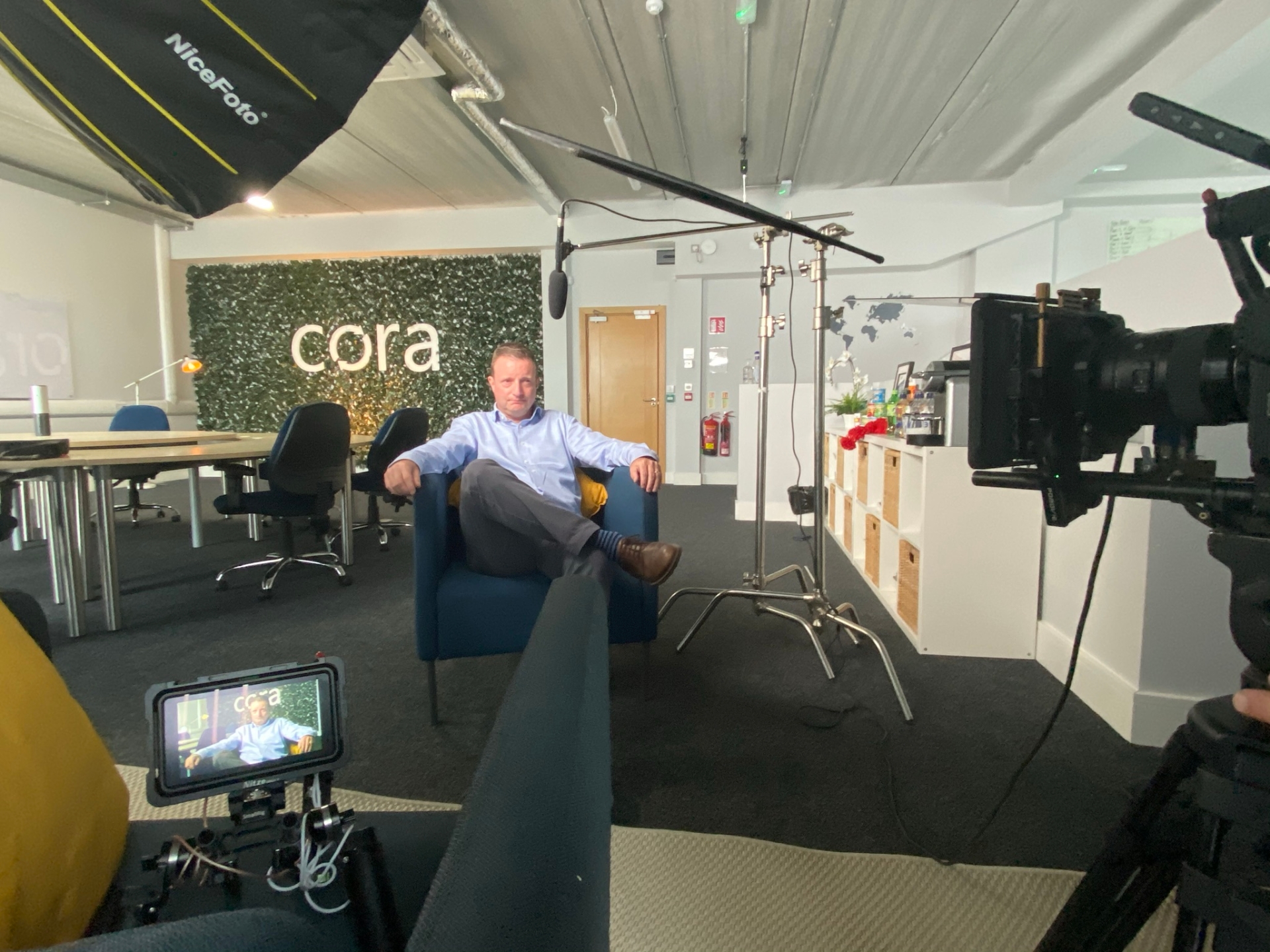 Derry Lynch pictured being interviewed at Cora Systems in Carrick-on-Shannon.

“Pre-production started last November and I was contacted in January and I didn’t think twice about it,” said Mary.

Mary said the pandemic has meant people are now aware that it is possible to work remotely and to enjoy the benefits of a work - life balance.

Nearly a year in the making, the six episodes will be shown on TG4 later in the Autumn and will feature stories from six different counties, Kerry, Clare, Galway, Sligo, Mayo and Leitrim. 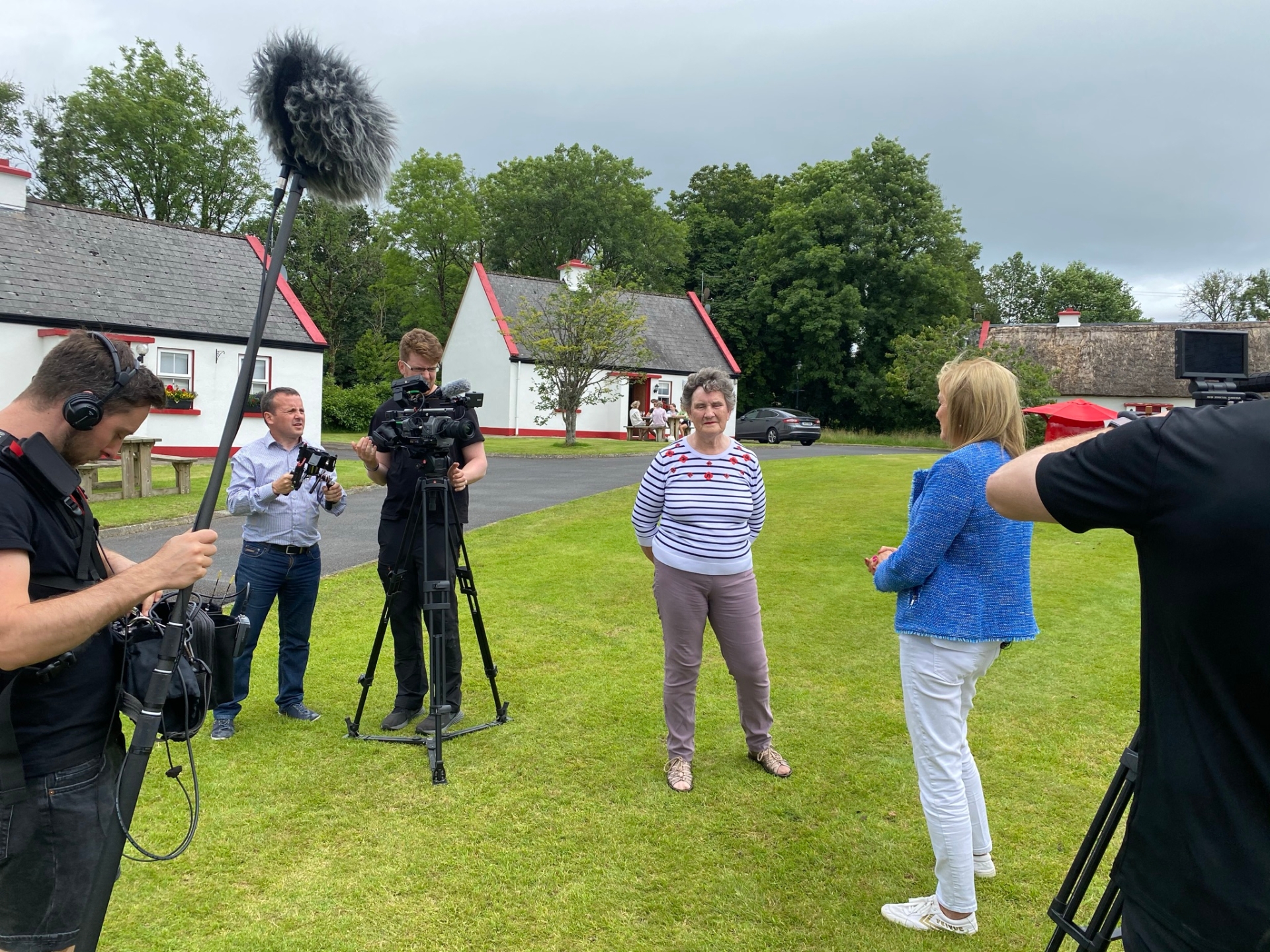 The people interviewed are from all walks of life and vary from people working in tech, working in the bank, to a teacher and somebody who runs a coffee shop.

Mary is no stranger to Co Leitrim and she said it was lovely to see lots of ‘staycationers’ around Carrick and Drumshanbo.

She said people who have holidayed in Ireland this year have been so impressed by what they have seen.

The programme itself is a mix of Irish and English with on-screen subtitles for Irish.

The filming is now over and post production is underway including voice overs and subtitles.

Enda Grace, series producer, said filming in the various locations went really well and that was mainly due to the cooperation they got from everyone. 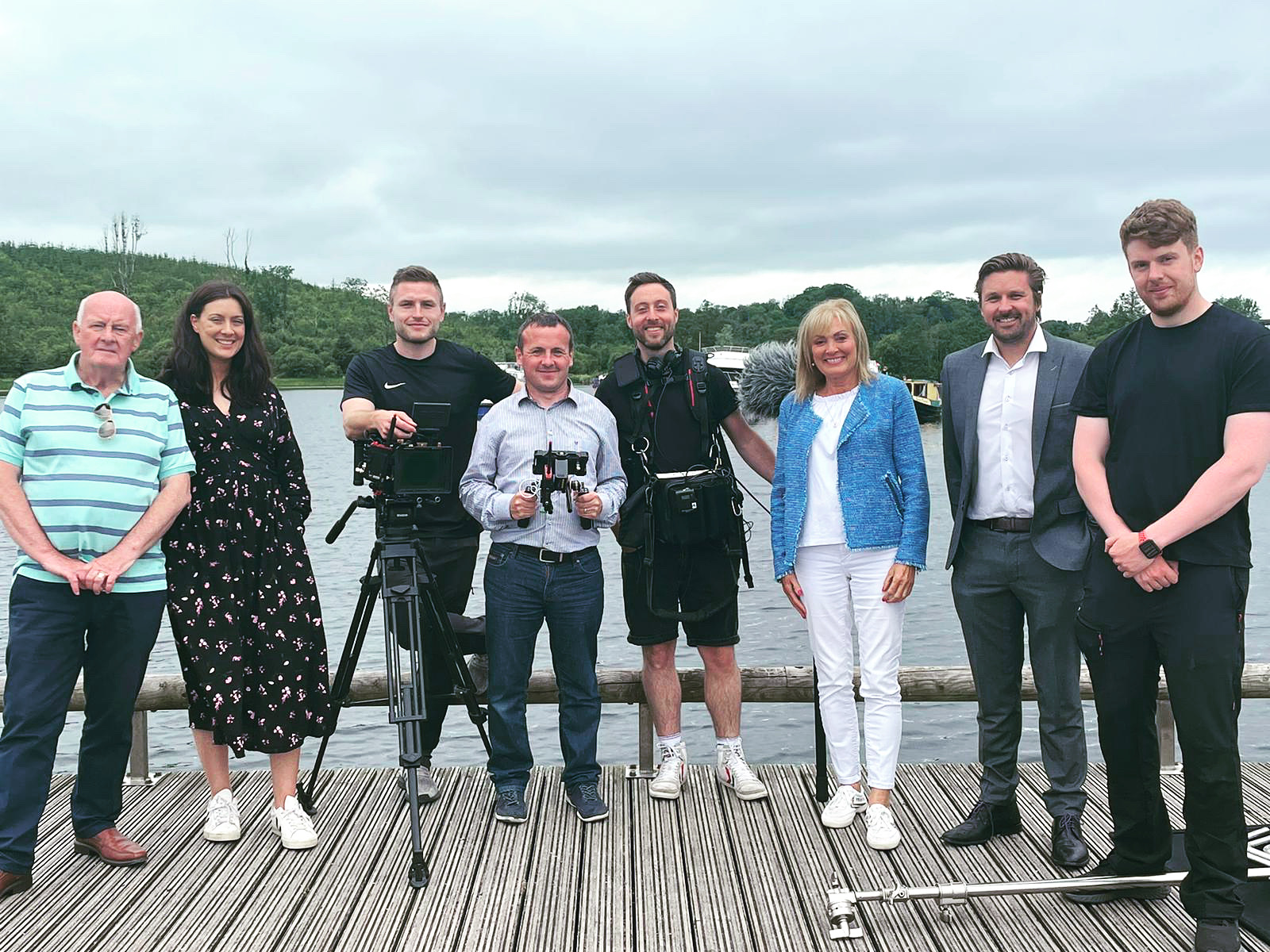 Leitrim was the last of the six counties to be filmed and Enda was impressed by his time here.

“Hidden gem is a bit overused, but it certainly is. It’s not a county I’d spent a huge amount of time in to be honest. I went out for a walk on the boardwalk in Carrick-on-Shannon before filming and it was absolutely gorgeous. Drumshanbo, I’d never been before, again the Blueway was fantastic and we met the guys from Jinny’s Bakery,” he said.

The show will feature interviews with, among others, Sinead and Pascal Gillard of Jinny’s Bakery in Drumshanbo and will also talk to Carrick-on-Shannon native Derry Lynch who works with the software company Cora Systems in the town.

Enda said it was a good move for them to bring in Mary Kennedy as host for the series. “For her professionalism alone it made sense to bring her in, she’s so good at putting people at ease and they could tell their story in a very natural way due to the ‘Mary’ factor,” he said.