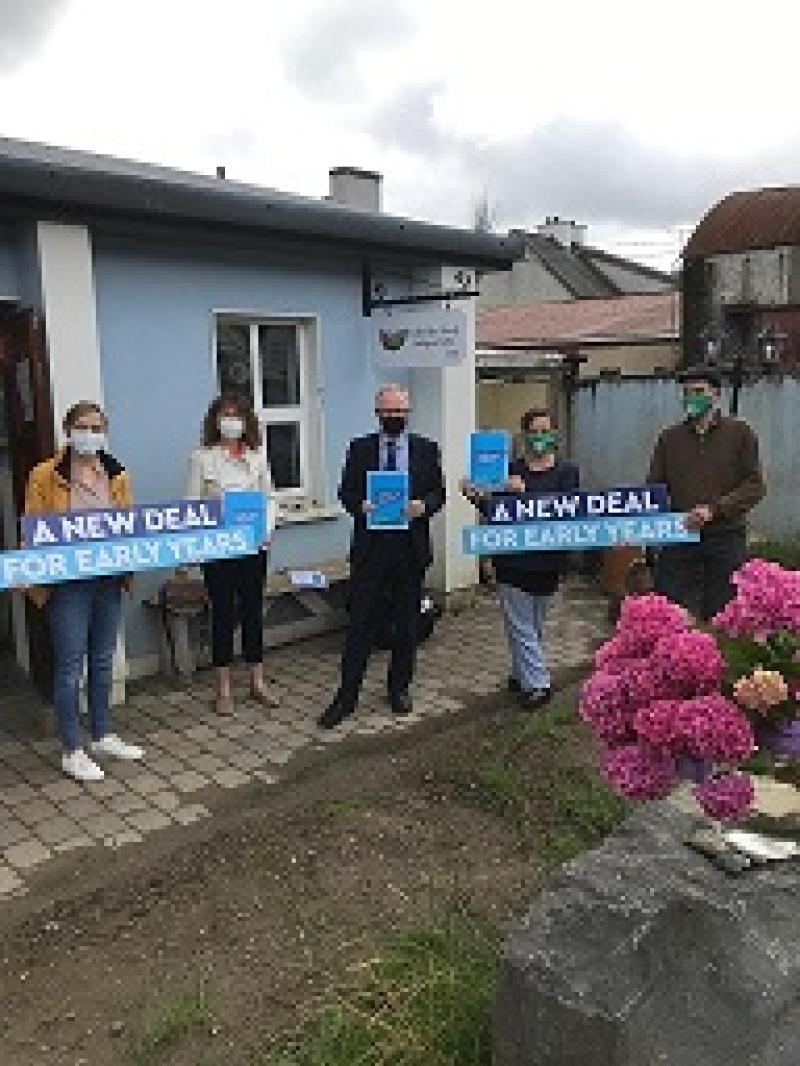 Sligo Leitrim SIPTU Big Start Committee met with Minister Frank Feighan in Ballintogher last week to discuss the recently launched ‘New Deal for Early Years’ campaign which is calling on the government to reform the childcare system so it can provide improved services for children, families, providers and workers.
John Davey, Early Years activist and owner of Ballintogher Playschoolsaid “Early Years teachers are earning shocking levels of pay for years, along with the challenges that the pandemic presented in the delivery of quality childcare, this has led to a serious staffing crisis in our sector.”

John said “locally and nationally we are hearing of Early Years teachers and providers walking away from the sector.”
He added “What is also very concerning is the amount of graduates leaving the sector which leaves the quality of care and education of Irish children at stake and unless the Government is serious about addressing lack of investment in the sector then it will spiral downwards even further.”

Lucy Davey, Early Years Teacher and activist added “The government needs to publicly fund the wages of the sector to entice these graduates to work in our sector, it is very difficult to expect a graduate with a degree in childcare to begin working in a sector that is paid just above the minimum wage.”
She said “We are begging the government to please invest in Ireland’s children they are our future.”
As a father of young children Minister Feighan stated that he personally values Early Years teachers and recognises the work, responsibility and commitment involved in the running of these childcare services and collectively as a Government he agreed substantial investment was required.

SIPTU Organiser and Big Start Campaign Coordinator Ann O’Reilly “The current childcare system is simply not working.
“It must be reformed in order to create high quality, affordable and accessible services for children and families which are delivered by qualified educators with professional pay and conditions
“Despite their qualifications, most Early Years educators earn just above the minimum wage and parents are paying the highest fees in the European Union.”
She added “the Government now has the opportunity to make a down payment on a new childcare system in this coming Budget that delivers for children, families and Early Years Educators.”