Megan's make up skills bag the "opportunity of a lifetime" 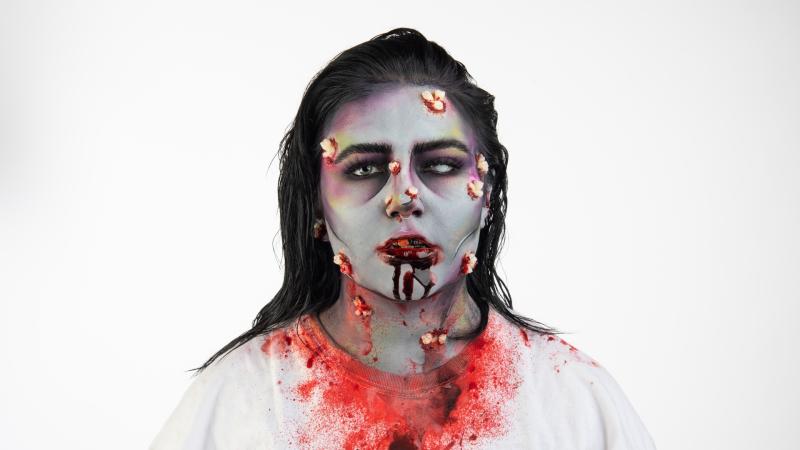 Megan O'Connor from Ballinamore is rising to fame for her make up artistry on Glow Up Ireland!

Michèle is the winner of two Oscars for “Best Makeup” for Bram Stoker’s Dracula and Quest for Fire and has been nominated a total of six times. Michèle’s credits include Dracula, Mission Impossible 3 and 4, Jerry Maguire, As Good As It Gets and Minority Report among many others. Her leading ladies include Penelope Cruz, Helen Hunt, Jessica Chastain, and Cameron Diaz and her leading men include Tom Cruise, Brad Pitt, Orlando Bloom and Morgan Freeman.

For Thursday night’s challenge the remaining 8 make-up artists (MUAs) were asked to create modern day versions of some of Michele’s most memorable film characters.

The eight MUAs were be paired up to test their team playing skills, as being asked to 'double team on sets happens all the time' and is part of the challenge of a real working environment. Ballinamore's Megan was teamed up with Caolán and Michéle loved the 3D and flames," their "make up was flawless" and their paintwork and communication skills impressed. The pair walked away with  the life changing prize for an all access mentorship by this incredible award winning makeup artist. Megan said the prize was "the opportunity of a lifetime."

This is Megan's second prize to win, in the first episode Megan received an editorial photoshoot with Celebrity Fashion Designer Colin Horgan for Stellar magazine and she will be the make up artist for Horgan during London Fashion Week 2022!

The creative challenge this week was entitled ‘Primal Fear.’ The 8 MUAs were tasked with creating a look that embodies their worst fear or phobia. Megan's masterpiece was inspired by her nightmares of losing teeth - she had teeth stuck on her face - scairly impressive!

Don't miss Glow Up Ireland, presented by TV star, model and influencer Maura Higgins which airs on RTÉ2 from 9.35pm every Thursday.

Last chance for tickets to Ballinamore's September Soirée this weekend