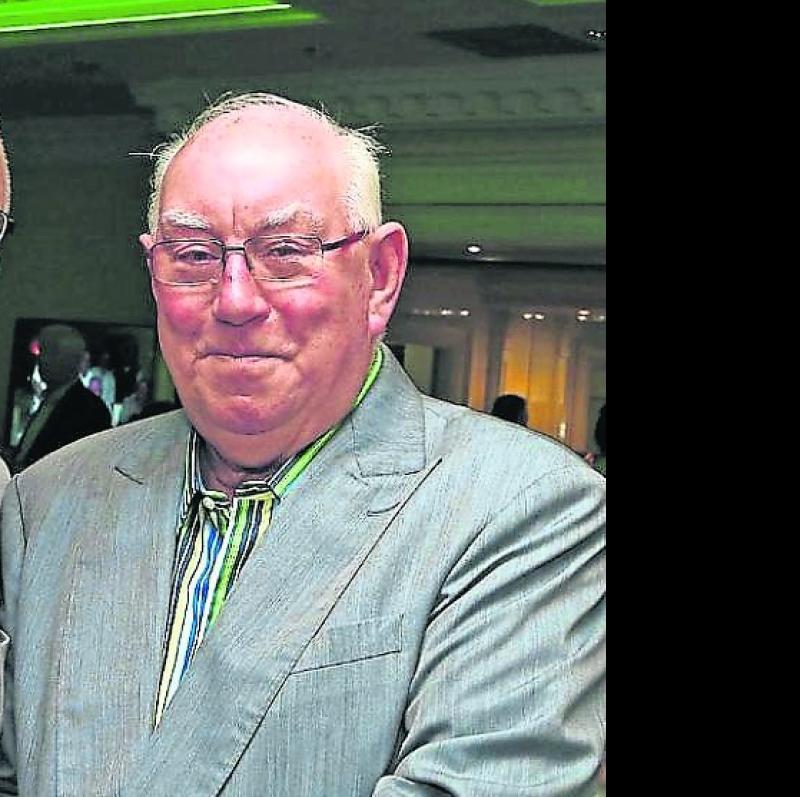 It has been announced that the Leitrim Guardian Person of the Year for 2022 is the well known business man and philanthropist, Pat Gallagher, a native of Knockacullion, Aughnasheelin.
In 1966, Pat Gallagher, emigrated to England with his parents, Packie and Lucy, and his younger brother, Michael, from their home in Knockacullion.
There they had run a well-known country shop and small farm, so a move to Kent was a major family decision.
Pat had been a pupil in Tullybawn National School and his Secondary education was in Rosary High School in Carrick-on-Shannon and in Drumshanbo Vocational School.
From his father and grandfather he would have gained valuable experience, especially with construction and machinery and also a great work ethic, which would stand him well in later years.
Starting out by sweeping factory floors and doing odd-jobs, Pat had ambitions to eventually own his own business.
He began by purchasing a second-hand digger, getting small contracts in construction and earning a reputation of being a man of his word, as employee numbers gradually increased.
His rise was meteoritic and Pat Gallagher would own his own company, The Gallagher Group, of which he is Chairman.
The Company is now valued at £130 million and has a workforce of 500, many of whom are Irish, with many of these from Leitrim.
So many individuals, families, communities, charitable and sporting organisations, hospitals, medical research centres, care providers, parish committees, churches - the list is endless - in Ireland and England, have benefitted greatly from the generosity of Pat Gallagher, his family and The Gallagher Group and its subsidiaries.
While living in England now for over 50 years, Pat’s heart was very much at home, as the naming of his racehorses, Knockacullion and Leitrim, bear witness.
The Man of the Year for 2022 has suffered personal loss with the passing of his beloved wife, Mary, in 2019, someone who was always so proud of her husband, as Pat and Mary’s sons and daughters, his grandchildren and his brother Michael will be now.
It is especially for his thoughtfulness of others and his philanthropy that Pat Gallagher was nominated and selected as The Leitrim Guardian Man of the Year for 2022, combined with the example he has set for people with ambition and a solid work ethic.
Congratulations Pat.