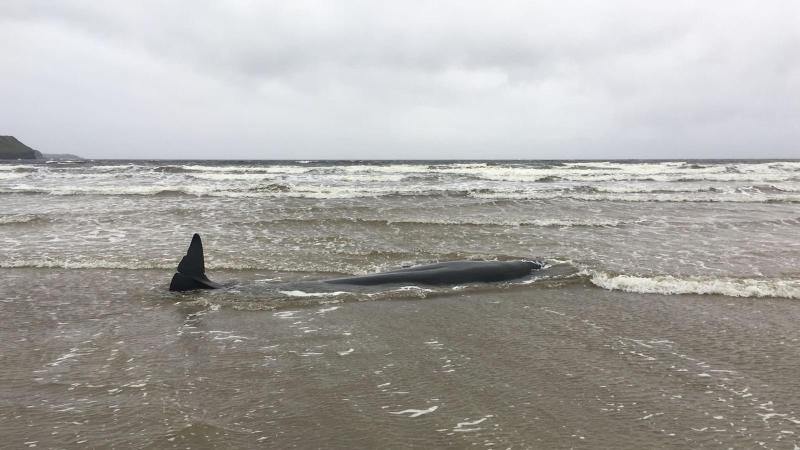 A live pilot whale has been washed up on a Donegal beach.

The six-metre whale was found on Rossnowlagh beach on Thursday morning.

The live stranding was reported to the Irish Whale and Dolphin Group at around 9am.

The organisation has sent a stranding volunteer to the scene.

Stephanie Levesque, stranding officer with the group, said indications are that the whale has become stranded due to illness.

“Pilot whales are s relatively common sights but live strandings don’t happen that often but, but they are not extremely rare,” she said.

She said consultations with a vet about the condition of the whale suggest that it is ill.

“It seems that it has washed up because it is sick.”

She said it is important that any strandings of live or dead whales, dolphins or porpoises are reported to the group.