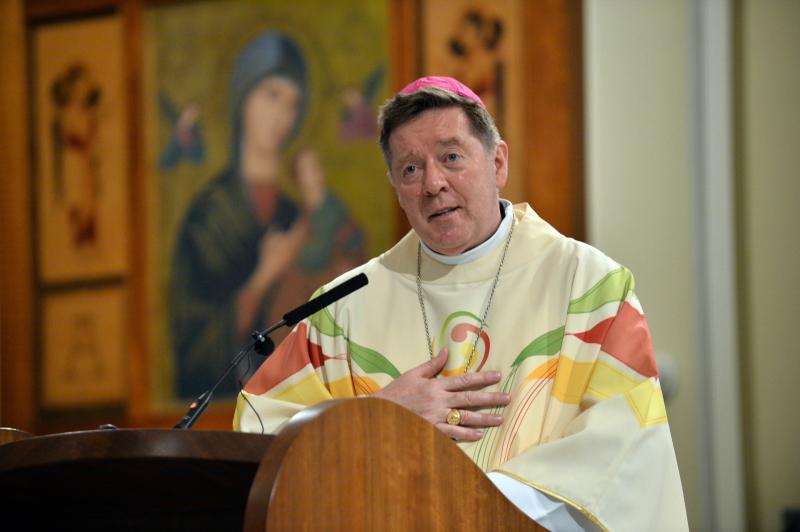 Archbishop-elect Duffy concelebrating Mass in the Cathedral of the Assumption of the Blessed Virgin Mary, Tuam Picture: Ray Ryan

His Holiness Pope Francis has appointed Bishop Francis Duffy, Bishop of Ardagh and Clonmacnois, as the new Archbishop of Tuam.

On Wednesday morning, Archbishop-elect Duffy concelebrated Mass in the Cathedral of the Assumption of the Blessed Virgin Mary, Tuam, with His Excellency Archbishop Jude Thaddeus Okolo, Apostolic Nuncio to Ireland; and Archbishop Michael Neary, Archbishop of Tuam.

Archbishop-elect Duffy's address to the congregation

I thank Archbishop Michael for his very warm welcome. I follow in the footsteps of a true shepherd who has led this diocese with great wisdom, sensitivity, and faithfulness for 27 years as Archbishop.

I thank the Apostolic Nuncio, His Excellency Archbishop Jude Thaddeus Okolo, for his assistance and encouragement over the last while.

I come today as a Cavan man, from Bawnboy in the parish of Templeport, where I was born and raised. I spent over twenty years as a teacher and as a school principal in counties Cavan and Leitrim followed by some years as diocesan secretary in my native diocese of Kilmore and as assistant priest in the parish of Laragh.

The last eight years have been spent in the Diocese of Ardagh and Clonmacnois as Bishop, based in Longford. Pope Francis has asked me to go further west, to be Archbishop of Tuam, in this beautiful part of the country, stretching from the islands off the west coast to Mountbellew, and on to the island parish of Moore.

I am certainly surprised and humbled to be appointed to this Archdiocese and naturally I am a little sad at leaving my own diocese of Ardagh and Clonmacnois.

One of the developments in the diocese, which I now leave, is the well advanced plans for a Diocesan Assembly. Led by parishioners, we have spent a lot of time listening and discerning in what is a synodal path.

Part of our Assembly Prayer is: “Jesus, give us a heart of flesh to hear and to embrace the prayer of hurt, pain, tears and anger of our people”.

To move forward we must listen to all who have been hurt by their experience of Church.

I was particularly struck by what Archbishop Michael said a last month about the Catholic Church in this diocese being already synodal in so many ways. That is true and is a credit to Archbishop Michael, the people of the parishes, the clergy and religious and all involved in those life enhancing and hope filled initiatives that have taken place.  It is the Holy Spirit working in and through so many people. As we walk together may the Holy Spirit continue to guide, to challenge and to enlighten us.

I have always thought that for a diocesan priest the clergy form a sort meitheal, a group of support, of encouragement and of assistance for each other.  I am really looking forward to joining the priests of this archdiocese, to listen, to learn and to be part of their mission in joyfully spreading the Good News of the Lord Jesus.  The caring, moving and hope filled work of clergy is vital.  In the words of a very recent correspondent on the declining numbers of clergy, “You all are needed more than ever now. Best wishes to all of you. Know that your service is very important to us all”.   It reflects a heartfelt gratitude and positive view of priests and what they mean to so many people.  So this morning I would like to say a special word of greeting to the priests of the archdiocese of Tuam. I have a lot to learn and am looking forward to doing so with their help.

I particularly look forward to meeting with the parishioners, parish pastoral councils and school communities throughout this diocese. I greet the religious, those who have dedicated their lives with great generosity to the mission of the gospel in so many areas of life and continue to do so.

This archdiocese is renowned for the International Eucharistic and Marian Shrine at Knock and for Croagh Patrick and also for Ballintubber Abbey and Máméan. I look forward to engaging with the deep spiritual traditions and culture of this area.

Next Sunday I will be at the International Eucharistic and Marian Shrine at Knock, with Irish Bishops, to pray for those who died during the pandemic, for those who are bereaved and for all who sacrificed so much during that time. It has been a traumatic time for so many people and it has also been a time when we have witnessed so much selfless goodness and neighbourliness.

To the parishioners, the priests and religious of this Archdiocese, I say that really look forward to meeting with you and working with you in the time to come.  I will be on the highways and byways and the boats to visit the people in their parishes as soon as possible.  So google maps will be my go to page for some time. 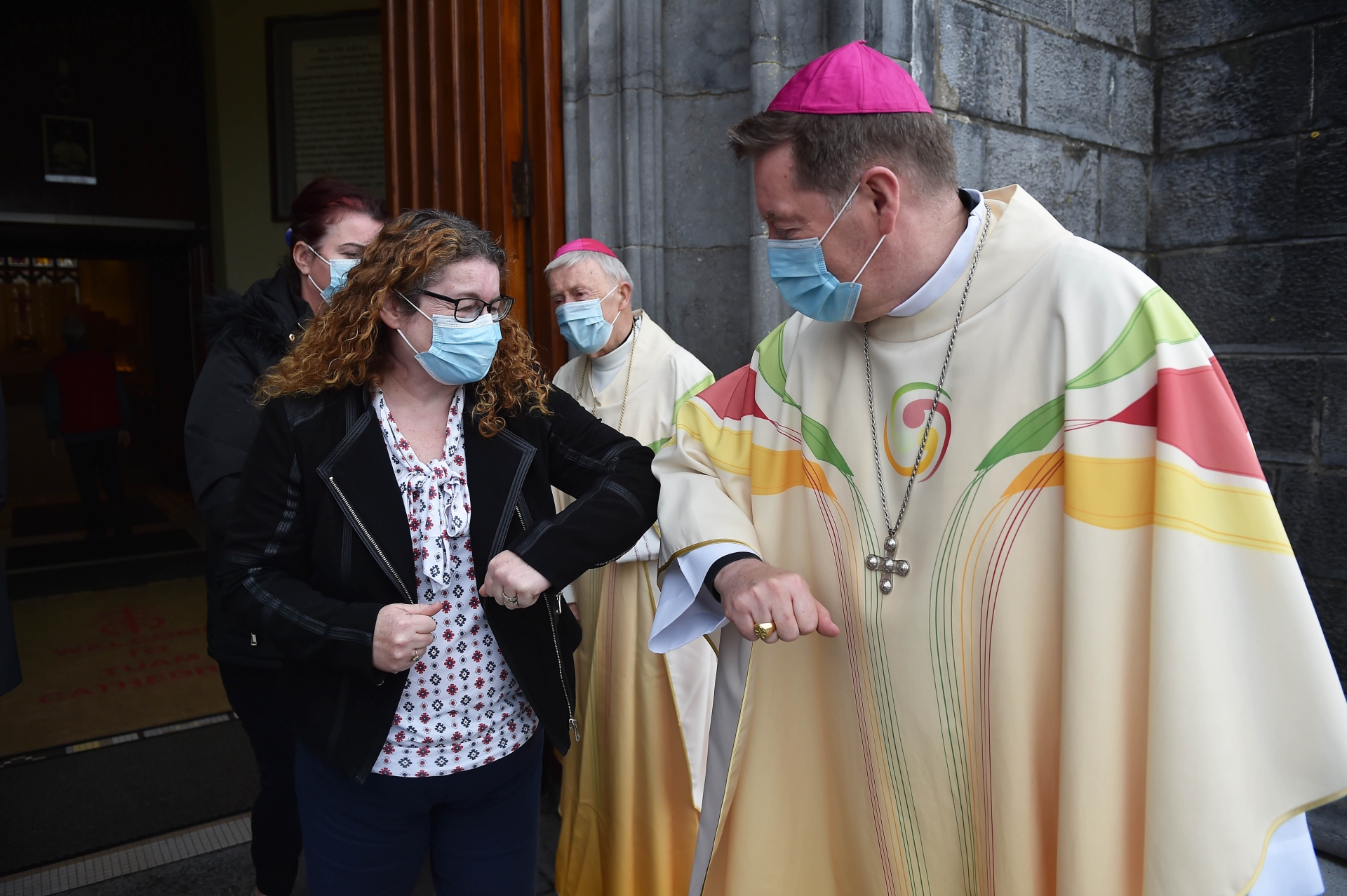 Francis Duffy was born on April 21, 1958 in the parish of Templeport, Co Cavan to parents Mary Catherine Dolan and Frank Duffy.

Francis studied for the priesthood at Saint Patrick’s College, Maynooth and was ordained a priest for the diocese of Kilmore on June 20, 1982 in Saint Mogue’s Church, Bawnboy, Co Cavan by Bishop Francis MacKiernan.

He taught at Saint Patrick’s College, Cavan, and was appointed principal of Fatima and Felim’s Secondary School, Ballinamore, Co Leitrim in 1996.

After twelve years as principal Father Francis was appointed Diocesan Secretary and Financial Administrator and Chancellor.  During that time he was resident priest in the parish of Laragh, Co Cavan.

On July 17 ,2013 he was appointed Bishop of Ardagh and Clonmacnois with his episcopal ordination taking place on  October 6, 2013 at Saint Mary’s Church, Athlone. 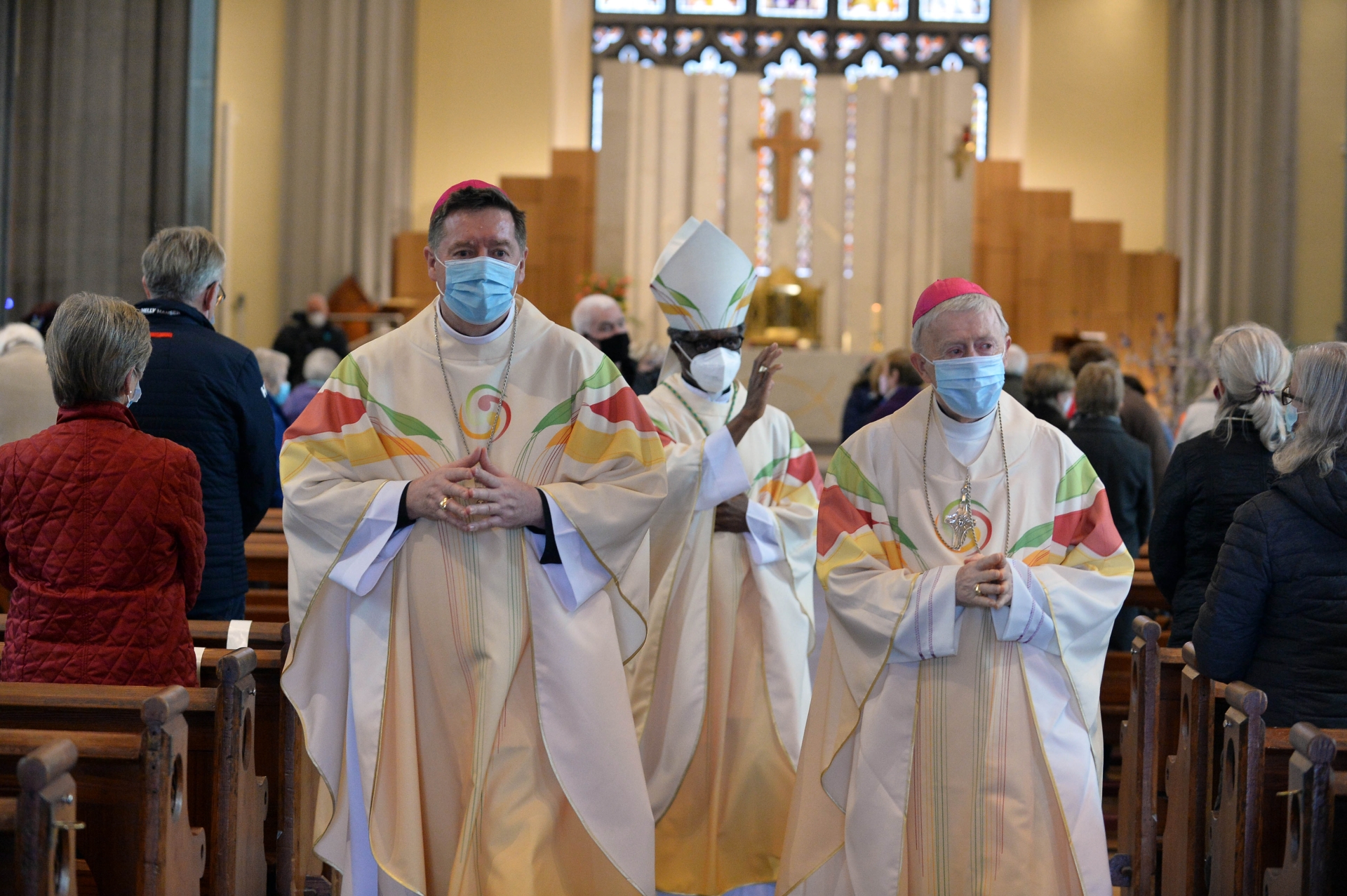 74 deaths in the last week as nearly 3,000 new cases of Covid reported today