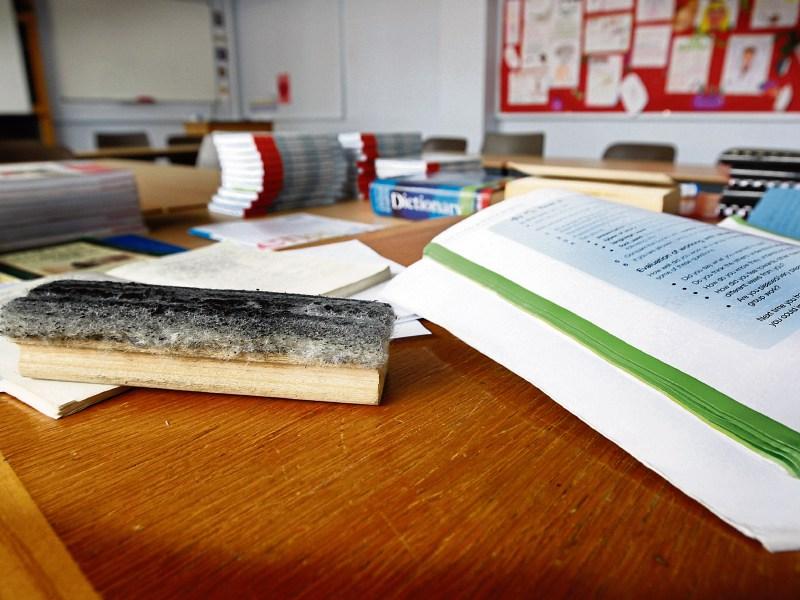 An new INTO snapshot survey shows transmissions levels of covid-19 in Leitrim are the third highest in the country.

In Leitrim, 3.5% (22) of pupils were reported as testing positive based on the survey sample. This puts Leitrim schools just behind Waterford on 4.1% and Roscommon on 3.8%. The number of positive cases in the time frame were 22 pupils out of 621.

In the schools responding to the survey nationally, 3.62% of staff (605 of 16,694) were reported as testing positive for Covid-19 during this period.

INTO General Secretary John Boyle said, “Our snapshot survey shines a light on a primary education system that is creaking at the seams. Soaring transmission levels are an indictment of the premature removal of testing and contact tracing from our primary schools, and of the frustrating failure to move quickly to deploy antigen testing. The cessation of public health risk assessments following primary school outbreaks, and the resulting unavailability of weekly reports detailing infection levels from 27 September, has concealed the escalation of positive case numbers among pupils and staff in primary schools. It simply cannot be a coincidence that the number of 5–12-year-old children contracting the virus has trebled since crucial public health supports were removed from the primary sector less than two months ago, abandoning teachers and principals to protect themselves and their unmasked, unvaccinated pupils from the impact of the highest wave of infection in their schools since the pandemic began.

"The results of the survey indicate that a significant number of school staff (605 staff members in 877 schools that responded to the survey) contracted Covid-19 in recent weeks. This contrasts starkly with the extremely low level of infection among adults in schools that had been reported in official data on schools’ mass testing prior to 27 September and challenges the narrative that Irish primary schools are low risk environments."

The INTO calls for an immediate review of the Covid-19 response plans for primary and special schools to address the upsurge in infection levels manifest since the delta variant took hold in school communities. The fast-tracking of the booster vaccine programme and the provision of vaccines for children aged under 12 will be essential to support the primary education system in the coming months.

Government must also ensure that HIQA publishes another review of the minimum age for the wearing of face masks, as promised in HIQA’s last report which was submitted to NPHET on the 24th of August and released on the 20th of September. It is entirely appropriate that the union representing workers who teach the largest cohort of unvaccinated and un-masked individuals in over-crowded and often poorly ventilated settings be consulted by HIQA on the issue. The provision of more air quality monitors and air filtration systems to primary and special schools would greatly assist our schools.

Hartley Bridge has nothing to do with Carrick-on-Shannon Bypass