Looking back at 2021 in Leitrim - October 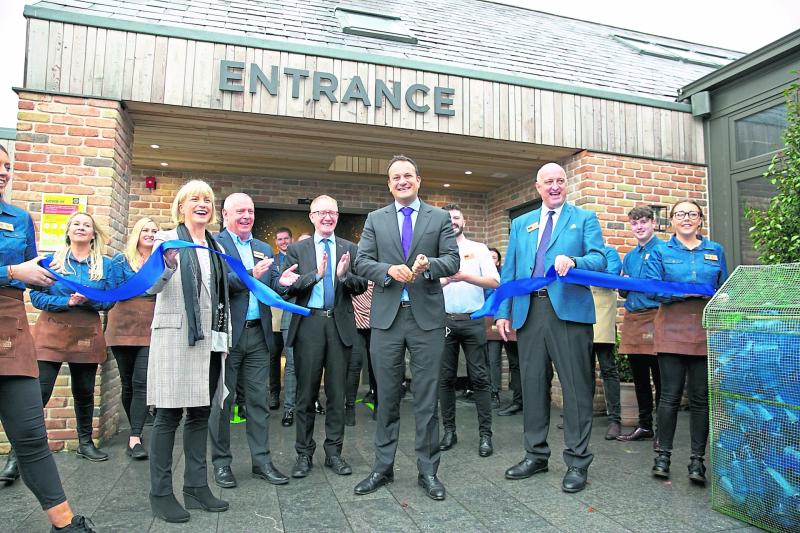 Tánaiste, Leo Varadkar, was in Drumshanbo to officially open the impressive new €3.5 million Visitor Experience at The Shed Distillery

Leitrim County Council Chief Executive, Lar Power, told elected members this month that a bypass of Carrick-on-Shannon is the only solution to the current traffic problems affecting the town.
At a meeting of Leitrim Joint Policing Committee, Cllr Finola Armstrong- McGuire and Cllr Paddy Farrell both highlighted the growing frustration over the traffic queues seen in the county town, especially on Friday, Saturday and Sunday evenings.
Cllr Armstrong-McGuire noted, “The problem of traffic (building up) in the town is on an evening basis but especially on Friday, Saturday and Sunday.”

A newly formed action group, Treasure Leitrim, this month urged Minister for Environment, Climate and Communications, Eamon Ryan to “stand with the people living in the areas where (the mining) industry seeks to establish itself and not with the companies who are seeking to profit from the destruction of the natural environment.”
The comments came after Minister Ryan published notice of his intention to grant a Prospecting Licence to Omagh-based company Flintridge Resources for 47 named townlands in two separate areas in North Leitrim. The licence focuses on prospecting for gold, silver and base metals.

Councillors were informed that it will take an estimated €4.5m in funding to clear the current Local Improvement Scheme (LIS) waiting list for work on private roads and laneways in the county.
At present there are 97 scheme applications on the waiting list and members heard that a substantial funding allocation will be needed to clear the list in its entirety.