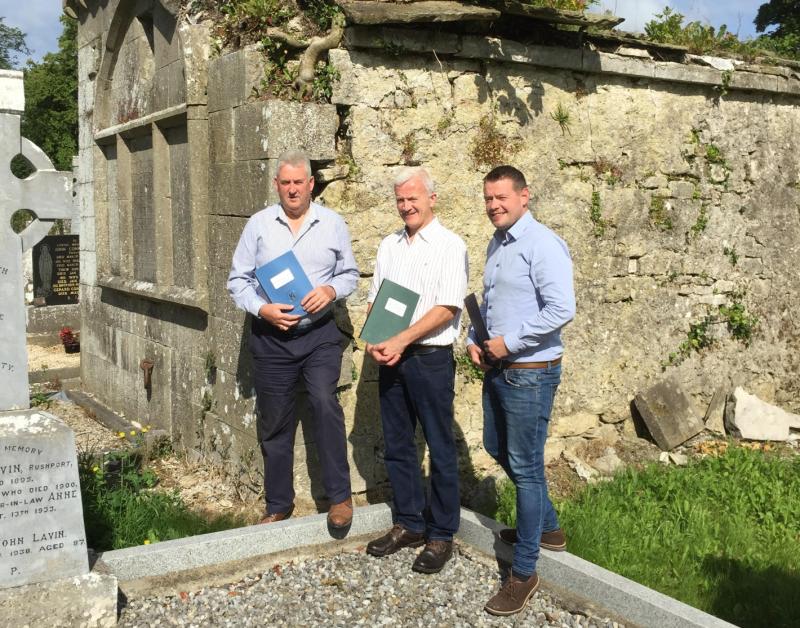 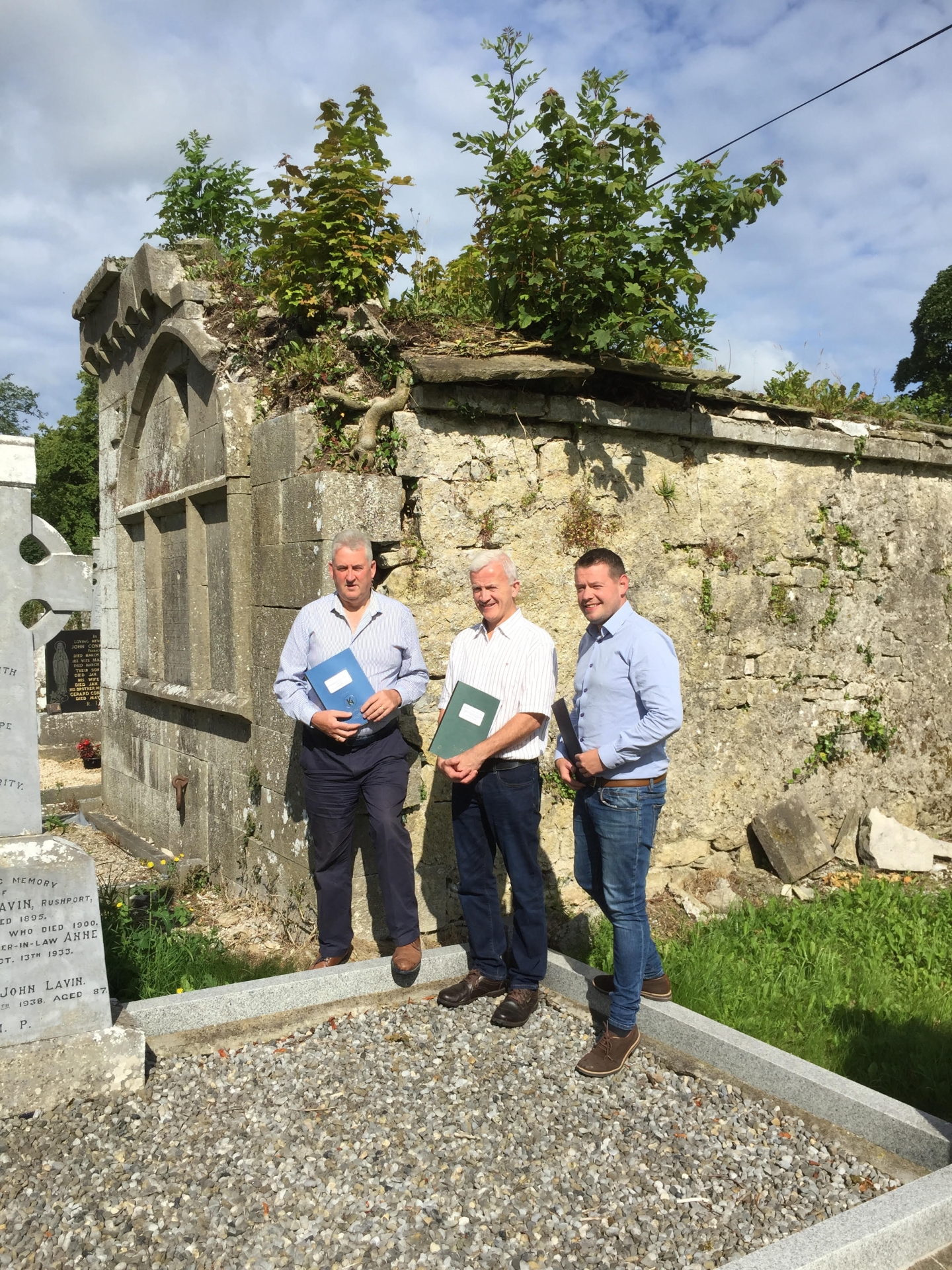 The mausoleum is 209 years old and is the final resting place of a Hugh and young Fanny O‘Beirne, along with some unidentified persons. The monument was set by Hugh’s son Frank/Francis.

The mausoleum went into serious decline over the past number of years and was in danger of caving in and doing substantial damage to the surrounding graves. The mausoleum was identified as a history and heritage project for the local development association. 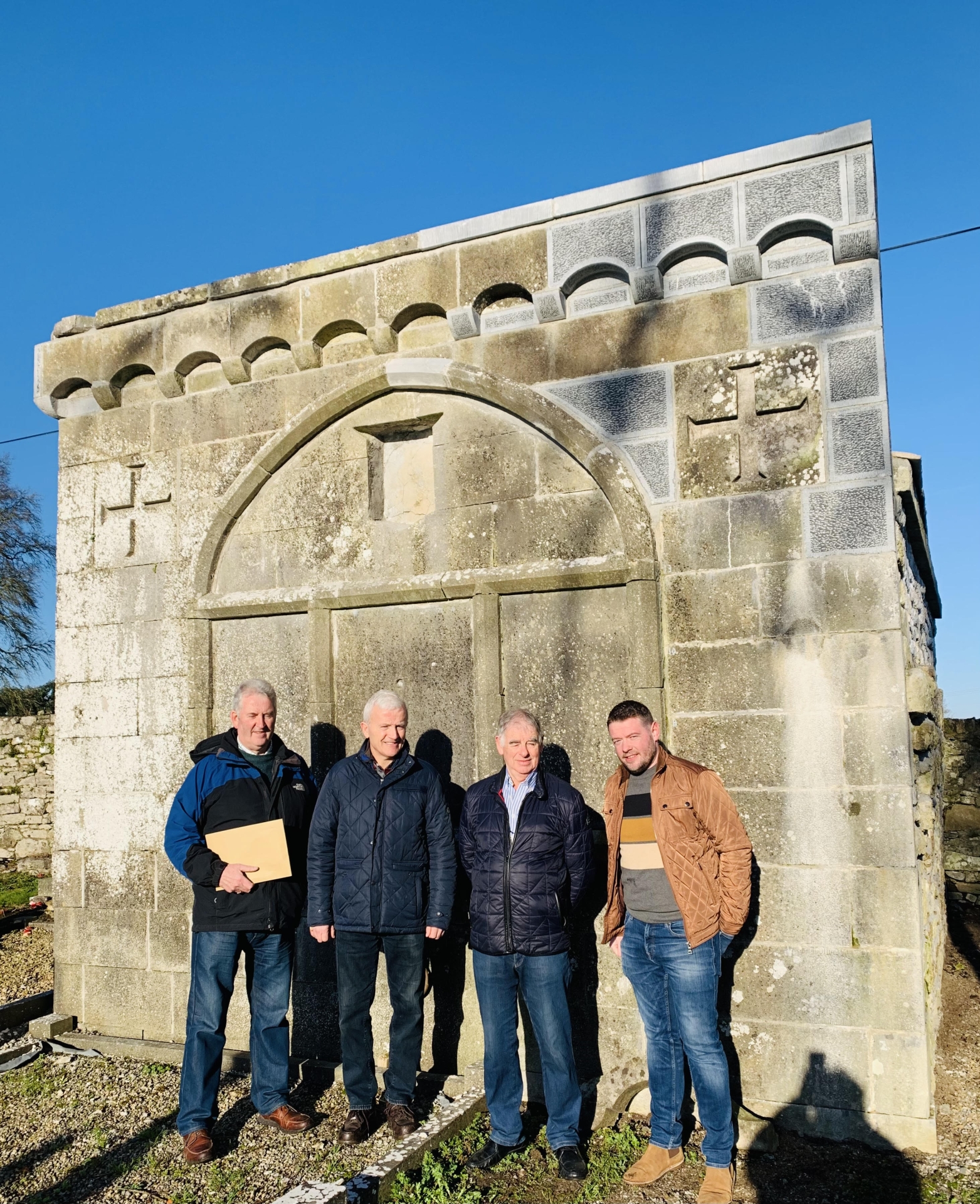 Thanks to Gerry Tiernan, Joseph O’Beirne and Trevor Hunt who secured funding to restore the project. Thanks to Bernie Sheridan who helped with work on site and to Mary Gilfillan for her assistance.

To Sean and Gerard Moffett for completing the work, to Nick Sweeney the architect on site and who completed a conservation report.

A special thanks to Nollaig Feeney, the heritage officer with Roscommon County Council who it wouldn’t have happened without.

A lot of work was carried out on the mausoleum: all trees, vegetation and soil were removed, the old ceiling was removed and redone inside, parts of the east wall was taken down and re-done, the roof on the exterior was redone and the new cut stone was purchased to re-build the face of the Mausoleum. All works was overseen by the relevant authorities.

This piece of history which is a protected structure is now secured for the future.