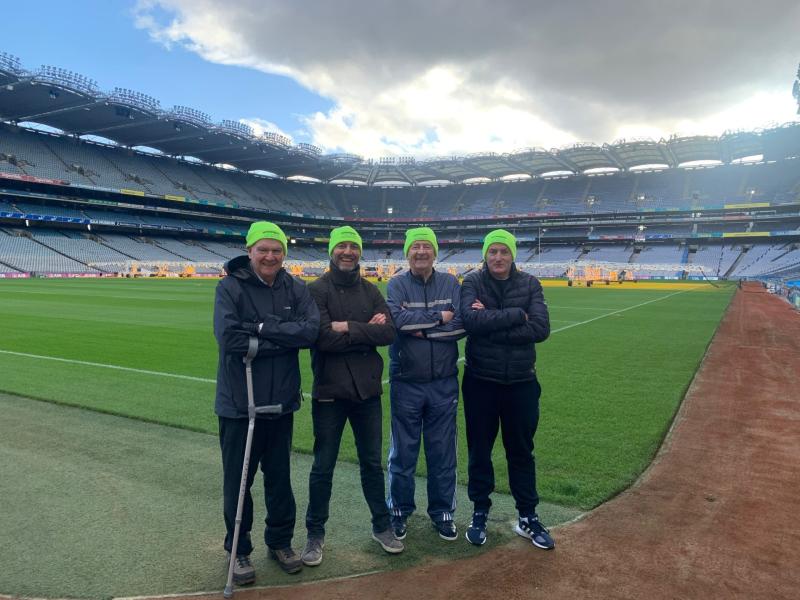 As part of their January 50 mile challenge for Leitrim GAA, three of their Dublin based supporters walked from the Clann na Gael Fontenoy club in Ringsend to Croke Park.
The Dublin based trio - Eamonn Duignan, Mike Feeney and Padraic White - recalled that Leitrim senior footballers were in Croke Park in 1994 when they contested the All Ireland semi final and more recently in March 2019 when they played there as part of their promotion to Division 3 of the Allianz League that year .
Now under the leadership of Andy Moran and his management team, the Dublin walkers are confident that Leitrim senior footballers will be back before too long in Croke Park. 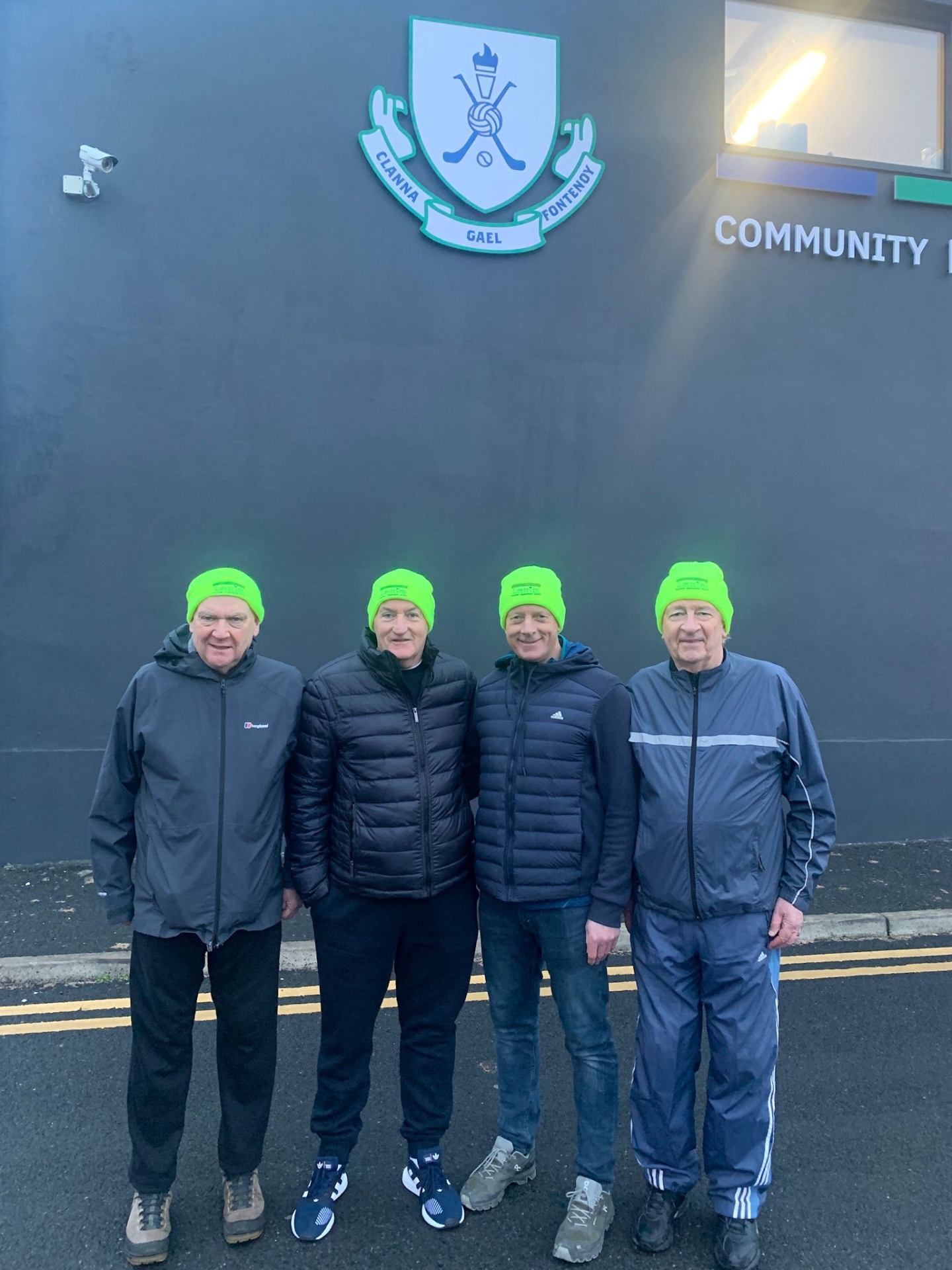 So, they decided to symbolically manifest that confidence by undertaking the walk to the hallowed ground in anticipation of Leitrim’s return in 2022. It was in the nature of a pilgrimage walk to GAA HQ.
Their 50 mile challenge walk was book-ended at both start and finish by former Leitrim senior players. At the Clann na Gael Fontenoy GAA Club, they were seen off by Declan Darcy who captained Leitrim when they won the Connacht Senior Football Championship in 1994 and when they played in the All-Ireland semi-final in Croke Park later that year.
Declan was subsequently defensive coach with Jim Gavin’s all-conquering Dublin team and coaches a number of the under-age teams at the Clann na Gael Fontenoy Club, a ground where his father Frank put many Dublin-based Leitrim footballer through their paces during the 1990s.
The Leitrim 50 mile challenge trio presented Declan with the Beanie hat produced for the challenge which is sponsored by Leitrim County Council. 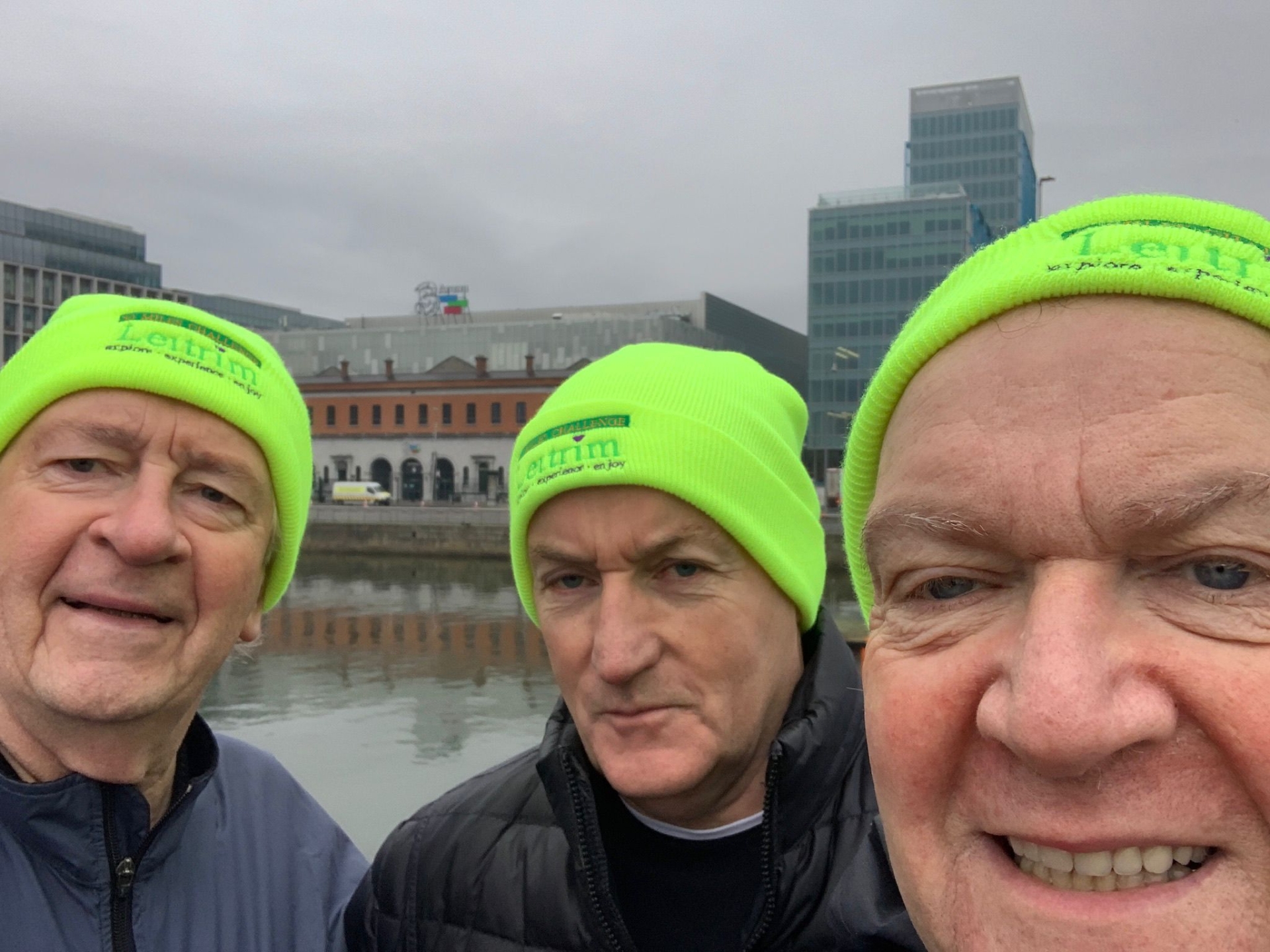 The journey from Ringsend took the walkers/pilgrims across the river Liffey at the East Link bridge, down East Wall road and on to Clonliffe Road and thence to the entrance to Croke Park.
In Croke Park, they were welcomed by Colin Regan, former Leitrim senior footballer and now GAA Community and Health Manager, based in Croke Park. Colin escorted the trio of Leitrim walkers inside Croke Park where they climbed the Hogan Stand and then went down pitch side from where they viewed the hallowed ground.
They recalled the previous visits of the County’s senior footballers to the grounds and speculated on their return there, hopefully in the not-too-distant future.
The Dublin based supporters have led the way for Andy Moran’s team: the scene is set for Leitrim’s return to Croke Park in 2022!
(Article courtesy of Colin Regan)