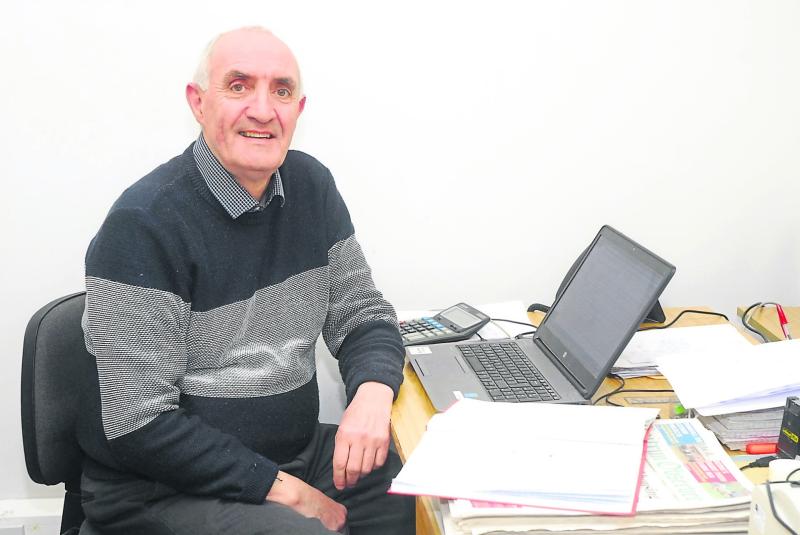 An era ends in the Leitrim Observer today Thursday, March 31, an era that spanned 45 years across six different decades and thousands, if not hundreds of thousands, of pages when Carrick-on-Shannon’s Gerry Taylor retires from the advertising department of the Observer.

For anyone who has had dealings with the Observer down through the years, Gerry Taylor has been, more times than not, the first point of contact for generations of Leitrim people and his friendliness, courtesy and professionalism is something that everyone notices.
When the Carrick-on-Shannon native closes the door behind him on Thursday, having first started work in the old Observer offices on St George’s Terrace on February 14, 1977, it will bring to a close a career that has witnessed some dramatic changes down through the years.

“I started on the 14th of February, 1977 and I’m going to finish on the 31st of March, 2022 so that is 45 years and 45 days - I counted the days,” jokes Gerry, who we press ganged into recalling a lifetime with the Leitrim Observer prior to his retirement.
“I spent 26 years working out of our offices in St George’s Terrace, that included 12 years on the road as a rep. After that, I spent 15 years in our offices in Hartley, from 2003 to 2018, and the last four years have been here in Murtagh’s Courtyard on Main Street.” 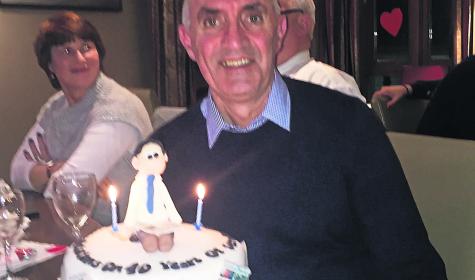 Longevity seems to be a family trait by the sounds of things - “My father Eamonn worked in Lowe’s in Bridge Street in Carrick for 42 years - which I thought at the time was a huge length of time and I never thought I’d surpass that. My wife Geradine worked in the Health Board for 41 years.”
Given the enormous changes that transformed the newspaper business in those years, it is not surprising to learn that the Observer wasn’t exempt from such radical shifts.
“A lot of changes definitely,” Gerry agrees, “The biggest change was from the old hot metal system, which was here when I started in 1977, it went to lithoplate which was a copy and paste system, that was in 1987 and that was ten years after I started.

“When I started first, the Observer was 16 pages, in two sections of eight and it was printed eight pages at a time. That all changed when we went over to the lithoplate. That was definitely the biggest change I experienced but today, the entire system is completely computerised, which is another massive change.”
Yet despite all the technological advances, advertising remains the province of people skills and relationships and anyone who has ever met Gerry Taylor can attest, he is very much a people person!

“The job was very much about relationships with people you are dealing with face to face most of the time or talking to them over the phone. I did develop friendships with a lot of my customers, there were some fierce sound people,” said Gerry - a description that many would apply to the man himself.
“During my 12 years on the road as a rep, I would have travelled the length and breadth of County Leitrim and the adjoining counties of Cavan, north Roscommon and Sligo. I did the famous north Leitrim paper run for years, that was the guts of 200 miles! Started in Carrick, up to Sligo and Bundoran and then came over to Belcoo, into Dowra and back to Carrick - that was a long day’s work.”

You sense that Gerry, who was heavily involved down through the years with Carrick Town FC, will miss the friendships he formed over his 45 years: “I worked with an awful lot of people, the guts of 100 people, and I had some great friends there and am still in contact with a lot of them.”
For all that, there is no denying that Gerry departs the Observer with no regrets: “I will miss the place, of course I will - it is going to be a big change. I won’t really know till it hits me, till I’m gone. We have planned a few days away in the weeks after I go but in the weeks after that, I’ll miss the place.

“I’ll miss the routine, there were always things happening in the office, you’d hear of events around the county and around the town. Lucky enough, I had my health during those 45 years, thanks be to God. I hardly ever missed a day but I am looking forward to finishing.
“I think the time is right, the time has come - I was 18 when I started, I’m 63 this year - I’ve done my time.”
As for the future, grandkids and beaches are on the to-do-list: “Looking forward to retiring - I’ll be able to spend a bit more time with my two grandchildren Corey & Ava and I’m looking forward to visiting my favourite places in the north west which would be Enniscrone, Mullaghmore, Strandhill and Rossnowlagh.”

Everyone associated with the Leitrim Observer would like to wish Gerry a long, happy and well deserved retirement. We’ll miss the craic and jokes!