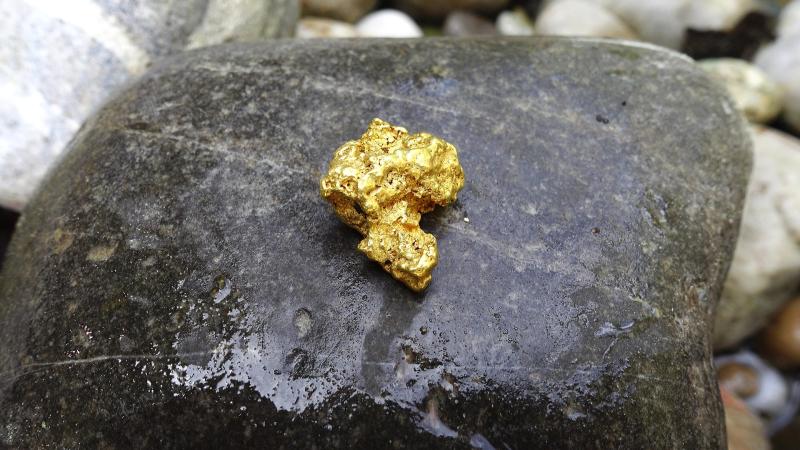 Is there gold in north Leitrim? Prospecting licences have been granted to find out.

It has been announced that two prospecting licences for base metals, gold and silver, have been granted in designated areas in  north Leitrim.

Those who made submissions relating to the Minister’s public notice which was published in the Leitrim Observer in October 2021 were informed that following a detailed review of all valid objections received by the Geoscience Regulation Office (GSRO), the Minister was satisfied to grant the two licences to Flintridge Resources for base metals, gold (ores of) and silver (ores of).

“The decision has been taken following consideration of all the issues raised in submissions received and also an assessment of the application to ensure that the activity is licensed in accordance with relevant national legislation,” the reply stated. 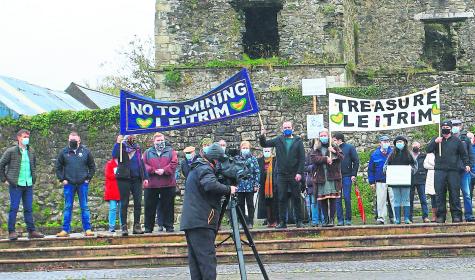 Objectors to mining in Leitrim pictured in Manorhamilton in December.

A large number of issues were raised in various submissions opposed to the granting of the prospecting licences (PLs).

Among them were the adequacy of the public consultation; the environmental impacts of prospecting; public safety concerns; the impacts of prospecting on agriculture and tourism; the rights of landowners to enjoy their land; EIA screening of drilling activities; minimal financial gain to the State from granting the PLs; issues raised in relation to the applicant in its practice of mineral exploration; and general overarching issues raised in relation to mining including the risk to the environment from harmful chemicals that are used in mining and the risk to surface and groundwater.

Is there a difference between mineral exploration and mining?
Mineral exploration (prospecting) and mining are often confused with each other. Mineral exploration is not mining. They are two very different activities given their environmental impacts and scale. Different regulatory rules apply to each and there is a completely separate and distinct licence application process for each activity. A prospecting licence relates to the activity of exploring for minerals only and does not give the licence holder permission to mine.

Does mineral exploration always lead to mining?
The State has issued thousands of prospecting licences for mineral exploration over the years. Only a handful of licences have led to mining operations. If a viable mineral deposit is discovered, and if a company wishes to extract those minerals, they will need to go through a separate mining licence application process.

What is mining?
Mining is the activity of removing valuable minerals from the ground. In order to consider mining, you first have to be sure that there is a viable mineral deposit. There are two main types of mine – surface (also known as open pit or open cast) and underground. 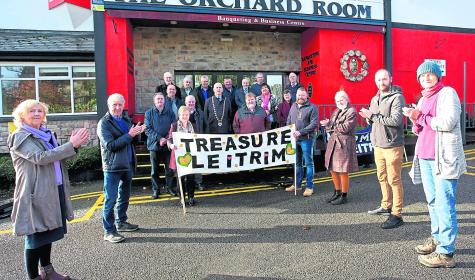 How do you get a mining licence?
If you have a prospecting licence and you find a viable mineral deposit, you cannot just extract those minerals.
If you want to mine the minerals discovered during prospecting, there are three separate licences you will need to get from the Government:
• An integrated pollution control (IPC) licence from the Environmental Protection Agency (EPA). IPC licences aim to prevent or reduce emissions to air, water and land, reduce waste and use energy/resources efficiently. An IPC licence is a single integrated licence which covers all emissions from the facility and its environmental
management
• Planning permission from the local authority (including a full environmental impact assessment and public consultation)
• A mining lease or licence from the Minister for the Environment, Climate and Communications

The Minister will not consider granting a mining lease or licence until both the planning permission and an IPC licence have been granted.

How are mines monitored?
Environmental monitoring of a mine is performed under an IPC licence from the EPA. Enforcement activities are carried out by the EPA through inspections, audits and emission monitoring. Inspectors assess the results of emissions monitoring carried out at licensed facilities to determine the impact, if any, of emissions on the environment. For more information visit the EPA website.
Departmental officials also monitor mining operations. At a minimum, biannual inspections of each of the main State mining facilities are undertaken by specialist mine inspectors to ensure they are compliant with the terms of the mining lease or licence.

Does Ireland have any mines?
Ireland is internationally renowned for world class zinc-lead mining. Over the last 50 years significant zinc, lead and copper discoveries have been made, including the largest underground zinc and lead mine in Europe at Navan, Co. Meath. Gypsum is also currently mined in Co. Monaghan.

I am worried that a prospecting licence will lead to mining. Can I object on this basis?
No, only submissions that relate to entering on land or prospecting for minerals and that do not relate to working (mining) the minerals or compensation for working the minerals will be considered by the Minister.
In the event that licensed prospecting activities lead to an intention to mine, three separate State consents are needed, providing for public consultation. This is the appropriate time to object to mining.

I would like to object to a mining licence – how do I go about this?
If a company intends to develop a mine they will require three separate consents, providing for public consultation. This is the appropriate time to object to mining. The regulation and licensing of mining for minerals is an independent and separate process from prospecting.

Who owns Ireland's minerals?
Minerals legislation is complex. What follows is general guidance only and does not purport to be a statement of the law. Minerals are either State owned or privately owned. Approximately two thirds of scheduled minerals are State owned, as is all gold and silver.

A company has been granted a prospecting licence; can they start drilling, trenching or working in sensitive sites?
If a prospecting licensee wishes to carry out drilling or dig a temporary trench, an application must be made in advance to the Minister and it will be screened for compliance with environmental protection legislation. This applies no matter where the activity is proposed.
On the rare occasion that a company proposes to carry out work within a Natura 2000 site, the Minister will seek the view of the National Parks and Wildlife Service. Licensees are obliged to follow the Geoscience Regulation Office's Guidelines for Mineral Exploration, as part of their prospecting licence conditions. These guidelines set out, in considerable detail, standard operating procedures to avoid damage or pollution. All exploration activities are screened in advance to ensure that there will be no significant environmental effects.