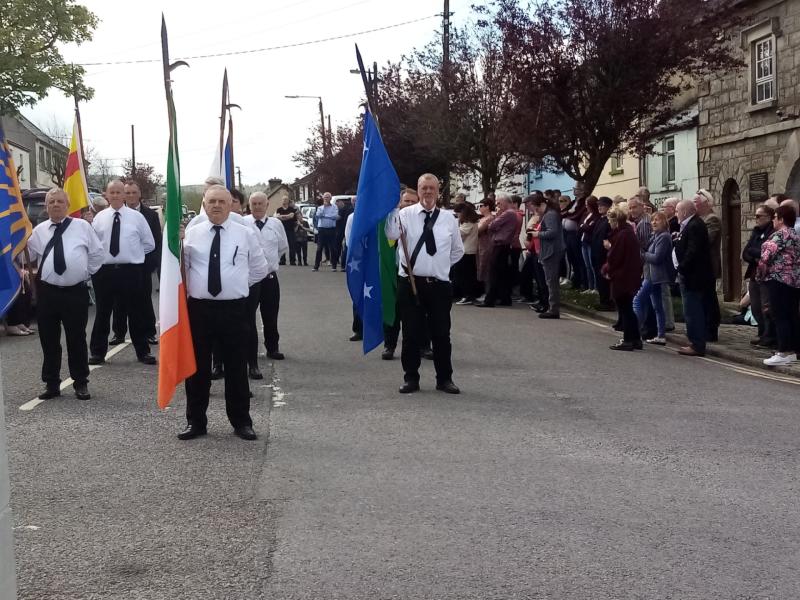 The recently cleaned and restored Seán MacDiarmada monument sparkled in the bright sunshine for the 2022 commemoration of the life and times of our national hero Seán MacDiarmada.

There was a big attendance at the commemoration, which was scaled back significantly due to the continuing challenges posed by Covid. A well-drilled colour party marched from the church to the monument to signal the start of proceedings.

Michael Colreavy introduced and chaired proceedings throughout. Wreaths were laid by Maura and Rosa Mylonas (grand-niece and great grand-niece of Seán Mac Diarmada) on behalf of the  MacDiarmada family; Pádraig McSharry laid a wreath on behalf of Sinn Féin and Maureen Cullen on behalf of the organising committee. 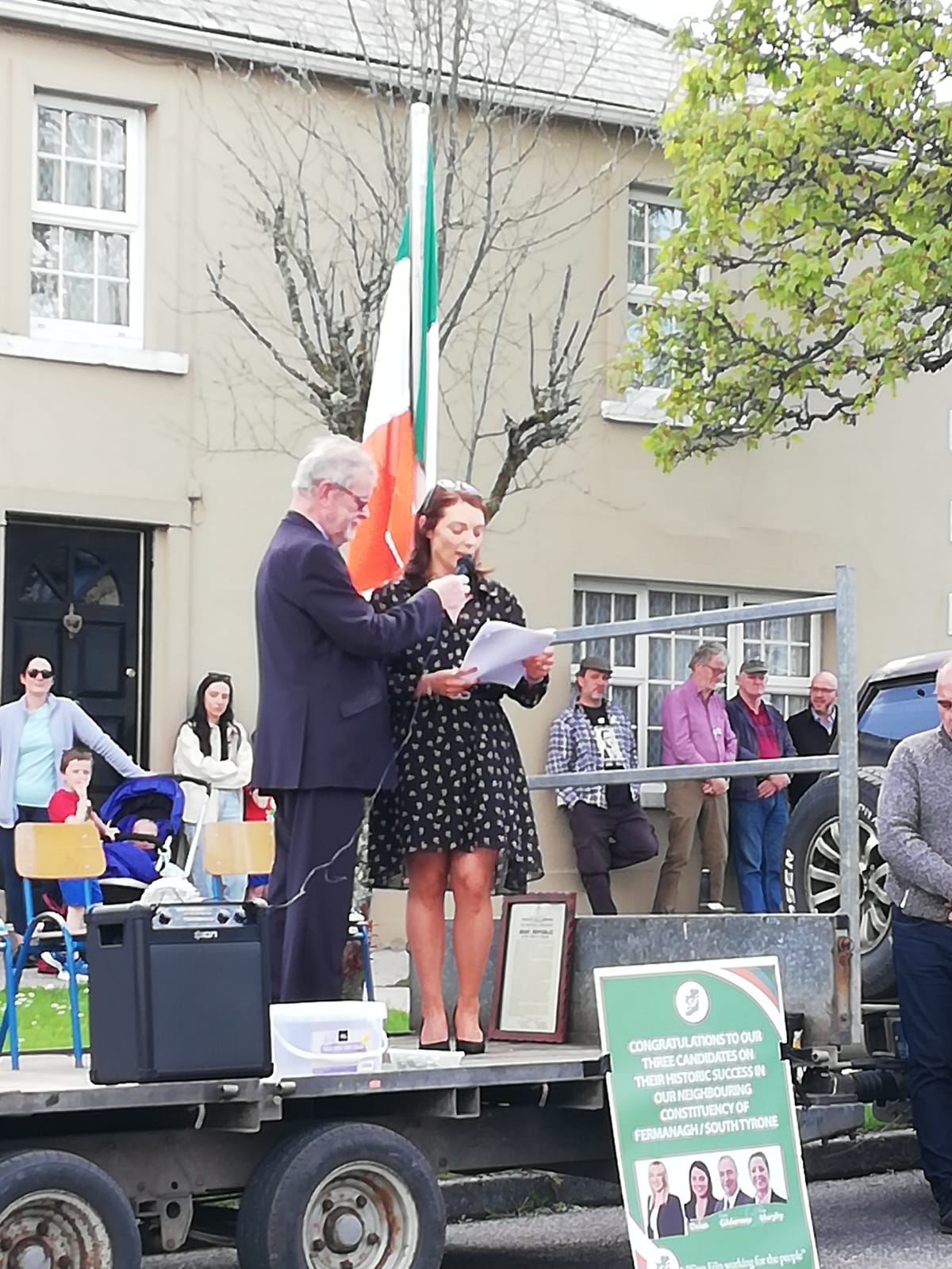 There was a period of contemplation and reflection with a decade of the rosary to remember all who died in the cause of Irish freedom, and all of those who helped organise or attended previous commemorations but were unable to do so now because of illness or death.  The rosary was led as Gaeilge by Kiltyclogher native James Dolan.

Cllr. Pádraig Fallon read the Proclamation of Independence followed by the main oration by recently re-elected MLA for Fermanagh / South Tyrone Jemma Dolan. Jemma recalled the life and very difficult times of Seán MacDiarmada, and made the point that we all must use every peaceful avenue to achieve MacDiarmada’s vision – a free, independent, fair and prosperous Republic of Ireland where every citizen is treated with respect.

She paid particular tribute to the many people from Leitrim, Sligo, Donegal and further afield who helped out with canvassing for the elections, and said that their support and actions ensured the re-election of the three Sinn Féin MLAs in Fermanagh / South Tyrone and - indeed – the assistance provided throughout the 6 counties that ensured a historic Sinn Féin victory.

Martin Kenny TD then addressed the assembled crowd on an urgent issue facing people in the immediate north Leitrim area, but also throughout Ireland – Gold and Base Metal mining. He noted that Minister Eamon Ryan had authorised prospecting licences for extensive lands throughout north Leitrim, despite extensive local objection and the opposition of elected Leitrim County Councillors. He stated that we must all do whatever we can to stop this plundering of our natural resources to fill the pockets of the already wealthy at the expense of our people.

Michael Colreavy thanked all who had helped organise and who participated in the commemoration. He paid particular tribute to Séamus Shanley and Pádraig McSharry who worked tirelessly to help organise the event; to  Ciaran Rock, Patricia McCaffrey, Joe Sheerin  and all members of the Community Council for their unstinting support for the event.

Michael finished by thanking everyone who attended and expressing the hope that we will be able to revert to a full programme of events again in 2023.

The commemoration concluded with a spirited rendition of the National Anthem by Dubeck Carroll.