GEAI slams the construction of wind farms on peatlands 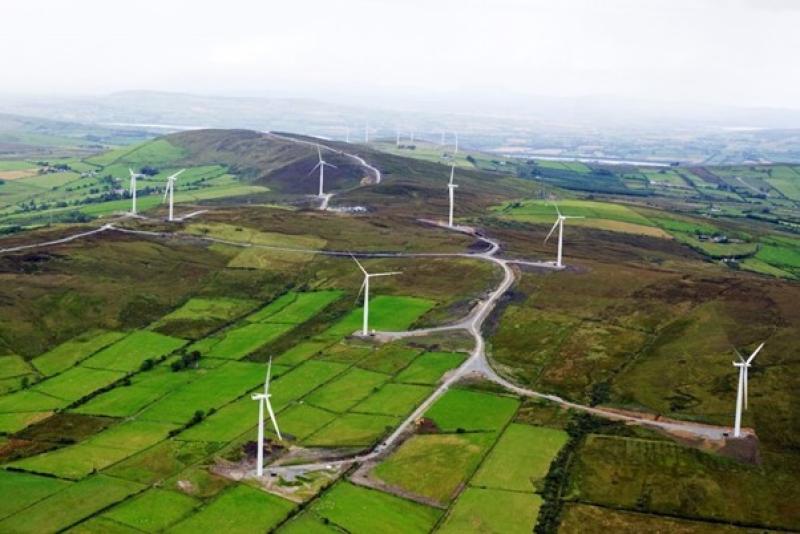 Pictured is Slievebawn Windfarm in Roscommon

This Wednesday, June 15 is Global Wind Day. To mark the importance of this day, Good Energies Alliance Ireland (GEAI) has published on its website its new Policy Statement on on-shore wind energy generation.

As well as looking at wind generation benefits and concerns, the statement includes recommendations on the siting of on-shore windfarms and on community engagement.

“GEAI strongly supports wind energy but is against the construction of windfarms on peatlands,” said Aedín McLoughlin, CEO. “There are over a million hectares of peatlands in Ireland, whose importance is only now being generally recognised.

“This importance lies in the carbon they store and absorb, making their preservation and restoration a vital factor in the fight against climate change. Peatlands are richer in carbon than mineral soils because bogs are formed from decomposing wet vegetable matter. They therefore have a higher net carbon loss when drained for construction. In fact, this loss is so high that a windfarm built on a non-degraded bog from 2025 is likely never to generate a reduction in carbon emissions during its life cycle!”

This raises concerns about the potential environmental and human risks caused by the potential instability of turbines; such landslides commonly occur in Ireland (i.e., Derrybrien and Derrysallagh farms), and especially on peatlands.
This adds another factor to the choice of location for windfarms and the GEAI policy emphasises the importance of geologic surveys before planning application.

Silvia Garcés, GEAI policy officer, also had the Social Pillar of sustainability in mind.
“Further research into impacts on the local economy and on ownership models that contribute to permanent benefits to the community is needed”, she said.

“There is a danger that community engagement has been relegated to a mere process of management of queries or complaints from the local population. Including communities and households in the planning of wind farms and allowing their voices to be heard in a meaningful way must be a priority.

“Gone are the days when developers can promise support for the local team or community facility and gain blanket support from communities for a local windfarm.

“A suitable dividend for communities is demanded, giving real economic and social benefits for the local area.”
The policy statement finishes with recommendations for community engagement that include:
- Ownership by community co-operatives and partnerships (co-operative model).
- A ‘gift’ of (part) ownership in turbines, i.e., the promoter will offer shares to residents or to local NGOs with the capacity to distribute them to local initiatives (ownership model)1.
- Local communities get energy from the turbines at a lower price.
- Local maintenance technicians and monitoring personnel to be trained and employed.
- More active promotion of residential wind turbines as an option for people in rural areas.

“The full Policy Statement is published on our website and social media,” said Silvia. “Comments are welcome.”