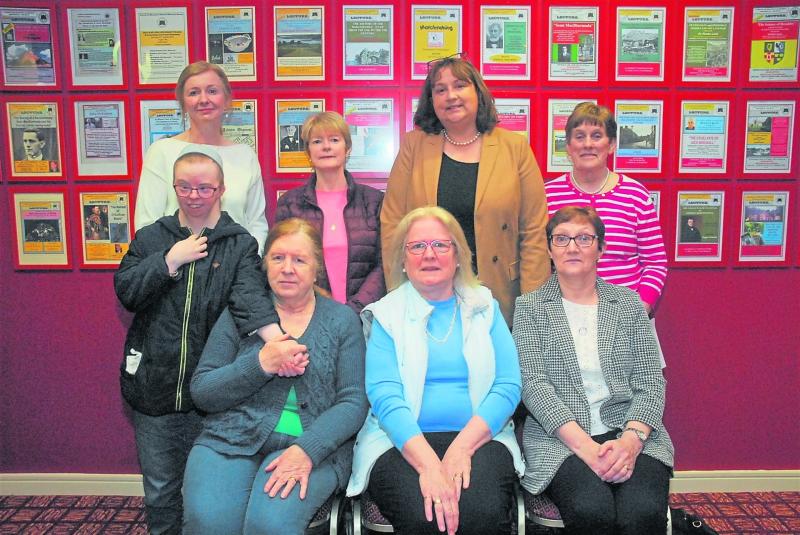 Some Leitrim carers who met with Minister of State Anne Rabbitte

Residential and respite care for people with special needs is urgently needed in South Leitrim.
Cllr Enda Stenson said a number of elected members had a “successful and productive” meeting with the HSE, Minister of State Anne Rabbitte as well as parents of children with special needs about the “immediate need” for both residential and respite accommodation in South Leitrim.

He said the HSE informed those present that a “suitable site close to the rear of St Patrick's Hospital has been earmarked.”
He asked the Council if the HSE has been in touch with them to start the planning process.

Senior Planner at Leitrim County Council, Bernard Greene, said they have not been approached by the HSE in relation to this, but when they are, the Council will engage and set up an immediate pre-planning meeting.

Cllr Stenson said while there is a respite facility in Tullaghan and Sligo, these are too far away from South Leitrim families.
All councillors supported the need for respite care, with Cllr Des Guckian saying that more than two units, which can only hold 6-8 people each, are needed in the region.
Cllr Sean McGowan noted that Deputy Rabbitte had said funding was not an issue.

Councillors said it was “heartbreaking” to hear the plight of parents who must care 24/7 for children with special needs, they said help must be provided urgently.
It was also noted that the HSE had said they would set up a liaison group with local families and that a member of the Council could be involved.
Leitrim County Council said the planning department are ready to liaise with the HSE as soon as they are ready to discuss their plans.